Kurt Kondrich
The most endangered species in England 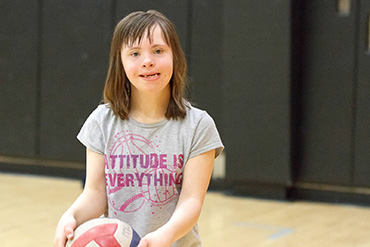 According to sources in Great Britain the Turtle Dove has seen a 90%+ decrease in numbers since 1970, and this legendary creature seen as the symbol of true love and featured in one of our best-known Christmas carols is declining so rapidly that it may be gone from Britain by the next decade. This is very sad and requires immediate attention, but there is another beautiful species in England that is facing extinction with very little if any outcry or publicity. The individuals of this unique species also symbolize true, unconditional love, and they have brought immeasurable happiness, purity, and goodness to a lost culture of death and depravity.

A recent study indicates that that 92% of babies with Down syndrome are aborted in Britain, and abortion is legal in Britain, up to birth, in situations where a baby is diagnosed with Down syndrome: http://www.lifenews.com/2014/06/10/92-of-babies-with-down-syndrome-in-england-are-killed-in-abortions This silent, prenatal eugenic movement is spreading not just in England but across the globe, and like the Turtle Dove individuals with Down syndrome could move from the endangered species list to the extinction category in the not too distant future. If children with Down syndrome were furry animals, unique birds, rare fish or beautiful plants facing a 90%+ termination rate would there be worldwide protest, outrage and media coverage? 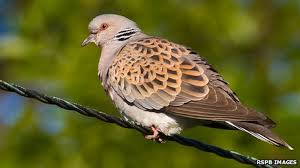 My amazing daughter Chloe was born in 2003 with a diagnosis of Down syndrome, and she has done more to spread light, love, happiness and hope in 11 years than most people do in a lifetime. Chloe meets frequently with policymakers and leaders to show the ABILITIES and purity of children with Down syndrome, and she has shown countless people that all life is a priceless, precious gift to be embraced, protected and cherished. I recently asked an elected official this question: "How do you know Chloe and individuals like her are not looking at the rest of us and thinking 'What is wrong with these humans who are filled with anger, violence, hatred, depravity and despair and why can't they fix themselves'?" Who are the truly defective, broken, disabled ones in our culture of death?

In the late 18th and early 19th centuries William Wilberforce was a member of parliament and an unwavering voice of truth across England who was very influential in the abolition of the slave trade and eventually slavery itself in the British Empire. England and the rest of the world are in desperate need of many courageous, loud, truthful voices like Wilberforce to end the prenatal eugenic slaughter of a unique species this misguided world cannot afford to lose. Proverbs 14:25 A truthful witness saves lives, but a false witness is deceitful.