On Christmas Day, we celebrate the birth of Jesus Christ, who entered this world as a vulnerable infant to save us from our sins and secure the path to our eternal home in heaven. Most believe the first presence of Jesus happened at the manger in Bethlehem, but God’s Word clearly shows that Jesus’ presence on earth first occurred in Nazareth: “The angel said to her, 'Do not be afraid, Mary, for you have found favor with God. And now, you will conceive in your womb and bear a son, and you will name him Jesus'” (‭‭Luke‬ ‭1:30-31‬ ‭). At that moment, Jesus was physically present on the earth, and the Creator of the universe and Savior of mankind entered the world in the most dangerous place for a helpless, defenseless baby – the womb, where in America we slaughter over 2500+ innocent children daily and have killed 62+ million unborn babies since 1973.

When Mary received angelic notification that she was pregnant with Jesus, she ran to share the news with her relative Elizabeth, who was miraculously pregnant with John the Baptist. Unborn Jesus would have been about the size of a pea, and the moment Mary approached unborn John the Baptist, John leaped for joy: “When Elizabeth heard Mary's greeting, the child leaped in her womb” (Luke‬ ‭1:41‬ ‭). John the Baptist was the first human being after Mary to celebrate Jesus’ presence on this earth while he and Jesus were still in the womb.

We live in a lost, blind, misguided world where many people believe it is acceptable to kill an unborn baby for any reason in the womb up to the moment of birth. Some even believe it is OK to allow a child who survives an abortion attempt to die in terrible pain while receiving no medical care. Since Mary and Elizabeth were poor women who probably struggled in the world, would they have been advised to abort Jesus and John the Baptist and been told the lie that millions have heard that their child would never amount to anything?

Jesus and John the Baptist clearly showed us the priceless gift and sanctity of life at the moment of conception, and as we open Christmas presents, let us rejoice and stay focused on the First Christmas Presence of Jesus Christ on this earth in the womb of Mary at the town of Nazareth. 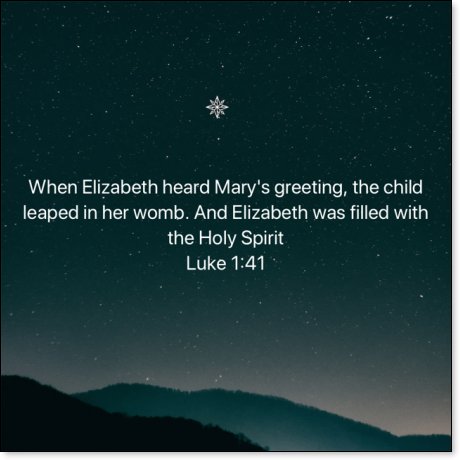 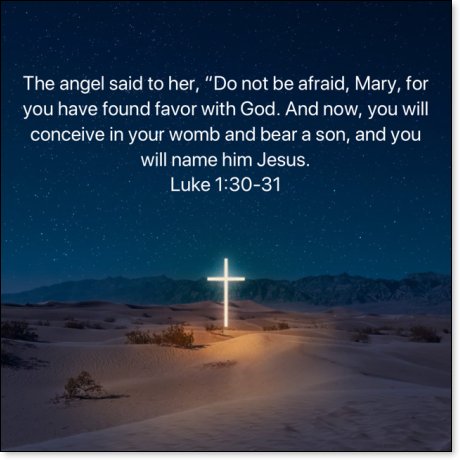