February 25, 2015
During the recent Summit on Violent Extremism held in Washington, D.C., President Barack Obama said that the U.S. battle against "violent extremism" doesn't mean it's a war on the Islamic world and using the words Muslim or Islamic offer the very terrorist group we are fighting a certain amount of legitimacy. However, the head of a congressional committee that oversees the nation's Homeland Security responded by saying to reporters, "[Obama and his administration] won't even call the threat what it is. How can you talk about defeating an enemy you cannot name?" 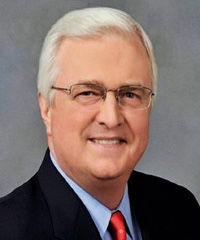 In an almost accusatory tone, President Obama seemed to be more concerned with an angry reaction by Americans and Europeans to the beheadings and other executions by members of the Islamic State of Iraq and Syria (ISIS) and other Islamist organizations and spoke about the need to not stigmatize Muslim community because their faith is being perverted by extremists. "No religion is responsible for terrorism, people are responsible for violence and terrorism," Obama said.

One could only wish that President Obama and his so-called national security team, especially his National Security Advisor Susan Rice and his chief confidante Valerie Jarrett, would read a newly released book that more than explains not only how policymakers should discuss the enemy in this war against Islamic extremists but also how the United States, as the most powerful and exceptional nation in the world, should wage war against an enemy that is as cunning as it is fanatical.

That newly released book is "The New Terrorism: How to Fight It and Defeat It" by Van Hipp. The author is living proof that someone with real-world experience trumps the denizens of academia who populate the Obama White House and most of the executive branch who the President calls his national security team.

Hipp, a former Deputy Assistant Secretary of the Army, expertly and efficiently navigates the increasingly complex national security threats that face the United States and U.S. interests, while revealing the shortcomings within the systems slated to address them.

In this book, Van Hipp capitalizes on his years of studying national security at the highest levels to capably analyze the threats posed by Islamic terrorist organization towards the United States. While members of the Obama administration appear to be lacking in the understanding of the "enemy" in this current asymmetrical conflict with an enemy hell-bent on achieving their apocalyptic vision, Van Hipp understands the enemy and understands what it will take to vanquish that enemy.

In "The New Terrorism: How to Fight It and Defeat It," Hipp offers his readers a perceptive and practical recommendations, based on his extensive experience and knowledge, to address the current thinking towards national security and the systems in place. He acknowledges that the "New Terrorism" includes a full scope of terrible possibilities that could cripple the American infrastructure and society: ranging from cyber warfare to electromagnetic pulse attacks to chemical and biological weapons threats. No threat or enemy, in Van's opinion, is worth taking lightly as our enemies seek to destroy our entire way of life.

One of Hipp's readers, a former commanding general for the First U.S. Army, put in succinctly when he stated, "This marvelous and fascinating book on what the terrorists have done and can do should be required reading for all Federal and State leaders. Include the Department of Defense and DHS so they can plan and implement items to keep our country safe. It should be required reading to lead to implementation."

Hipp is currently the chairman of American Defense International, Inc. (ADI), a Washington, DC based consulting firm specializing in government affairs, business development and public relations. From 1986 to 1989, Van Hipp served as the South Carolina Republican Party chairman and served as a member of the Presidential Electoral College in 1988.

In 1990, Van Hipp was sworn in as Deputy Assistant Secretary of the Army (Reserve Forces and Mobilization) and served in that position during Operation Desert Shield/Storm. Following the "Tailhook Scandal," Hipp was named by then Secretary of Defense Dick Cheney to be the Principal Deputy General Counsel of the Navy. He served in this capacity until January 1993.

A veteran of the U.S. Army, Hipp speaks on defense issues at public forums across the country, and his articles on defense and international policy have been widely read in the national print media. Hipp has appeared on the Fox News Channel, MSNBC, CNN and other networks as an expert commentator on the War on Terror, defense and national security issues. In addition to his military-related experience and achievements, Hipp is also an attorney having graduated from the School of Law at the University of South Carolina.

In 2011, Hipp was instrumental in organizing the Commander-in-Chief Debate at Wofford College, the first foreign policy and national security Republican presidential debate, which was sponsored by CBS News and National Journal. Van Hipp is married to the former Jane Grote of Nashville, Tennessee, and they have three children: Trey, Sarah Camille, and Jackson. Van and his family split their time between Alexandria, VA and Georgetown, SC.

How to Fight It and Defeat It

Jim writes for many police and crime magazines including Chief of Police, Police Times, The Narc Officer, Campus Law Enforcement Journal, and others. He's appeared as on-air commentator for over 100 TV and radio news and talk shows including Oprah, McLaughlin Report, CNN Headline News, MTV, Fox News, etc. His book Assume The Position is available at Amazon.Com, Booksamillion.com, and can be ordered at local bookstores.

Jim holds a bachelor of science in criminal justice and master of arts in public administration and he's a board certified protection professional.

May 29, 2017
The conservative approach to taxation and a healthy business climate

December 23, 2016
Trump's border wall: The bill was passed and signed into law