January 20, 2011
Last Saturday, hundreds of San Diegans met at Mt. Soledad Memorial Park to protest a recent decision by the U.S. 9th District Court of Appeals. The court's ruling stated that the 57 year old cross which is on government owned grounds and is part of a war memorial, is "unconstitutional."

This most recent ruling is yet another episode in the 21 year old legal battle. The original law suit was brought in 1989 "when Phillip Paulsen, an atheist filed suit, and a court ordered the city to remove the cross. San Diego responded by placing the property for sale, with the approval of 76% of voters. But the subsequent sale was ruled unconstitutional after Paulsen objected, arguing the sale had the effect of preserving the cross" (Lambert, WND). Interestingly I once asked Mr. Paulsen to debate the issue on my local TV show, Night Lights (www.JamesLLambert.com) ... But after talking to Paulsen on the phone, I sensed that it might be challenging to conduct a debate free from coarse language.

In 2006, the Mt. Soledad Memorial (and Cross) was transferred to the federal government thanks to Congressional action (HR 5683) that was heavily supported by Cong. Duncan Hunter (R-El Cajon), Brian Bilbray (R-SD), Senator Jeff Sessions (R-Alabama) and then President George W. Bush. The bill had strong behind the scenes backing by AFA founder, Donald Wildmon and former Liberty University President Jerry Falwell, whom I interviewed about the case in 2005.

Nevertheless, the legal battle continued. This time it was with another plaintiff since Paulsen died in October 25, 2006. An appeal defying the transfer was made by the ACLU to the 9th District Court of Appeals (in 2009) which several weeks ago made the decision that the cross was "unconstitutional."

It is estimated that Saturdays gathering was attended by around 400-500 people. Many of those attending the gathering expressed concern about the recent demonstration of the court's unbridled power to overturn the vote of the people. The 9th Dist. court, based in San Francisco, has overturned the will of the people in two prominent cases in California in the last 18 months.

Now both issues have been overturned by an out of touch District Court. As it now stands, the 9th District judiciary is considered by some as the most liberal court in America. It appears that this case, like the one involving traditional / gay marriage, will eventually be heading to the Supreme Court.

All told, this is yet another reason why the current occupant of the White House, the most liberal President in American history, must be defeated in 2012! 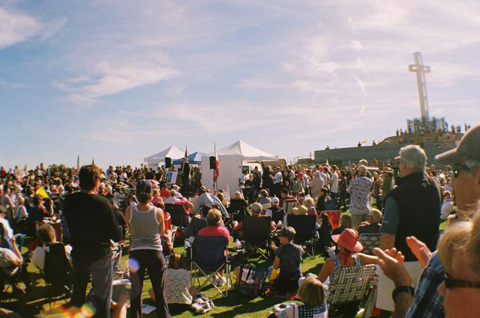 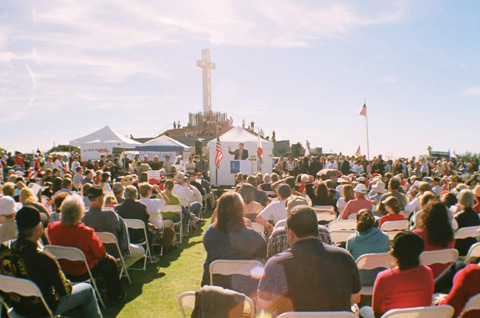 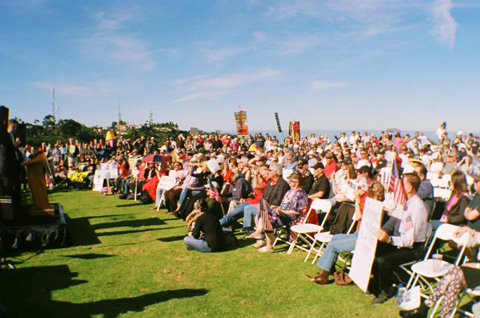 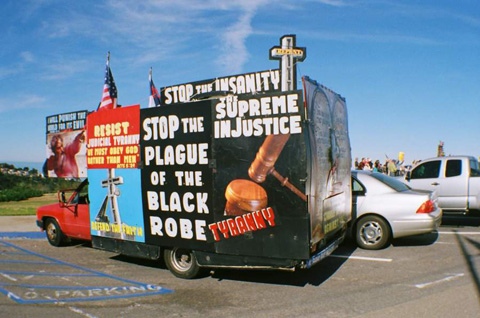 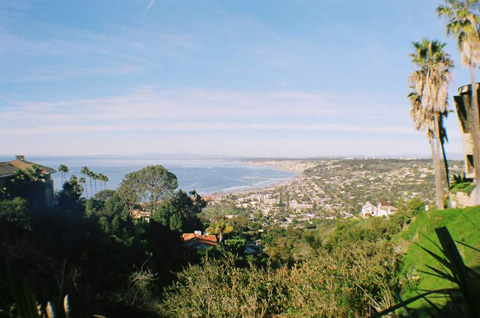 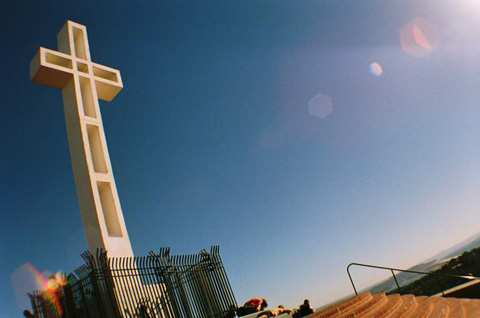