July 22, 2015
Leon Patillo was born and raised in the historic Haight Ashbury District of San Francisco. Born in 1947, Leon spent his formative years in the district; eventually graduating from George Washington High School. One particular teacher Leon encountered during grammar school was to have a profound effect on him. This teacher sensed that the young boy had a gift for music and encouraged him to cultivate it. 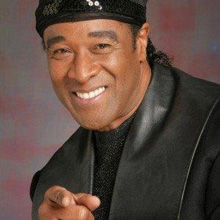 Over the years Leon's passion for music remained unabated. Even after attending San Francisco City College and working in the accounting services industry, he still felt music's pull. Leon mastered a variety of instruments as well developing a passion for song writing.

In 1970 Leon decided to move to Los Angeles where he and his group, (Leon's Creation), were attempting to break into the music industry. It just so happened that in early 1973 Carlos Santana was searching for a lead singer for his rock group Santana. Marcus, a mutual friend, gave Carlos a copy of one of Leon's taped recordings. Carlos immediately recognized the young talent, invited Leon to his home in Mill Valley, and offered him the job as the group's lead singer.

It was also around this time, (in late 1973), that Leon started dating a girl from his old neighborhood. It turned out that his girlfriend's brother, Richard, had recently experienced a dramatic change in his life, as he had become a follower of Christ. Richard felt compelled to share his new found faith with the 27 year old musician. In fact, every time Leon came over to his girlfriend's home, Richard tracked him down to share his faith. If Richard met Leon at the front door, Leon would try the back door, and still Richard would appear. Leon even tried just staying in his car when he came over to pick up his girlfriend, but Richard would always find him!

Finally, after eight months, the young musician decided to accept Richard's invitation to attend a men's Bible study, held at a local coffeehouse on Haight Street. Before Richard and Leon separated that day, on July 4th 1974, Leon agreed to commit his life to Christ. Leon's decision was to not only have a profound personal effect on the young man's life, but it would significantly affect his future in music.

Some of the members of Santana were actually relieved to hear the news of Leon's commitment to Christ. A dedicated pot-smoker, the lead singer was perceived by many around him as being a little too wild, and perhaps this would tone him down. Leon continued to sing for the famous rock group.

Another figure in Leon's past he remains grateful for is a young Assembly of God minister by the name of Danny Di Angelo. After being exposed to so many lifestyles and philosophies during the culturally tumultuous years in San Francisco, Di Angelo provided the young musician with much needed guidance and mentoring.

Towards the end of the decade Leon made the decision to part ways with Santana. It was around this time that he felt the call to pursue a path to share his faith through his gifted talent in music and song writing. Leon Patillo' s first recording label was the Calvary Chapel (Costa Mesa, CA) inspired recording company: Maranatha Music, where he released the album Dance Children Dance.

His first album was so well received that Word Records (based in Waco, Texas) offered him a contract which allowed his music to be available around the world. Over the next 10 years he released a series of successful albums on that label. It was also at this time that the Christian artist began touring and performing in different arenas around the world. He even had a regular TV show (Leon and Friends) on the TBN network.

By the late 90s Leon had expanded his ministry to include motivational seminars, as well as appearances in churches, festivals and special functions with a variety of guest speakers such as Rudi Giuliani, Laura Bush, and Colin Powell. During the last few years Leon started a youth foundation entitled S.I.N.G. (Sowing In the Next Generation). His goal here is to bring positive inspiration to a most negatively influenced generation. He does this by reaching out to youth in a variety of venues (schools, Churches, youth groups, etc.) that are afforded to him.

Certainly Leon has experienced how the inspiring words of Christ influenced his life. He also knows how the persistence of one friend resulted in changing his life forever. He has seen how vital a mentor (such as long-time friend, Danny Di Angelo) can be. Perhaps this is why it's so easy for Leon to reach out to America's youth today at this time when it is so critically needed.