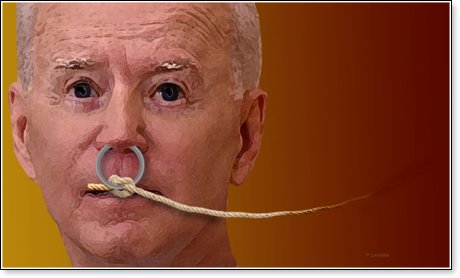 After months of promoting Joe Biden as an accomplished lawmaker, a gentleman politician, and a uniter, the best thing the media can say about him now is that he’s boring. The New York Times published a recent article entitled “Voters Chose Boring Over Bombast....” Forbes published a piece entitled “Journalists Keep Complaining ‘Biden is too Boring.’…”

In another article, “The D.C. Doldrums,” The Washington Free Beacon offers this perspective: “After 12 years of highly visible celebrity presidents, the current occupant of the White House is a 78-year-old who eschews social media, rarely gives one-on-one interviews, limits himself to about one public event a day, calls on pre-selected reporters at press conferences, often refers to notes, and returns home to Delaware most weekends.”

The media’s new watchword for Biden seems to be “boring.”

Maybe it just happened to coincide with Biden’s upcoming presidency, but in December 2020, Psychology Today published this: “5 Signs of a Boring Person.”

The first of those five signs listed is negativity. That sounds reasonable. After all, pessimism and gloom are usually associated with boring people. The best example of that, in Joe’s case, is his view of America. Like Barack Obama, he seems compelled to apologize for America, to endlessly chide Americans with phrases like, “We can do better,” and “That’s not who we are.” And he seems genuinely disappointed in a country he perceives as systemically racist and deeply flawed by a biased justice system, a country in need of fundamental transformation. He will never see the same country that other American Presidents were proud to serve, a country that President Reagan called a shining city on a hill.

The article in Psychology Today identifies four other characteristics often used to describe a boring person. They are: superficial, impassive, self-centered, and predictable. It goes on to say that “Boring people are predictable. They use too many tired cliches. They agree too readily and too often, and they rarely express any strong opinions of their own.”

Biden’s critics have always known about his life-long lack of conviction – those feckless, vacillating, and politically expedient positions he’s assumed throughout his career.

Even his supporters have always seen Biden as either a reasonable alternative to Donald Trump, the man they loved to hate, or as a convenient tool for implementing their radical agenda. They’ve never seen him as a man with strong convictions. They didn’t want a leader who might think for himself. They wanted a faithful follower, loyal to whatever new radical policies they proposed.

It’s his lack of conviction, his malleability that makes Biden dangerous.

He’s dangerous because he’s been entrusted with enormous power, but has no well-defined set of personal values, no moral compass telling him how to use that power. His policies that impact all Americans aren’t based on core values. They come from bandwagon politics, from transient, contrived causes which he’s always eager to embrace – whether it’s the “Me too” movement, “Defund the Police,” or “Critical Race Theory.”

There was a time, for example, when Joe Biden, like all Americans, demanded strong borders. But in recent years, Democrats decided that new immigrants, legal and illegal, benefit the party, so they began a push for open borders. Biden quickly jumped on that bandwagon. The result is unprecedented numbers of illegal, unscreened immigrants flooding into our country.

The catastrophic impact of that policy has not yet been felt, but it will be when our welfare programs run dry, when new variations of covid and other more obscure diseases begin spreading across our country, when the next major terrorist attack occurs on our soil, or when drug cartels and criminal gangs begin overwhelming our law enforcement systems, as they’ve done in Mexico and other countries.

But the impact of another one of Biden’s bandwagon policies is already being felt across the country. We see it in the astronomical increase in crime, a direct result of the Defund the Police movement. Biden has always tried to distance himself from that movement. And though clever enough to avoid the word “defund,” he justifies the movement and contributes to it every time he promotes the false narratives of racially biased police and systemic racism in America. And when an interviewer asked if he agreed that some of the funding for police should be redirected, he didn’t equivocate. He responded emphatically, “Yes. Absolutely.”

It’s a decidedly different Joe Biden from the one we knew in 1994. That Biden considered himself tough on crime. When the Violent Crime Control and Law Enforcement Act became law in 1994, tough law enforcement was a popular concept. In fact, it was Biden who wrote the Senate version of the law, which provided for, among other things, 100,000 new officers and billions of dollars in funding for prisons. Nothing has changed since then – nothing except the Democrats’ perception of police and Joe Biden’s political position.

And Biden has also always promoted himself as a union supporter. But when climate change became a popular issue on the left, Biden jumped onboard. When he closed the Keystone pipeline, it not only ended tens of thousands of union jobs, but it again made America dependent on foreign oil.

In just six short months, Joe Biden has caused untold damage to the country he has sworn to defend. He may not be the most boring American president in America’s history, but his utter lack of commitment and his inclination to follow behind radical elements of his party make him the most dangerous.