Peter Lemiska
To save our students, let’s debate everything that contributes to school shootings 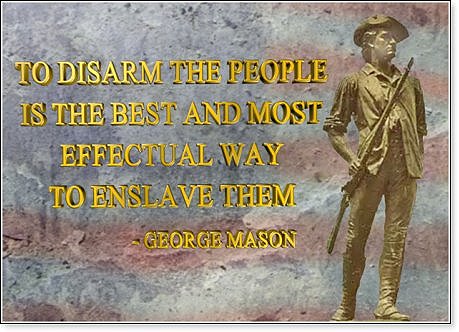 Since America’s inception, guns have been a part of our culture. Our inherent right to self-defense is enshrined in our Constitution. But in recent years, senseless mass killings by deranged gunmen have become almost commonplace. As a result, many Americans have come to see firearms as nothing more than instruments of mass destruction, serving no purpose but to dispense death, misery, and heartache.

Every time our country endures another mindless massacre, the demands to restrict guns, or limit our Second Amendment rights, grow louder. Recently, unspeakable horror was unleashed in an elementary school in Uvalde, Texas. It shook the nation to its core.

It’s understandable that heartbreaking carnage like that would lead to more impassioned demands for gun controls. People are angry and frustrated. They never want to see it happen again.

But the sad truth is, it is likely to happen again – not because of guns, but because of the culture of violence permeating our society, the malevolence that seems to be metastasizing across the country. For even if we could wave our hands and somehow make the Second Amendment disappear, along with the estimated 400 million firearms circulating in our country, the epidemic of mass killings is not likely to end. This is a product of pure evil, an erosion of our humanity. And evil is both determined and resourceful.

On May 18, 1927, a disgruntled taxpayer firebombed a school in Bath Township, Michigan, resulting in the death of 38 children and six adults. It stunned the nation. Nothing to compare with that malevolence would occur again for several decades.

On April 19, 1995, 168 innocent people died at the hands of a domestic terrorist who bombed the Federal Building in Oklahoma City. In a bitter irony, like in Uvalde, 19 young children were among the dead.

On September 11, 2001, more than 3,000 innocent men, women, and children were slaughtered by Islamic terrorists who hijacked commercial airliners, using nothing more than boxcutters.

On November 21, 2021, a driver with a criminal record and history of mental illness deliberately plowed his SUV through a Christmas parade in Waukesha, Wisconsin. Six were killed, ranging in age from eight to 81, and dozens were injured.

None of these tragic cases involved firearms, but they had three things in common:

Our Founding Fathers used sound logic, not emotion, when they gave us our Second Amendment rights. George Mason explained their cautionary rationale this way: “To disarm the people is the best and most effectual way to enslave them.”

Until recently, nearly all thoughtful Americans appreciated our Second Amendment. Democrat President John F. Kennedy understood the need for an armed citizenry. This is what he said on January 29, 1961, “Today we need a nation of minute men; citizens who are not only prepared to take up arms, but citizens who regard the preservation of freedom as a basic purpose of their daily life and who are willing to consciously work and sacrifice for that freedom.”

So much has changed since then.

In speaking about our Bill of Rights, Joe Biden told us “There’s no Amendment that’s absolute.” He should read the Second Amendment again. It’s unequivocal: “…[T]he right of the people to keep and bear arms shall not be infringed.”

Biden argues, “This is not about taking away anyone’s guns.” But one of the radical measures he proposes allows gun manufacturers to be held liable when their weapons are misused. It would be akin to suing a car manufacturer when a drunk driver causes a fatal accident. It makes absolutely no sense, and it would decimate the legitimate gun industry.

Biden talks a lot about “root causes,” but he and his supporters seem uninterested in understanding the root causes of these shootings and the widespread violence in general. How much is related to the disintegration of the family unit? How much is attributed to the trend away from religion? How much do video games and the internet contribute to aggression and violence? And what about the progressive policies that have made a mockery of our justice system? Biden and his supporters prefer instead to exploit the despair caused by these tragedies and to focus their efforts on disarming Americans. Contrary to Biden’s claim, that is their ultimate goal.

Let’s not limit the debate on school shootings to gun control. We need to consider all the contributing factors. And at the same time, let’s always be mindful of our Second Amendment and the reasons it exists. We can’t allow anti-gun zealots to chip away at it using tragedies like the one in Uvalde.