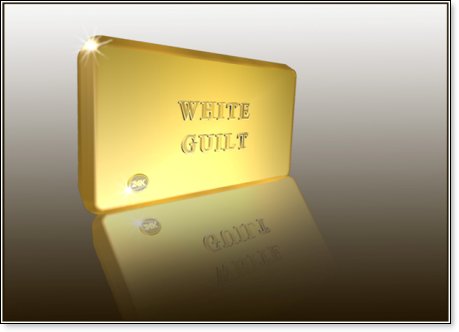 For those old enough to remember, the America of the 1960s was vastly different from the country we know today. It was a time when everyone saw socialism and communism as evil and destructive ideologies, when nearly all Americans felt nothing but pride in our country, and when hippies were pretty much the only ones doing drugs. Sadly, it was also a time when discrimination and racial injustices were real.

A lot has changed since then – even our vocabulary. Idioms that were common then are no longer used. For example, the term “guilt trip” was a fairly common expression in the 1960s.

For today’s “woke” generation, Collins Dictionary defines guilt trip as “a feeling of guilt or responsibility, especially one not justified by reality.” Merriam-Webster calls it an effort to “manipulate the behavior of someone by causing feelings of guilt.”

Although we don’t hear the phrase much these days, the technique is still very popular. Manipulative people continue to use guilt to shame others into modifying their behavior.

Race-baiters, those who fuel racial tensions for selfish reasons, especially like to use guilt. With help from the news media, they’ve managed to create the illusion of systemic racism in America. They did it by using cherry-picked statistics on race, isolated incidents of residual racism, and aberrant cases of police misconduct. Then they found some obscure, unproven academic hypotheses – critical race theory – and force-fed Americans a whole new vocabulary, endlessly repeating terms like white privilege, white supremacy, and white guilt. And with the guilt they brought to so many, came remorse and a need to repent. That’s where the race-baiters found their reward.

But the 1960s are long gone, and so are segregation and discrimination. The Civil Rights Act and other legislation passed during that period made them illegal. Affirmative action and quota systems in the last century also helped level the playing field. In fact, in many cases, those programs gave a leg up and some unfair advantages to minorities. Of course, there were a few creative and resourceful whites who also managed to take advantage of affirmative action programs. In 1986, one future Democrat Senator, Elizabeth Warren, helped launch her career by identifying herself as “American Indian” on an application to the Texas Bar. But people like that were few and far between, and for the most part, affirmative action did what it was supposed to do decades ago.

Today, racism would be all but gone, were it not for guilt-tripping manipulators, those who try to convince Americans they live in a systemically racist country.

They all have their own selfish motives for promoting racial division.

Joe Biden and the Democrats have been pushing the notion of systemic racism for a long time. It’s given them most of the black vote and a perceived political cause – civil rights. It’s ironic, though, considering the racist history of the Democrat Party, which once fought against ending slavery. It was also the party of the KKK and resisted integration in the 1960s. Over the years, they’ve learned how to profit from racial division.

Then there’s the liberal media. They can always be counted on to support Democrat causes.

Finally, there are the racial scammers, those who make a comfortable living off of racial division. Jesse Jackson is well-known for his role in the civil rights movement. He accomplished a lot as an activist and crusader for the oppressed. But there are numerous credible media reports suggesting that Jackson regularly used the threat of racist accusations to extort vast contributions from major corporations.

And while Al Sharpton hasn’t been quite as successful as the Rev. Jackson, racial division has provided him some unique opportunities. As founder and president of the National Action Network, he wields a lot of power. He’s never hesitated using it to put the squeeze on major corporations. In 2003, for example, Sharpton publicly accused DaimlerChrysler of institutional racism. But after the company made substantial contributions to Sharpton’s NAN, Sharpton bestowed on the company an award for corporate excellence.

More recently, Patrisse Cullors, one of the co-founders of Black Lives Matters came under intense scrutiny for questionable expenditures from donations received during 2020. More than $90 million in contributions had flooded in following the nationwide BLM rioting – rioting that resulted in dozens of deaths and nearly $2 billion in damages. While some of the money raised actually went to black communities and to other “operating expenses,” Cullors spent a good part of it on several multi-million-dollar properties. She also helped enrich her own family members, hiring them for security and other services. Cullors, herself, saw nothing wrong with how the money was raised or how it was spent. She argued that the organization was simply not prepared to handle the influx of all that “white guilt money.” After all, they had to do something with it.

For Patrisse Cullors and the others who thrive on racial division, white guilt will always be as good as gold. They’ll continue to use guilt tripping as long as they can find dupes and cowards willing to repent for something they didn’t do.