Stella Lohmann
Could JOBS Act Bill in Georgia hold answers for the nation?

December 17, 2009
Atlanta, GA  Georgia Representative and candidate for U.S. Congressional District 9, Tom Graves believes he has an answer to the jobs crisis if he wins his Congressional bid in November 2010 and can translate it into a national piece of legislation. His Jobs Opportunity, and Business Success Act of 2009 amends and enacts provisions intended to provide for tax relief and encourage employment opportunities and business stimulation through a series of tax credits, cuts and incentives for businesses to hire Georgians. 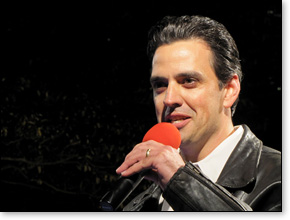 "The elimination of the State Inventory Tax was signed by the Governor and will be on the 2010 ballot. The remaining components, elimination of the Net Worth Tax and Sales Tax Deposit, cutting Capital Gains in half and the hiring tax credits were vetoed. I will be bringing these forward again this year in addition to some new items."

Meanwhile at the nation's Capitol, jobs or the lack of jobs took center stage in the U.S. House of Representatives. A $154 billion dollar Jobs Bill passed on a 217-212 vote before Speaker Nancy Pelosi adjourned Congress for 2009. The unemployed would get continued benefits. But conspicuously absent from the plan were President Barack Obama's recently announced proposals to give Social Security recipients $250 payments, a tax credit for small businesses that create jobs and a program awarding tax credits to people who make their homes more energy efficient.

So not only Congress but Georgia's state legislators will revisit the jobs issue early on in the New Year amid a 10.2 % unemployment rate. On February 18, 2009 the GA General Assembly heard Graves bill's first read. By May 11th, the bill had passed easily through the Georgia General Assembly but hit the skids when former State D-Senator turned Republican Governor Sonny Perdue vetoed a portion of the legislation at the end of last year's session. His veto caused some at the GA GOP Convention in Savannah to distribute "Conservatives don't veto tax cuts!" stickers.

"The same concept can be applied on the Federal Level. The ultimate goal should be to empower the taxpayer and not the government. Specifically, repeal the unused portion of the stimulus funds, balance the budget, wipe out the deficit...then adopt a transactional tax while eliminating the current cumbersome tax structure. However, if a transactional tax wasn't an option, then I'd recommend eliminating the federal capital gains, cut the corporate tax to 12.5%, and permanently abolish the death tax along with the afore mentioned items."

Graves, a small business owner and fourth term assemblyman lives on a farm in Ranger, GA with his wife, Julie, and three children.