June 11, 2010
When Chauncey the Mastiff and Houston "The Mix" were told that I was doing an issue on cats, they insisted, doggedly, that for the sake of fairness, they wanted to express their opinions. The following is my interview.

Chauncey, what is your opinion of cats?

"Phony furballs! People say 'cats have personality.' This is categorically ridiculous. Ever seen a cat smile? They always look sour-puss."

Houston agreed. "Right on, big guy! Humans really like dogs better. Ever heard anybody sympathize with the under-cat?"

Chauncey nodded in agreement. "And names! I mean, come on! Cats have sissy names, like 'Sweetums' and wicked names, like 'Clytemnestra.' Dogs have friendly names, like 'Spot,' and 'Lucky,' and 'Fido,' and 'Max,' and, certainly, 'Houston,' and...."

I admitted that they had a point. I asked if they thought there is a cultural bias toward cats.

"Well, you know...like, that profiling Pick-Up-P  thing for example. I mean, if God wanted dogs to be like cats, He would have created bigger litter boxes," said Chauncey.

What would you change other than...that, if you could? 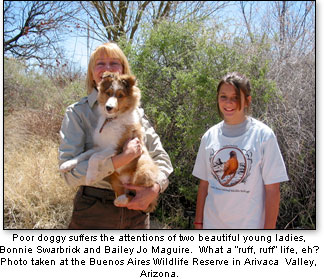 Both Chauncey and Houston responded, "Leash Laws! Cats get to roam around wherever they please, day and night, makin' sounds like banshees, keepin' decent creatures awake, and assassinatin' flora. And we're locked-in, prevented from doing our natural duty which is to deter cat mischief...to serve and protect."

During the interview, Reb Max "His Honour," courtly and judicious, as usual, joined Chauncey and Houston. He was greeted with admiration.

Max nodded and said, "I heard that you were defending against cats, and I thought you could use  forgive my use of the Latin  a curious animus... pro bone-o, of course."

"Any kind of bone-o sounds good to me," remarked Houston.

Max, I asked, how do you feel about cats?

"Feelings are not the issue," retorted Max. "Only facts can be admitted into evidence. As it is written, 'To bring to feel, is to bring to fool.'"

Chauncey and Houston gasped in union at Max's profound aphorism.

"I do, however, have a fact about cats that many less informed don't know. It was passed on through generations by an ancestor, 'Reb Max-a-million.' My ancestors are, some of you know, from the Ukraine. We have a great tradition. My own mama told me stories that go way back to Kasrilevka, the village written of by Ukraine's most renowned story-teller, Sholom Aleichem. One such story I shall never forget." Max held us all spellbound with his eloquence.

"Reb Max-a-Million lived with a family that had many children, and he would sit and listen to them. One day he heard the eldest son, Avremchik, tell the younger children, 'Mama is very right. We must never, ever play with cats. Cats are unclean things. They are evil spirits.' I have never forgotten this, which is why I never go near cats, not even to chase them, even when I should for the good of the community."

Reb Max continued, "You all observe the incessant licking indulged in by cats with their newly arrived kittens? You also know that unlike the friendly, soothingly moist tongue of the benevolent canine, the tongue of a cat is as abrasive as a rasp?" We all agreed that such is true.

"Well, if you accept A & B, then C follows, 'as the night the day' to quote Shakesfur, the immortal bark, in his play Hambone."

"The young cat is actually born with no shape, whatsoever. Each is like an amorphous knish. The parental duty is, then, to 'lick them into shape,' and the perpetual licking finally produces a product that resembles a cat. Giving credit where credit is due, the parents do a remarkable job of licking to assure that their kittens resemble the family. Occasionally, I am told, a father cat is disappointed when his licking is inadequate and the kitten bears a closer resemblance to the alley cat two blocks over." Such wisdom in one so young, we all marveled.

Max continued, "Now, dogs on the other hand, are born perfectly formed in physical detail and mental acuity. There, I submit to you, based solely on the evidence, that dogs are innately superior to cats."

I thanked Chauncey, Houston, and Max and told them that I would carefully consider their evidence when I give the cats the opportunity to state their case.