Frank Maguire
Guest article from an American who is Hispanic

June 25, 2010
My wife Helen is full-blooded Hispanic. She was born in the mining town of Superior, Arizona to Ernest Estevez and Josephine Estevez de Guzman. She is very proud of her heritage and grateful to be a citizen of the United States.

The following article was recently published in the North West Connection and received positive comments from a number of those who read it. I thought you might like to read how Helen feels about legal citizenship in this nation.


I am an American
By Helen Maguire 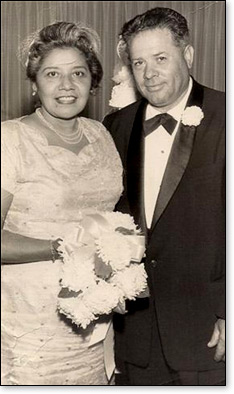 My parents were considered part of what we now refer to as the "Greatest Generation"  they lived through the Great Depression, the Second World War, and raised me to be extremely proud to be a citizen of the Great United States of America.

My father, born in Spain, was brought to this country as a two year old toddler. He did not speak a word of English until he entered public school. However, he was always very proud to say, he learned to speak English "like a native," with only the slightest trace of an "Arizona Twang."

My mother, born in the Arizona Territory, was of Mexican-Yaqui Indian heritage. Her mother, also born in Arizona, was an amazing woman, who raised eight children in the Arizona desert under extremely difficult circumstances. The language spoken by my mother during her childhood was Spanish. English was her "second language." I remember, as a child, listening to my mother speaking with my grandmother and my aunts a funny (to me) combination of English & Spanish. Whichever word came to their mind quickest was the word they used. So a sentence could be a combination of both Spanish and English words. It made me laugh!

Both of my parents wanted only the very best for me. I was born in Arizona, but when I was still a baby, they relocated to what I consider to be my "home town"  Culver City, California. After several "starter jobs," my Dad was hired by the city's fire department, where he worked for 25 years, ultimately reaching the rank of Battalion Chief. My parents always emphasized how fortunate we were to live in this wonderful country; and how important it was to be able to take advantage of all the opportunities available, here. Speaking proper English was a must!

Let me fast forward to my own career experiences. My husband, six children and I were residing in Massachusetts, when we decided we'd like to live closer to my widowed mother in Arizona. I sent out my resume and was ultimately hired by a large regional bank, as a computer systems analyst. These were during the years of "affirmative action." My manager, during a staff meeting, had said that while he was happy that I was on his staff, he was "sorry" because he had "lost affirmative action" points when he hired me. Apparently, the person I replaced was a black woman. (That was worth two points to my manager.) I, on the other hand, he said, was only worth one point. (Woman = One point)

The rest of our staff was watching this conversation as if a tennis match were underway. His shot. My shot.

Before he moved on to the next item on his meeting agenda, I said, "By the way, Mr. C. I am of Hispanic descent. I guess you get your second point back." I worked for that bank for the next 16 years, reaching the level of Vice President.

What's my point? As the daughter of an immigrant, I was raised to have pride and a sense of responsibility as a citizen of the greatest nation in the world. The Great United States of America. Those who try to enter our country illegally are not people I can respect. I can pity that they are being seduced into this country by unscrupulous entities: smugglers who are paid large sums of money to guide them across the borders; unscrupulous businessmen who pay substandard wages; and other criminals who intimidate and harass them. But, I still maintain that these people who enter our country are ILLEGALS who have broken the laws of our country. They should be apprehended and returned to their country of origin. Our borders must be further secured against these incursions. 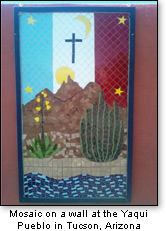 I am proud to say that I am a resident of Arizona, whose governor and legislature just passed the nation's toughest bill on illegal immigration into law. Its aim is to identify, prosecute and deport illegal immigrants. This legislation is not intended to discriminate against any persons. We are, understandably, expected to carry documents legitimizing our presence on American soil  as simple as a driver's license, a passport, or a resident alien "green card."

While police demands of documents are common on subways,

highways and in public places in many countries, including Mexico, Arizona is the first state to demand that immigrants meet federal requirements to carry identity. My husband and I have traveled extensively in Europe and Canada. In every country we visit, it is a standard accepted practice that we "show our papers," not only as we pass through customs, but also when staying in hotels, renting cars, and in some cases, making purchases.

This legislation has aroused many opinions. Some claim that this is an act of bigotry. I can only say that as a person of Hispanic ancestry, who is a citizen of the U.S.A., I applaud the actions of our governor and legislature. If the federal government cannot secure our borders, then this responsibility will fall to the states. Arizona is just a bit ahead of the rest.