July 2, 2010
A few years back I was on a "Tiger Cruise" with the 1st Marine Division from Pearl Harbor to the U.S.M.C. base at San Diego, California, aboard the U.S.S. Peleliu  LHA-5 (Landing Helicopter Assault). I was a guest of my grandson by marriage, Donald Barnes, then a Lieutenant now a Major.

USS PELELIU is named in honor of the Third Amphibious Force's assault and capture of the island of Peleliu. The battle was one of the most vicious and stubbornly contested of the Pacific campaign and nowhere was the fighting efficiency of the U.S. Marines more convincingly demonstrated. Eight Marines were awarded the Medal of Honor during this battle.

General Roy S. Geiger, USMC declared repeatedly that the battle for Peleliu was the toughest of the entire Pacific war. From the initial wave of Marines hitting Peleliu's beaches on September 15th, until the fury of combat was finally still on October 26, 1944, the 1st Marine Division suffered 6,526 casualties, of which 1,252 were killed in action.

What has prompted me back to the memory of that cruise is the RenewAmerica.com article by A. J. Di Cintio, "Liberals expose themselves (and it's a good thing)" 19 June 2010.

There are many apposite applications of Di Cintio's aphorism. From a positive perspective  not political or military, but spiritual  "transparency" is desirable. We who are disciples of Jesus Christ should be "seen-through" by one another. This will be the result if we are obedient to the Holy Spirit. Following, I will try to show a comparison and contrast between the military and the political implications of Di Cintio's ideas.

On the Peleliu I watched the Marines going about their daily training routines, observing them in hand to hand combat, and in the fabricating of their sniper gear. Watching them took me back to my days as a professional musician-performer who sometimes did "my thing" in some less than salutary environments.

At an early age, I learned that physical survival required that one always be aware of one's environment  the physical surroundings, the physiques and physiognomies of those who surround you in tight, crowded quarters. There were many times this habit saved my hash, and on other occasions allowed me to help those less perceptive who were in jeopardy.

Though I never started trouble, I did find myself in some defensive altercations. I never had trained in the martial arts, such as Judo, Aikido, or Tae Kwan Do, but I knew the concepts and experienced the effective practicality of the Oriental approach to personal combat. In a word, allied with some good old boxing ability, it worked.

The idea is to be alert to every motion, even the slightest indication of motion, of one who appears to want to do you some harm. Watch the eyes, the hands, the feet, the angle of the torso. They will telegraph their intentions. I can tell you, this is virtually guaranteed. Let them act. Or, as De Cintio puts it, "expose themselves."

What I call this system is my "Smoke 'em Out" strategy. Every overconfident opponent  and the Progressivists have acquired the "big-fish" syndrome  can't resist the lure of celebrity and will, tantalized by that lure, take the bait and swallow the hook. 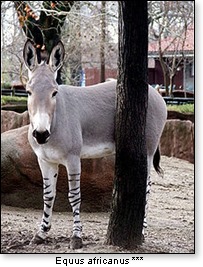 As De Cintio counsels, we should never try to shut the determined-to-take-the-bait pseudo-liberals up. Allow them every opportunity to display what asses they are, and to disclose their donkey associates (I know, I have mixed my metaphors). The overconfident Left is always its own worst enemy. Their pathological hubris becomes visible  like fool's names and fool's faces in all the gauche (i.e., "wrong") places.

I'll never forget Pat O'Brien portraying Frank "The Iron Major" Cavanaugh, beloved football coach at such schools as Holy Cross, Boston College, and Fordham. Cavanaugh, a military hero in WW I, told one of his teams who were facing the number one team in the nation, a team unbeaten, until they faced the "Iron Major's" inspired young players, that "Whenever you run into an opponent who is overconfident, you've got the easiest mark in the world."

So, let the Progressives palaver, spiel, and hee-haw. The more these recalcitrant critters bray, the more we know what kind of (back to the original metaphor) bottom-feeders they really are.

*** The African Wild Ass (Equus africanus) is a wild member of the horse family, Equidae. This species is believed to be the ancestor of the domestic donkey which is usually placed within the same species.