September 11, 2010
Mark Ellis is a reporter/contributing-writer for the monthly The NorthWest Connection www.nw-connection.com officed in Troutdale, Oregon, East Multnomah County, publisher Jolinn Kampstra. I was involved in the creation of the paper about 10 years ago. Because the demographic in East Multnomah County is substantially less Leftist than Portland, we felt that the NWConnection content should reflect that. The monthly is free and the distribution is done by staff. We have been highly successful, having been well accepted by the community, which covers many cities in East County and into Washington State. The Guest Editorial by Mark Ellis  published in the September issue 2010  is evidence that the residents in these communities have been inspired by the work of publisher Kampstra and the excellent staff associated with The NorthWest Connection. Frank Maguire 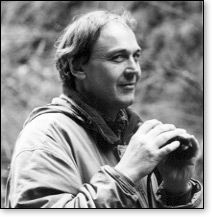 Summer 2010, and sadly, when it comes to the national dialogue on race, it has often been our summer of discontent. Arizona's SB 1070 and calls to reassess the Fourteenth Amendment led to charges of anti-Hispanic racism. Black Panthers walked in a flagrant voter intimidation case, creating the appearance of a racial double standard. Charlie Rangel and Maxine Waters go up on ethics charges, suggesting to some the wrong narrative on race. Finally, as Tea Party influence affected key elections leading up to the November midterm, far left-wing charges that the movement is racist. We're not all just getting along.

In 2008 we saw the ascendancy of Barack Obama, and a collective hope for post-racial politics in America. But somewhere on the way to racial harmony voters got sidetracked by concerns that the country was headed in the wrong direction. Many blamed what they saw as the unchecked progressivism  to put it kindly  of the man who'd been elected. Inevitably, as presidential approval polls slipped and the economy stalled, the race card was played even there.

Enter Frantz Kebreau, National Director of the National Association for the Advancement of Conservative People of All Colors. His vision involves bringing some common sense back into the debate, and this summer he brought his message to Oregon.

"I was approached with the idea for a National Association for the Advancement of Conservative People of Color," Kebreau told his audience at the August meeting of the Clackamas chapter of Americans for Prosperity. But he had misgivings about the name, and suggested the revision that the organization would eventually adopt.

Kebreau, a Naval Flight School graduate and decorated veteran, currently pilots for a major airline, but he's racking up sky miles for the cause now. The legacy of Martin Luther King necessarily informs the mission, but Kebreau, together with NAACPC President and singer/songwriter Lloyd Marcus, bring a contemporary Tea Party energy to their quest to speak out on behalf of a more color blind society.

The core message is about ending identity politics forever in America. Kebreau talks about how the progressive left enables negative race-consciousness with the rhetoric of victimization. In his view such ideology foments class envy and creates division, with the ultimate goals of institutionalizing dependency and consolidating power. "It all stems from a lost history," says Kebreau. "We need to understand how we got here, educate, agitate, change course, and unify the country."

He's willing to apply his values to troubling racial controversies which have surfaced in what Kebreau is calling, "Our year of racism." Asked about the fiasco surrounding Sherrie Sherrod's NAACP speech, Kebreau agrees she was initially taken out of context, but still feels the USDA Director's approach and the core message it imparts is part of the problem. "She's tailoring her message based on the racial makeup of her audience. We should talk to everybody in the same way."

In the matter of the Black Panther intimidation charge and whether Attorney General Eric Holder should have prosecuted, he says, "Yes. It has nothing to do with skin color; the man was holding a club."

A visit to NAACPC's website makes clear what has inspired Kebreau's grass-roots activism: "Our organization is not driven by hate, but by love. Love of God. Love of Family. Love of Country. We must unite against the forces that thrive on racial divide."

Oregon District 3 congressional candidate and AFP member Delia Lopez was instrumental in arranging for Kebreau to speak at both the AFP meeting and at a special event the following night in NE Portland.

Kebreau has taken heat for his activism, and been called the kind of names that go with the turf, but don't tell him that the Tea Party is racist. He's a proud member of the movement, and is out to confront the duplicity and disharmony besetting the second summer of Barack Obama's presidency.

"Identity politics, white guilt, political correctness, and racism are the means by which socialism through entitlements will bring our country down," concluded Kebreau in his talk to AFP members.

Not if the NAACPC has anything to say about it.