Frank Maguire
The noema of "character"

October 18, 2010
Matthew 7:21-23 "Not everyone who says to me, 'Lord, Lord,' will enter the kingdom of heaven, but only he who does the will of my Father who is in heaven. 22Many will say to me on that day, 'Lord, Lord, did we not prophesy in your name, and in your name drive out demons and perform many miracles?' 23Then I will tell them plainly, 'I never knew you. Away from me, you evildoers!'"

"The attack on the innocent and defenseless life of the unborn has its origin in an erroneous view of human sexuality, which attempts to eliminate by mechanical or chemical means, the essentially procreative nature of the conjugal act." "Catholic Orthodoxy: antidote against the culture of death," Archbishop Emeritus Raymond Leo Burke (October 9, 2010)

"(T)he contrast between Martin Luther King's dream and Jesse Jackson's nightmare. Dr. King had a dream that you could be judged on the content of your character not the color of your skin, whereas Jesse Jackson has made sure that we're judged by color not by character." SHAKEDOWN: exposing the real Jesse Jackson, Kenneth R. Timmerman, Regnery Publishing, Inc., (copyright 2002).

"We are all exceptional cases.... Each man insists upon being innocent, even if it means accusing the whole human race, and Heaven ." The Fall, Albert Camus (1956)

No one, and certainly not I, can dare minimize the courage of Martin Luther King, a man who knew what could result from his importunacy. Nor can I know his relationship to the Lord he professed to follow. This is not the focus of my commentary. 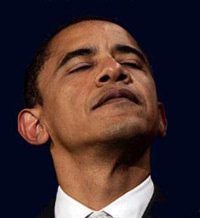 I concern myself, here, with the exploitation of Rev. King by Black racialists who include Martin Luther King among the hagiography of their "saints." The audacity, hypocrisy, and dishonesty of such Black-racialists nauseates me.

Martin Luther King practiced non-violent settlement in his challenge and direct confrontation with those who regarded Blacks as a Race other than fully human. Incredibly, many such racists thought themselves Christian. Others were pragmatic. They concerned themselves with economic loss and a fear of possible reprisals, especially in States where Blacks were a majority of the population.

Was MLK a saint? If he was a Christian disciple he was, by scriptural declaration, a saint. For example: Ephesians 1:1,2 1Paul, an apostle of Christ Jesus by the will of God, To the saints in Ephesus, the faithful in Christ Jesus: 2Grace and peace to you from God our Father and the Lord Jesus Christ."

Secular-humanists and assorted of the Religious Left Orthodoxy, who sometimes co-opt "saint" as a metaphor for those whom they have reason to apotheosize, depicted King as a Ghandian revolutionary standing against the status quo ante — against those "fundamentalist" Neanderthals who refuse to progress. But, if Rev. King wasn't a martyred "saint," by the teaching of Jesus Christ, his character should be defined as mere reputation — a reputation that did not meet the standard of integrity. That which he preached and elements of his behavior displayed, by contrast, a lack of integrity. "Character" takes on the mystery of a rhetorical noema, i.e., "obscure speech that yields meaning only upon detailed reflection."

Black racialists, while they exploit MLK's "Blackness," give no consideration to integrity but perpetuate that which they helped to create for their own political and economic purposes — the legend, fiction, myth of his reputation.

The real history of Rev. King has been deliberately buried by those who exploit him: by those who want to create a non-authentic Martin Luther King, and endeavor to exploit him in effigy. They dishonor him for their own utilitarian purposes while pretending to honor him. Their pretensions are despicable, to be reviled by all who show true respect for Dr. King and who don't assume the authority of being his morally-superior judge and jury. There is only one Judge, and he Judges each and every one of his human creations — those who acknowledge their guilt, and those who pronounce themselves innocent.

A sad example of this appeared in an article written by Gary Wills, a man who defies rigid definition, other than to say that he is always outspoken, and sometimes unpopular, when he challenges popular "truths."

In his ironic article, "Preserving the King Legacy," (Baltimore Sun, January 20, 1995), Wills wrote, "It was a shame to have Martin Luther King's holiday marred by squabbling between the King family and the National Park Service over the custody of the fallen leader's neighborhood. But, the action has let the Nation in on a problem that scholars and publishers have faced for a long time.

"Mrs. King strives for absolute control over 'the legacy' of King, over all his works and whatever words are devoted to him. Newspapers are not allowed to reproduce his greatest speech, as a tribute to him, without permission and payment. Writers of books are asked to submit their work for prior review as a condition of quoting the man's works. Rather than go through this, some writers deprive their readers of the power of King's words.

"Fair payment for use of intellectual property is not the issue. Mrs. King has put roadblocks on the honest reporting of King's attitude toward plagiarism, and of his sexual activities. She has tried to get back from the university where her husband took his doctorate the papers he committed to them by legal will. It is hardly a tribute to the man to force him to break his word.

"No one can claim that Ralph Abernathy lacked 'familiarity with the internal dynamics of our freedom struggle.' (Abernathy) clearly knew more about those dynamics that did young Dexter King. Yet, Abernathy's book was vilified because it did not toe the King Center line, did not represent an unrealistic picture of King."

Wills was, in his younger years at National Review pretty-much a law and order conservative. In later years he came to not have faith in the agencies of laws and orders that he decided were becoming obtrusive of personal liberties. In his piece in the Sun, he doesn't allude to Dr. King's curious associations with known Communist agents. Many of King's most vocal opponents placed heavy emphasis upon those pragmatic alliances.

Ask the general populace what they know about MLK and you will have recited King's postulate, "A man should not be known by the color of his skin, but by the content of his character." A sublime and inspirational proverb, but what does it mean?

Was Dr. King contented with his own character? I believe not! Not if his character was disintegrated by sin. A true saint pursues integrity, but he is still imperfect in his transgressions. King, as a man fully understanding the commanded expectations of God would not be comfortable with being thought a man of character if he knew, in his heart, that he was merely a man of reputation. He would, I prefer to believe, be sickened in spirit by such un-saintly hubris.

Anyone who wishes to know the man Martin Luther King must put fiction and legend aside. I suggest to those who truly want to know King beyond his "content of his character" maxim should access the autobiographical history written by Ralph Abernathy, And the Walls Came Tumbling Down (Harper & Row, Publishers, New York, copyright 1989). Abernathy was Rev. King's closest associate in the Southern Christian Leadership Conference (SCLC). King told those whom he addressed that Abernathy was his closest, dearest friend.

The re-emergence of racial hatred and division, and the political uses being made of such malevolence must be exposed and condemned. It requires that Martin Luther King, the man with serious moral flaws be fully known. In order to really respect and honor Rev. King, not just his legendary reputation, fiction must be discarded. I am certain it is what Rev. King would want most of all.

Would such knowledge, i.e., the historical actualities, defame Rev. King? To the contrary! The truth would have a positive result. It would put the lie to those Black racialists who bear, in their vain exploitation of race, no principled resemblance to the man whom they continue to exploit while they persist in their racism. Further, the pernicious racism that still pollutes the population that fears and hates Blacks, destructively passed on through generations, will be dealt a righteous blow.

Franklin Roosevelt, in an attempt to inspire the Nation at the start of WW-II, tautologized "There is nothing to fear but fear itself." We still hear this repeated as if it bore some semblance to reality. The Scriptural proverb tells us that "the fear of (reverence for) God is the beginning of wisdom/knowledge." If that is true, and I certainly hold it to be in my own life, then fear of that sinfulness that God commands against, that sinfulness we attempt to protect with lies, is clearly telling us that the Fear of Lies, not the tautological "fear of fear," is the reality to be feared, and must be denounced by each person of integrity, and by every nation.