October 20, 2010
Matthew 11:20, 23, 24 "Then Jesus began to denounce the cities in which most of his miracles had been performed, because they did not repent. 23And you, Capernaum, will you be lifted up to the skies? No, you will go down to the depths. If the miracles that were performed in you had been performed in Sodom, it would have remained to this day. 24But I tell you that it will be more bearable for Sodom on the day of judgment than for you."

Weeds growing on an unkempt grave,
Brushed aside in curiosity, "Who's buried here?"
Some stranger asks.
"Probably nobody," someone mutters. 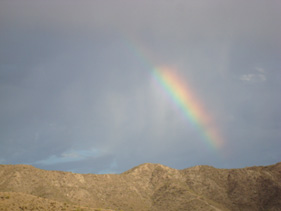 What hero, heroine, lies beneath the soil?
Covered by weeds! Weeds! More weeds!

Voices quieted, rebuked disciples?
Do they speak beyond the grave?
I'm sure I hear words.
If it is not they who speak in evidence
Could it be the stones crying out?

I hear, "Have those who died for truth all died in vain?"
It's up to me, and you, to answer "Yes!" or "No!"
We should at least answer something?
If we care not, then who will care for what we leave?

The world, we were told, will mock:
"Truth!? Say what?
"Nothing! Bupkis! A childish joke!
"A short life of longing lived for zip
"No time to give a damn for truth."

How sad! For God does give a Damn.
Without Truth and Justice, God has no need for Mercy.