March 4, 2011
"A court ruling (in the UK) has found that Christians who want to provide foster care for needy children must promote homosexuality to them, and that there is only a 'qualified' right to exercise their Christian beliefs." Judges rule promoting homosexual mandate for foster parents. by Bob Unruh, World Net Daily, 3-2-2011 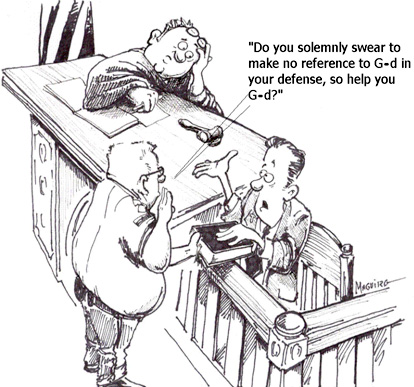 Those who founded our nation were virtually unanimous in that in order for the new Republic to have a chance of survival, it had to be based upon the acknowledgement of an omniscient, omnipotent, omnipresent Creator of the universe Who by divine inspiration transmitted His moral law to mankind in His Holy Scripture — the Bible.

The citizens of the new Republic had to be a "moral people," and by morality they did not mean secular-humanism. "Secular" actually means that which belongs to the material world, and that which is declared, democratically, or mandated by a plutocracy, suitable for the desires of the culture that exists at the time. Such a morality is relative to the times, and changes with the whims of the culture. (Consider, for example, the perverse explosion of popularity of Martin Sheen as a result of his existentialist "morality.")

To virtually all of our founders, morality was NOT based upon cultural whim but a universal absolute common to Man which transcends all cultural tendentiousness.

When Jefferson wrote the Declaration of Independence, which I call America's Mission Statement, he wrote of "unalienable rights." It is consistent, given the beliefs of the founders, that anyone who accepts unalienable rights is only entitled to those rights in conjunction with personal responsibilities. "You must love your neighbor as yourself" — that Love being consistent with God's prescription in Holy Scripture.

We know that the term "democracy" was deliberately never used in any of our founding documents. Our founders were well educated men, and they understood the paradoxical nature of democracy — that system that implies that the people "govern" and the people determine what the laws and, thus, the mores will be.

So, our founders went further. They produced a Constitution and a Bill of Rights. They gave us a Republican system of governance. A carefully conceived system of checks and balances, where the citizens elect their own representatives, and the government is, ultimately, of the people, for the people by the people...from the Greek dçmokratia — dçmos + -kratia.

But if we equate democracy with moral-anarchy, then only some of the people make the determinations about laws and mores, and the "other" people — those who are outvoted — must be satisfied with and willing to adjust to those "rights" which they get.

One further point! Those who defend this concept of democracy believe that it is only fair and just that those who are in the "majority" are entitled to decide on laws and mores.

The problem with that "majority" idea is that there is almost never a majority victory. It is almost always a plurality. E. g., if 80% of the citizens vote, and the vote is divided 39% to 41%, then a plurality of the entire citizenry — 41% — has determined the laws and the mores, and 59% have to live with it.

But, it is even more problematical than this. In some elections only 50% of the registered voters cast their ballots. Then it only takes 25.1% of the voters who create the laws and ordinances. This plurality, thus, legislate their "morality."

Whether the matter is political/economic dominance or "gay rights," morality is at issue. Ironically, it is those factions with a special-interest who insist that morality can't be legislated. These special-interest factions then use their collaborative power to assure that it is their morality that is legislated. (Consider the militant upheaval now going on in Wisconsin.)

In a democracy, powerful special-interest purchase politicians in a power quid pro quo. "We promise our political donations and our votes for your 'contribution' to our achieving our demands." To sustaining our relative position in the culture and aggrandizing it!

Some folk argue that this is the way the cookie crumbles. If persons choose to not vote, then they end up, rightly, with the crumbs. The side that is happy that it has won today by virtue of voters who have little or no understanding as to the consequences of their complacency, will be unhappy tomorrow should they find themselves on the losing side when the voters DO understand all that is involved in the issues — such as has just occurred in the Tea Party citizen uprising.

The point is, what "morality" will prevail because of "Progressive" cultural moral-relativism? What, then, will be the result of such a "morality" that is either unpredictable, or has, in times past, been highly destructive?

Bottom line! We in the quondam "Christian" West have reached the actuality that in order to exist democratically we must declare traditional, orthodox Christianity (The Bible) to be pasado de moda, i.e. culturally outmoded. For all intents and purposes, the secular democracy takes us back to the world of paganism. Christians who are willing to hide away, accommodate the sin of their culture, and tolerate pagan licentiousness with no open complaint, will be allowed to "keep" their religion as long as it is silent and confined.

So!? What do we do? Better question, what do you do...what does one do? I changed the pronoun to singular because I do not expect that all who go by the title "Christian" will choose the Bible answer, which guarantees persecution, prosecution, and, perhaps, execution.

Those who don't really like these choices will choose to accommodate and practice such as "multicultural tolerance." They will choose to make the best Panglossian-arrangement in the "best of possible worlds." That "best" world available at the time which keeps one breathing and walking around (albeit very cautiously)! That decision made by the populace of such as Sodom and Gomorrah who accommodated, with complacency, the decadent, Sybaritic culture in which they lived because that where their "bread was being buttered."