June 11, 2011
"Stay away from the foolish person, for you will not find wisdom on their lips. The wisdom of the prudent is to give thought to their ways, but the folly of fools is deception."

"Marriage is not a contract, it's a continuous negotiation." Axiom of "no fault" Progressivism.

"You never want a serious crisis to go to waste, and what I mean by that is an opportunity to do things that you didn't think you could do before." Saul Alinsky and Rahm Emanuel

My dear Irish mother oft repeated "Fool's names and fool's faces are seen in all the wrong places."

What dear "Ma" was teaching me was that one who behaves foolishly produces nothing of any positive value, and if one thinks so, then one is only fooling one's self.

I have tried to live by my mother's counsel, and have accepted the obligation to guide my children, grandchildren, and great-grandchildren by that good counsel.

Alas, about 60 years ago our cultural/moral world turned upside down. Almost overnight, the "wrong places" became the places to be. The shame that attached to a fool being in the wrong places was asphyxiated. Traditionally understood and accepted morality was suffocated by hashishin thuggees on the payroll of Pluto, god of the Nether World. Liberty was rechristened Pandemonium. Democratism snuck its nose under the tent of our Republic.

Let me cite for you the type of paradoxical balderdash espoused by the universally revered — in this case, the "Mahatma," a Buddhist accolade meaning "good and knowing man." The war-advocating, pacifist Hindu Mahandas K. Ghandi (he assumed the title "Mahatma") in his praise of democracy: "My notion of democracy is that under it the weakest should have the same opportunity as the strongest...." How inspiring is that! But what does it really mean? It seems to mean everything and nothing, simultaneously. Emotional superficialities tend to stir the glands and becloud the brain.

What could the loin-clothed, emaciated Ghandi have possibly meant when he used the words "democracy," "weakest," "opportunity," and "strongest" in the context of Hinduism? He was, after all an avowed Hindu, there has never been any question about that. His other manifestations of concern for humans have, though, raised many problematical questions, even among fellow Hindus.

Tell me, reader, how this sociological analysis of Hinduism and especially the plight of the

"Sociologists have (written that)... the ritual rights and the economic obligations of members of one caste or sub-caste were strictly circumscribed in relation to those of any other caste or sub-caste; where one was born into one's caste and retained one's station in society for life; where merit was inherited, where equality existed within the caste, but inter-caste relations were dynamic — often unequal and hierarchical. A well-defined system of mutual interdependence through a division of labour created security within a community. In addition, the division of labour on the basis of ethnicity allowed immigrants and foreigners to quickly integrate into their own caste niches."

It seems obvious that Ghandi produced one of the most convoluted assaults on language imaginable. Deconstructionists would have to agree, but the trouble is that the fault does not lie with the common-man's understanding of words, the fault lies with Ghandi's purposeful misuse of language.

It is increasingly obvious that the only shameful attitude for the modernistically-tolerant, multi-cultural "nothing is Taboo" American to hold is to admit to feeling shame. (Remember the "Screw Guilt" bumper sticker of the 70's?) This was accomplished in America by those who deliberately set out to ambiguate language. 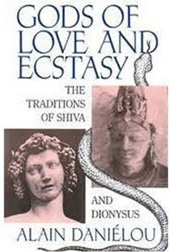 A direct assault upon the citizens would not have worked. The people had to be re-acculturated subliminally and repetitiously into feeling that "good" was not being directly called "evil" but that "good" must only be defined existentially. If it made you feel good to do it ("Feelings, nothing more than feelings") and it made you "happy," ("Happiness is...different things to different people"), then the real definition of "Good" is, "I did it my way."

Nothing works better for conditioning and acculturating than having a melodious "lyric" playing over and over in the brain. Music, it is said, can soothe the savage breast. But Aristotle pointed out that only soothing music can calm the breast. He called this type of music "Apollonian." The music that savages the breast he called "Dionysian." (Dionysus, ancient Greek god of wine and fertility... corresponds to the Roman god Bacchus and the Hindu god Shiva)

But the deconstructionists had very little trouble with appropriating Beecher's proverb. All they had to do was to take away the capital "G" and turn God into god(s). In a little more than one century Creator God was transmogrified into creature gods, and "liberty" became "libertinism."

And tolerance as commonly understood in Judaeo-Christian orthopraxy was transmogrified into "identity politics:" Tolerance of persons because of their personhood, necessary to the sustaining of a Republican form of government, has been transformed into "My actions define who and what I am, and you have no right to deny me my right to be who I am and to do what I desire to do." "Good tolerance" has given us "hate crimes."

The new oracles infiltrated our institutions of "higher learning." One of the most militant of secular "holy men," was the revanchist-Plutopian philosopher with the perfectly ironic name of Goodman, who proselytized the fantasized glories of a Garden of Hedon.

Norman Podhoretz, then editor of Commentary, wrote that Paul Goodman's "Growing up Absurd" represented the "very incarnation of the new spirit." Morris Dickstein wrote that Goodman was an enormous celebrity, who "like Allen Ginsberg was more than a writer in the sixties, he was a pervasive and inescapable presence... ."

Goodman was, "aggressively bisexual, which meant — as his diary, Five Years (1966) makes clear — predominantly homosexual." (1) (Roger Kimball, author of The Tenured Radicals, and The Long March: How the Cultural Revolution of the 1960s Changed America).

Goodman wrote in his diary "I distrust women clothed. Naked they are attractive to me like any other animal." Goodman shamelessly continued, "There have been few days going back to my 11th year when I have not had an orgasm one way or another." Was Goodman an anomaly or in the vanguard of the new "good?" Clearly the latter!

Another in the van was Norman O. Brown, educated at Oxford, the University of Chicago, and the University of Wisconsin. Brown wrote of the metanoia — the conversion that changed his life in "Life Against Death: The Phychoanalytic Meaning of History," that there is an "intrinsic connection between social organization and neurosis." His goal was to abolish "repression" and to cure "the disease called Man."

Typical of the non-integrated brain of the meliorist "RetroMan," Brown, a male, did not consider himself to have been infected with the disease he called "Man." Question: Who (or What) were the creatures Brown proposed to seek "union" with?

One of the most revered — still — icons of the campus, was philosopher Herbert Marcuse. Marcuse taught at Columbia University, Harvard, Brandeis, and the University of California at San Diego.

To get a taste of Marcuse you should read his essays "Repressive Tolerance" and "Eros and Civilization," his conjoining of Marx and Freud. He wrote (in 1965) "Liberating tolerance would mean intolerance against movements from the Right, and toleration of movements from the Left." This mantra is still the gospel-for-radicals of today's Alinskyite Progressives.

If you want to comprehend what has happened in the deconstruction of America...what has brought about the resurgence of Progressivism, study such as Goodman, Brown, and Marcuse, and put them in context with the "new good" rhetoric of Barack Obama and the Marxist-Leninist factions.

One of the current disciples of Marcuse is Obama's ideological Attorney General (3)Eric Holder. Holder spoke to a graduating class at Boston University and told them "Positive change is the consequences of darkness, not light. Whenever you look into our past this is true...it was economic turmoil that brought us the progressive era and the New Deal...the Great Depression was a good thing."

Remember this about the Progressives: Darkness is "Good." They produce a crisis, publicly bemoan the "darkness" that they deliberately produced, and then when it has served their purpose they declare it... "Good."

"Men are qualified for civil liberty in exact proportion to their disposition to put moral chains upon their own appetites... . Society cannot exist unless a controlling power upon will and appetite be placed somewhere, and the less of it there is within, the more there is without. It is ordained in the eternal constitution of things that men of intemperate minds cannot be free." Edmund Burke.

"On October 8, 1998, an entire press-run of the Georgetown (University Academy was destroyed after it dared to criticize a university program that compelled professors, administrators, and resident assistants to place inverted pink triangles on their doors, at the nation's oldest Catholic university. University president Leo O'Donovan, S.J. (Society of Jesus) stayed silent over the matter for two weeks, finally issuing a statement that was interpreted by many to be a condemnation of the newspaper. O'Donovan defended free-speech only 'in accordance with our "Speech and Expression Policy," which states that "expression that is grossly offensive on matters such asin sexual preference is inappropriate in a university community."

NEW YORK — "Former Soviet Communist Party boss Mikhail Gorbachev, founder of the State of the World Forum six years ago, used a $5,000 per person gathering of the world's political and business elite to plea for the United Nations to adopt a Soviet-style "central authority" to manage the world's business and environmental concerns."

(1) Roger Kimball, author of The Tenured Radicals, and The Long March: How the Cultural Revolution of the 1960s Changed America.