June 21, 2011
"To think is to meander from highway to byway, and from byway to alleyway, 'til we come to a dead end. Stopped dead in our alley we think what a feat it would be to get out. That is when we look for a gate to the meadow beyond." 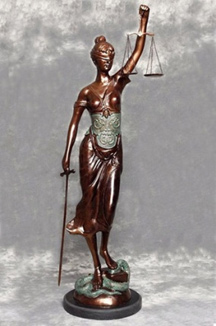 Article 9 of the provides a right to freedom of thought, conscience and religion. This includes the freedom to change a religion or belief, and to manifest a religion or belief in worship, teaching, practice and observance, subject to certain restrictions that are "in accordance with law" and "necessary in a democratic society"

In Part One of this three part series I related the episode of "Law and Order" that dealt with the conflicts of conscience between a Roman Catholic priest, representing the "religious system," and a District Attorney representing what I call the "justice system."

I closed Part One by apprising you that after much "grievous soul-searching, the priest makes the decision to acquiesce, to testify and to surrender his priestly office." He does testify — even apologizing to the accused for having failed him.

The defendant is convicted of homicide by a jury of his "peers." The young man originally accused and convicted of the stabbing murder and sentenced to life imprisonment is released from prison. Justice has been done, it would seem. Here, though, we must be careful for there is an irony. Based on the best the judicial system has to offer — res ipsa loquitur, prima facie, circumstantial evidence, stare decisis, attorneys of disparate skill and ethical integrity, experience, and political alliances, etc. — one man had already been falsely accused, wrongly convicted, and unjustly imprisoned.

The dramatic closing scene shows the priest outside of the court house pausing on the sidewalk while he removes his Roman collar, symbol of his calling — of his sanctified office.

I've provided you, above, a preview of my increasing skepticism toward our nation's judicial system that has devolved by a combination of arrogant ideological activism and insouciant passivity. I'll attempt to give a tolerable treatise on this in Part Three.

First, I want to get back to the primary purpose of my trilogia which is to deal with the fundamental importance of the two systems — the religious/spiritual and the judicial/secular. The ideal is that both of these systems operate in harmony — if not in perfect harmony, as to priority of application, than as a concordant compact. As evangelist Ravi Zacharias would put it "Not as either/or, but as both/and."

Law is always associated with Order, both in the religious/spiritual and the judicial/secular. Both systems detail how we should live and why we should live in a manner that best provides optimum peace and security for the individual and for social intercourse. Without the law one is left with both spiritual and secular anarchy. "Anarchy" simply means "without law."

But does it really? In terms of human behavior doesn't anarchy further imply that when persons oppose generally agreed-upon laws (antinomianism), each person is, in effect, establishing his and her own laws (autonomianism)? And, by so doing they run into conflict with both the spiritual and the judicial systems.

Even those who deny a Creator God admit that "If there is no God, Man has to create god(s)." Why? Because for the sake of security and order someone must offer laws for living — some compact of concordance. Read the Humanist Manifestos I and II and this is undeniable. Those who are iconoclastic, self-declared atheists and secular-humanists deny a need for god(s) and claim that "Man is the measure of all things," but they don't deny that they, being rational persons, advocate laws that meet their test of enlightened reason. They object to religion, but they, then, establish their own "religious" system.

In Heresies: Heresy and Orthodoxy In The History Of The Church, author Harold O. J. Brown, Ph.D. from Harvard and professor of biblical and systematic theology at Trinity Evangelical International University details how primitive, Scripturally orthodox grounded Christianity digressed.

Under the heading "From Faith to Power" Brown writes, "The early church was a community of faith with little political power. The late, medieval church was a powerful corporation; it would not be correct to say 'with little or no faith,' but it is apparent that the quality of the faith was seriously impaired, so much that it seemed constantly to need defending by violent repression. After seven centuries of comparative doctrinal calm, the church, particularly in the West, had reached the point of labeling every criticism and challenge heretical. When no substantial doctrinal issues existed, questions of power, prestige, and property were treated as doctrinal matters. 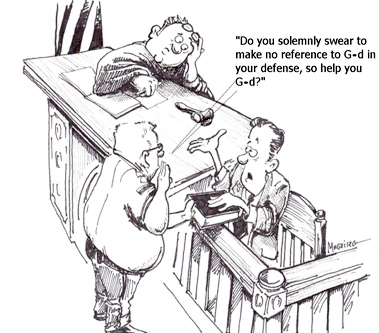 "The real spiritual authority accumulated in twelve centuries of efforts to preserve 'the faith once delivered' was quickly dissipated when those efforts came to be concentrated on preserving the church's own claims. Exactly two centuries after the Fourth Lateran Council, John Hus, a Bohemian priest, was burned at Constance. He was not a heretic in the classical sense.... All that he asked was that the church return to its own Eucharistic practice of earlier centuries. Why was this perceived as a deadly threat? Because the church, in espousing "transubstantiation," had committed itself to one interpretation of its role, an interpretation that could tolerate no challenge."

I propose, radically, that the church separated itself from its Root. The faith once delivered devolved into religion, religion produced denominational fragmenting of the Body of Christ, and the constant interpretations of men made God who scripture tells us is "not a God of confusion" a very confusing God indeed.

To Christian doctrine was added dogma and though still nominally Christian a confusion of faiths arose. And religious confusion produced skeptics who reject orthodox Christian doctrine and teaching, and who reason, with some justification, that "christianity" (sic.) is merely a Man-created system of myths, anecdotes, and homo-erectus superstitions.

Getting back to the priest and the district attorney, to the religious/spiritual and the judicial/secular systems, I propose that the priest's conscience regarding his oath to be faithful to the sacrament of Penance was more a product of dogma than of doctrinal orthodoxy. Though he was entirely sincere and faithful to the interpretation of his denomination, he was confused in his understanding of God's unique and specific meaning of Justice. "He is the Rock, His work is perfect; For all His ways are justice.... A God of truth and without injustice; Righteous and upright is He." Deuteronomy 32:4 (NKJV)

On the other hand, the district attorney in his belief (remember, an attorney also takes a solemn oath called "attorney/client privilege) in the dominance of civil justice was paying insufficient attention to the fallibility of a legal system produced by human reason even though he had evidence that it was the moral conscience of one individual who came forward to produce justice for the young man who had been wrongly convicted in the stabbing death.

In America as we now have it, the skeptics who minimize the spiritual/religious system have produced a judicial system that depends upon punishment, called perjury, because as religious belief in an omnipresent, Holy and Just God is scoured from the mixed medium of information and education — the public square — fewer and fewer hold to "Do you promise to tell the Truth, the whole Truth, and nothing but the Truth, so help you God?"

In conclusion I submit that the two systems that have held America together have been made impotent because there is only a remnant remaining who understand the original intent that led America's inspired founders to endow upon us a civil system designed for moral men — a system doomed to produce injustice when Christian Truth no longer prevails.