Frank Maguire
Be ye not mesmerized by the Toothsome Bamboozle

August 3, 2011
"Promises mean nothing in Washington. We need genuine, transformational reform and real spending cuts today, not a strategic Republican victory. The time for political expediency is over." Glenn Beck: We've Been Betrayed, NewsMax.com August 2, 2011

Running down the list of votes by the Senators on the raising of the debt ceiling should, if considered carefully, raise some questions. Such is my humble opinion.

We have to think realistically about who voted what and why? Lest one be a victim of the "bamboozle: to conceal one's true motives from especially by elaborately feigning good intentions so as to gain an end." 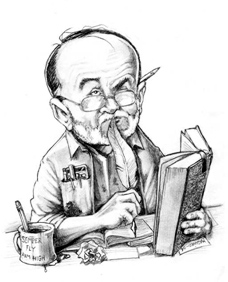 Next, we have to consider those nuanced (i.e. "shady") "leaders" who are pragmatically bent. Those who are always calculating what they have to lose or gain by their vote.

There was no question at all that the Senate would pass the raising of the debt ceiling. So, let's look at those Democrats who voted "No!" An act of rebellion against their Party? No! An act of courage? Oh, c'mon! A very clever calculation as to how to do no harm to their Party while disarming any oppositional inroads into their re-election chances? Methinks a definite "Yes!"

With a wink and a nod to their Party comrades, who were snickering up their sleeves while crying, for the cameras, "Fie upon you! For shame!" they can tell the voters of their State, "I chose to sacrifice my chances for re-election by voting my conscience and possibly losing funding from my own Party." This was a primordial ploy before Macchiavelli wrote about it.

In my own State of Arizona, alleged to be "conservative," our State bird should be the Great ParrotOx, a/k/a the Mugwump. (Although the ornithological symbol, the Cactus Wren who nests in the very spiny cactus fortress, is not a bad metaphor!) We have the nominally "conservative" senators, John "Crash Another One" McCain, and Jon "The Glibly-Uncommitted" Kyl. (Michael Barone wrote in the 2010 Almanac of American Politics that "the unassuming Kyl quietly built a reputation for hard work, for his knowledge of the nuances of policy, and for his ability to play the inside game." Senator Kyl was recognized by Time magazine in 2006 as one of the 10 best Senators.") Q.E.D. — quod erat demonstrandum.

We get a real idea of what A to Z "conservative" means in AZ: "Conserve the 'seat' of the tenured in office 'cuz they are the bag-men who can snatch some booty from the Lib's in Washington." Arizona, by the way, is not "conservative" as historically understood; it is libertarian.

In other words, McCain, after his recent (a very salient "recent" which translates to "six more years") ugly, rolling flight-deck in a stormy-sea landing re-election is home free, hoping, as politicians do, that over the years the "Yes" vote will have been buried in the desert sands of time, covered by six years of monsoon haboobs, and virtually forgotten.

Kyl has "promised" that he is not going to run for re-election. So, what might that mean? Well, I was born and bred in the fuggy atmosphere of the great One-Party Commonwealth of Massachusetts, soon to be renamed The Plutopian Kakistocracy of Provincetown. Where wealth is commonly distributed to political retirees in the form of new assignments — judgeships or a University presidency or a board chairmanship, etc! I know the system. (Consider Billy Bulger, the smarter criminal of the Bulger family, who disposed of his enemies with political machinations instead of using, as did "Whitey," machine gun "politics." I was even born and bred in "Southie," the original enclave of the Bulgers.)

Am I a skeptic? I don't think so. I've seen most of everything in my 73 years. I consider myself to be pretty hep and realistic as to what man's capacity for deceit against his neighbor — and the survivalism of the ambitiously corrupt — amounts to.

Anyway, give it some consideration. If you conclude that I am just being a cynic, that's o.k. You're entitled. I'm willing to listen (read) and learn, even at my age. Getting to the truth of matters is a life-long process, and it is not accomplished under the hypnotic spell of the "Toothsome Bamboozle."