May 12, 2012
The Humor Known as "Argumentum ad Populum" Question: What does one call someone who selectively affirms State's Rights while suing a State for protecting its own borders from illegal entry? Answer: A Progressive Democrat who is running for re-election. 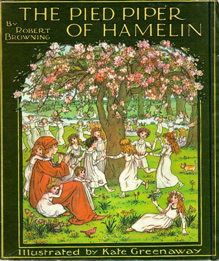 Skimming through the boob-tube channels last night (5/10/2012) in search of the Boston Celtics-Atlanta Hawks game, Fox News embodiment of supercilious self-assurance, the grandiloquent Harp of Harvard "Bill" O'Reilly had this Post-Modernism-in- a- Democracy syllogism on display.

Typical of O'Reilly, he was, ostentatiously, reciting to us the words that we could see on the screen. The assumption of his is, it seems, "I must read it to the viewers for few have been graced with a degree from Harvard."

My wording is not exact, but there are no notable differences between what O'Reilly was, I think, proposing and my paraphrasis.

The syllogistic inference is that Gay marriage is, in and of itself, acceptable in a pluralistic democracy. Nothing objectively wrong with it! Simply a subjective preference!

But! Those persons who are merely supporting Gay marriage for pragmatic, political self-gain, i.e., those who have the motives of, e.g., Barack Obama, are the only "bad people."

The much used rationalization: "It isn't the action that is worthy of contempt and impeachment, it is the disingenuous attempt to cover it up." O'Reilly's Gay marriage syllogism is in this category.

Barack Obama has taken a gamble. He and his advisors are calculating that they already do not have the support of persons who openly oppose Gay marriage — that this constituency is not in their camp. They believe that the wisest strategy is to strengthen their position with those who favor the Socialist-Progressive Left, which translates to more votes and more political contributions.

Will this tactic work? Already it is being alleged that millions of dollars are flowing into the Obama campaign coffers as a result of his endorsement of Gay marriage.

The irony of this is that regardless of how many millions Obama spends on his campaign, if it is true, as it seems to be, that a substantial majority of American voters are healthily opposed to Gay marriage, and other Progressivist programs, then all of Obama's vast expenditure will go for naught. In fact, the more he spends promoting Gay marriage, the more damage it will do to the Progressives across the board.

Advice to the Conservatives and Constitutional Republicans! When one's adversaries are rushing headlong and headstrong toward the precipice, simply stay out of their way. Affirm, positively, one's own principled, objective standard, and live it with constancy: "Esse Quam Videri — Better to be than to seem."

Then, let the Prevaricating Progressives stage their own variation of the Pied Piper of Hamelin < http://www.indiana.edu/~librcsd/etext/piper/05.html > where their Paltering Pimping Piper is empowered by a Community Organizers Action Committee to rid the "town" of the Greedy Rats who consume inequitably, then he pipes the Brats into the local Entitlement Reservation, then he has a huge sign posted at the "town's" borders "Rats out 'Crats In."

Now that America's Piper in Chief — "I have always been a Christian" — Barack Hussein Obama has experienced an evolutionary epiphany, and has been reborn-again into the "Good People Who Favor Gay Marriage" faith, he can never return to the closet after voluntarily, and gaudily, performing another of his cerebrally-acrobatic "stunts."

The people will finally acknowledge that he is, merely, a skinny solicitor (one who solicits, one who requests, one who petitions; one who offers legal advice to clients and may present petitions to the lower courts but is not a member of the bar [British]) who gives himself away whenever his lips move.

Perhaps he can keep off the unemployment rolls by procuring a job among his Hollywood lick-spittles as Stunt Man in Chief? We all know that it pays well, will keep him on camera, and which might not necessitate a "just follow the bouncing-ball" monitor.