This is different for me. My son Thom is an excellent artist. He read Selwyn Duke's most recent piece and was struck by the paragraph that you see inserted in that which I send. Thom would like his caricature to be used, freely, by anyone and everyone who can find use for it. 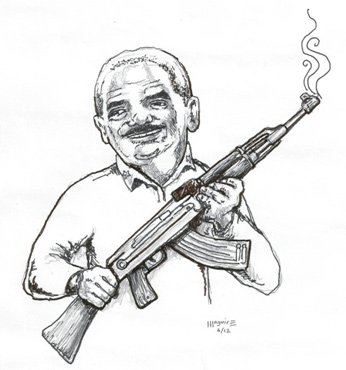 "And that is the face of expediency. It's like the Machiavellian leper character in the film Braveheart, who claimed that the ability to compromise — even with great principles at stake — makes a man noble. But it does not, and creating de facto nobility existing above the law makes a nation quite ignoble. Respect for station is no substitute for respect for rule of law."