July 14, 2012
"A professor at an Iowa college says, as a Christian, that Jesus was a Muslim." 'I had to rethink what Islam is' (professor) Shedinger said in the interview. 'I came to the conclusion that it was a social justice movement and I think that's who Jesus was in the first century, so I conclude Jesus is more like a Muslim.'" "Christian Prof says Jesus was Muslim," Bob Unruh, World Net Daily

"I am astonished that you are so quickly deserting the one who called you by the grace of Christ jesus, and are turning to a different gospel, which is no gospel at all. Evidently some people are throwing you into confusion and are trying to pervert the gospel of Christ." Galatians 1:6,7

"The new Episcopal same-sex liturgy is called 'The Witnessing and Blessing of a Lifelong Covenant.'"

"Speaking in favor of the blessings, Deputy Jenna Guy from Iowa said the resolution is important to the younger generation of Episcopalians, adding that passing the resolution would bring more people into the Church. 'It's always with great pride that I tell [people] of the inclusive nature of this Church,' Guy said.

"A deputy from Alaska added, 'There is never anything wrong with celebrating love.'"

"This makes me wonder if these Episcopalian Bishops are following Scripture or just what is contemporary. My Bible says this is an abomination before the Lord. So, they presume the Bible is wrong or that an Abomination before the Lord is not important. I would not want to be in their shoes on Judgment Day. What a sad, sad day for America and an even sadder day for the Church."

Christians know that Jesus hand-picked his first 12 apostles. We know also, that the disciples, thousands of them, chose Jesus to be the teacher who would guide them in their becoming disciplined in his teachings.

We know about Judas. And we know about the other apostles who were murdered because they did not forsake Jesus. We also know how John was imprisoned on Patmos, and was, after his release, persecuted but survived, and died an old man, still spreading the words of his Lord and Savior.

We know little about the disciples, though some are spoken of in Scripture. We do know because Jesus told us that which has been a bit of a mystery and source of much theological debate; "Many are called but few are chosen."

This brings me to the point of my editorial of speculation and opinion. I'll make my thesis statement simple. 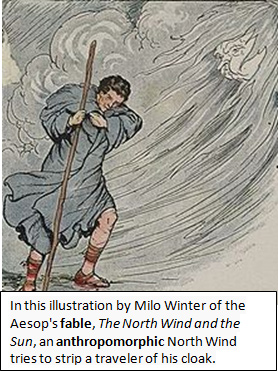 There are many religious institutions that advertise themselves as "Christian," but no institution can be, in and of itself "Christian." It is a title that must be earned through consistent demonstration and practiced adherence to orthodox Christianity.

Apostate? Heretical? I aver "Not!"

To explain the reason for my conclusions, I will address that which I know from experience: "Christian" schools and seminaries.

The college where I earned my baccalaureate degree was billed, when I enrolled, as a Bible college, and professed that the Bible was in its entirety God's inerrant, unchanging word, just as Jesus the Christ taught, with no equivocation.

During my tenure at the college, I saw a moving away from that position. The reference to "Bible College" was dropped. First, it became a "Christian Liberal Arts" college. Then it became a "Liberal Arts College with a Christian emphasis."

By the time I graduated it was promoted as a "Liberal Arts College," with no overt reference to "Christian." The reason for this was that the college wanted to grow the student body. The rationale I heard was that those who wanted to attend should not be discouraged by any exclusivity — that the tradition of the college would be adequate. Those who then chose the school knew that there was a preference that Christianity would persist, but no student had to display any belief as to Jesus Christ or to his Father's Word.

As the older faculty who taught the Bible fundamentally retired — some resigned when they saw the direction in which the school was heading — they were not replaced by fundamentalists.

The faculty remaining became "religious studies" teachers. The faculty who taught such as science, social-studies, and liberal-arts no longer had to hold fundamental Scriptural beliefs. In fact, in some cases to secure their scholastic credentials among their peers, they dared not do so.

They employed the pragmatic tactic of "keep your mouth shut." They didn't wish to be, to paraphrase an old Japanese axiom, the nail that gets hammered because it sticks out.

This happened quickly under the administration that promoted rapid growth. In the three and one-half years that I was in attendance, I experienced the designed transmogrification.

Clearly, I was saddened at the increasing skepticism regarding the Word of God. This is when I concluded that there cannot be a Christian college, de jure or de facto. Only persons can be Christians, and no non-human entity can be fabulously Christian by anthropomorphic personification.

Acknowledging, even from my years at the school, that many of the denominations that are ostensibly Christian were professing theologies that were ersatz -Christian, I held, then, as I hold now with greater confidence that the essential decay was not caused by the increasing number of "learners" who had an indifference to Christian fundamentals. They were merely symptomatic of the real problem.

The cause of the decay was the increase in administrators and faculty members — the "teachers" — who felt no need to hold to Christian fundamentals that are orthodox. That is, that they were "Christian enough" even though they ignored the teaching of Jesus; every teaching of Jesus regarding his Father's holy Word could be re-interpreted by modern theological abstract-constructions.

I concluded that when the students were not disciples of Jesus, this was to have been expected. The majority of those whom Jesus taught the disciplines of Faith had fallen by the wayside, like unproductive seeds. I accepted this as a scriptural reality.

My problem was that those faculty members who were disciplining, whom I equated with the apostles — they who were true to the orthodox, scriptural Faith — were not teaching in fidelity to God's inerrant, infallible word. They had given up their faith in the orthodox teaching of Jesus, who is the cornerstone of the Faith.

It is interesting that this college has swelled in numbers and infrastructure. Millions of dollars have expanded the school's financial coffers. And, the college now advertises itself as a "Christian" school.

A wonderful thing, is it not? Perhaps! But, the verdict is not in. For example, there are religious institutions that still use the adjective "Christian" that are associated with what is known as The New Christianity, some even promoting the New Age, Pantheistic and Panentheistic theologies of the times. This includes a universalism of religious equivalency. "We all worship the same God." "There are many roads to salvation." "Everything is god." "We are gods."

Have the pilgrims progressed? What is the current definition of progress? Are all Christians now Progressives?

I conclude by coming back to the words of Jesus Christ. "Many are called, but few are chosen." Contrast this with the New Christianity prophets who are teaching that everyone chooses himself.

Accept my reasoning or don't. All I ask of you who have read this is that you give some consideration to that which I have written. Infinitely important, I believe, for each person and for our Nation that was founded by those who held to the fundamentals of God's Word.