May 18, 2013
"The secret of clandestine warfare...lies in the maxim 'If you don't lose, you win.' Ever since Machiavelli, Western statesmen and politicians have been fascinated with the idea of combining the wiles of the fox with the strength of the lion. We have always used both to effect, but this time we knew victory lay in the way of the fox. If war (Clausewitz' dictum) is the extension of politics by other means, clandestine war is the extension of conventional war by other means." "The Last Christian on Earth: Uncover the Enemy's Plot to Undermine the Church," by Os Guinness, 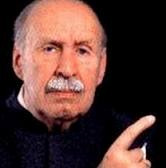 "The problem of boundaries and local allegiance would exist in a world state also. It is rather naive to believe that borders are felt merely on account of customs officials and passport regulations. No United States of Europe could have been erected over the monstrosities of the 1919 boundaries; disregarding this fact would mean merely to rename international wars 'internal conspiracies and revolutions.'"

"Liberty or Equality: The Challenge of Our Times," by Erik von Kuhnelt-Leddihn

By inductive reasoning we take in that which we see and hear and attempt to assimilate it with that which we think we know, to the best of our knowledge and abilities of comprehension. My simple thesis statement is "Everyone is taught, everyone learns, and everyone makes choices."

"The important thing is moral choice. Evil has to exist along with good, in order that moral choice may operate. Life is sustained by the grinding opposition of moral entities." ¯ Anthony Burgess, A Clockwork Orange

I believe that the great majority of persons are taught, in one way or another, that the best condition to arrive at is the status quo: to that "happy" place where we are comfortable to no longer engage in serious choice-making; to settle in that comfort zone, making only the practiced choices that best sustain our personal materialistic serenity. Snug and smug as the proverbial bug in a rug!

Such stability – living in a "stable" condition – is, then, a "blessing." If conscience-depressing religion is one's major taught-source, then one has been "blessed" with a narcotizing stability.

The distinction I'm making between "taught" and "learn" is that "taught" is essentially a passive-state while learning is an active process. The conscientious learner is, by my reasoning, "cursed" with an ultimately healthy instability.

Some Thoughts about Thinking

The French thinker, La Rouchefoucauld put it thusly: "To know things well, we must know them in detail; but as that is almost endless, our knowledge is always superficial and imperfect."

Chinese philosopher Chuang Tzu, in "The Music of Heaven" (4th-3rd century B.C.) implied the curse and blessing one must contend with in the pursuit, ultimately, of wisdom when he wrote, "That knowledge which stops at what it does not know, is the highest knowledge."

In letters to his son, Lord Chesterfield (Dec. 11, 1747) builds upon Chuang Tzu. "Knowledge is a comfortable and necessary retreat and shelter (a moving-into the "stable retreat") for us in an advanced age; and if we don't plant it (i.e., personally comfortable knowledge) while we are young, it will give us no shade when we grow old."

Confucius, however, in his 6th century B.C. "Analects" presents an uncomfortable, laborious direction. "Learning without thought is labour lost; thought without learning is perilous." And on and on, ad infinitum!

"They don't go into what is the cause of goodness, so why of the other shop? If lewdies are good that's because they like it, and I wouldn't ever interfere with their pleasures, and so of the other shop. And I was patronizing the other shop. More, badness is of the self, the one, the you or me on our oddy knockies, and that self is made by old Bog or God and is his great pride and radosty. But the not-self cannot have the bad, meaning they of the government and the judges and the schools cannot allow the bad because they cannot allow the self. And is not our modern history, my brothers, the story of the brave malenky selves fighting these big machines?"

In his "The Idea of Progress," Outspoken Essays: 2nd Series (1922) William Ralph Inge wrote "The fruit of the tree of knowledge always drives man from some paradise or other, and even the paradise of fools is not an unpleasant abode while it is habitable."

Inge's Garden of Eden allusion – "the fruit of the tree of knowledge" – in predicting, concomitant with the seeking after Wisdom, of the inevitable arrival at a habitat that is an unpleasant abode. This is, essentially, in keeping with Ecclesiastes 1:18; "He that increases knowledge increases sorrow."

Which brings us back to that which I attribute to the majority – those who feel less consciously anxious being inconspicuous amongst the milling-masses than to feel responsible to persons. Learning is not a desire of their heart if it threatens them with sorrow and an eviction from their "stable retreat," into the habitat of an unpleasant abode.

Nietzsche, in "The Leech," Thus Spake Zarathustra (1888) cynically wraps things up: "Rather know nothing than half-know much." In this instance, Nietzsche seems to be asserting that which is my own thesis statement... which is complacent tranquility within that which we have been taught if it makes our habitat pleasant, and to learn no further because, says, Ecclesiastes (Solomon) "knowledge increases sorrow."

I think that humorist James Thurber defines/describes the condition that we, in this post-Christian, post-modern progressive world, now abide: "So much has already been written about everything that you can't find out anything about it."

To Thurber, I add another humorist, Will Rogers, who wrote, with irony, "It isn't what we don't know that gives us trouble, it's what we know that ain't so."

In our present age of garrulousness and pompous prolixity, of rarified rhetorical ramblings and the postulations of the puckish, progressivist, power-hungry propagandist, the only successful leader-mogul is one whose singular interest is vested in himself/herself.

The power-seeker has concluded, artfully, that in times of confusion and seeming chaos, most people want to be taught, and fewer want to learn. Most persons want to be sheltered by the "shades," whereas learning exposes us to the light and heat of actuality.

In his adaptation of C.S. Lewis' "Screwtape Letters," writer Os Guinness, in "The Last Christian Standing," has his diabolical High Priest counsel his nefarious myrmidons on how simple it is, though requiring some care, to flip the world off its feet onto its head – to turn the world downside-up.

(Myrmidons: "A legendary Greek people who loyally followed their King Achilles in the Trojan War and who were said to have been created from ants." [Arcade Dictionary of Word Origins])

It is increasingly obvious in our nation's retreat into Progressivism – that prophesizes inevitable human-cultural progress – that those who are predisposed to seek power will use their power to autocratically control.

In an astute analysis, Alan Keyes "Will Americans Embrace Synoptic Thinking," renewamerica.com, May 13, 2013 tells us "In regard to political information we live in times that are cursed with a blessing. Data flows with abundance – found, stored, and researched with relative ease. But the ability to perceive them as more than a series of bits and pieces, to parse, decode, and interpret them to make sense of the information, on the whole, is not only rare, it is discouraged and frowned upon.... If (e.g.) the family has no meaning or worth other than what the government dictates, is there some aspect of the meaning not worthy of the natural human individual which government does not determine and control?" 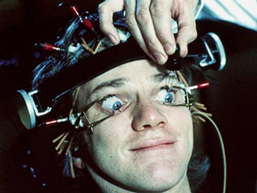 "People who have no natural heritage are apt to have no identity but what the government imposes upon them. In what vain, improbable fantasy of so-called freedom do we imagine as free, individuals with no sense of their own history or personality except what depends on the contrivance and permission of their rulers."

If the Past is deprecated and revised by the prophet-gnostics and high priests of the Present, the question is "What are we being taught is the Future for which we should prepare?" For some abstract, experimental Future, with no Character, unstable in its very essence? A Chimera who slouched, one acrid morning, out of the dystopian mist of some Foggy Bottom and into our midst?

Your guess is as good as mine, if that's all there is. As for me, "The Fear of God is the beginning of Wisdom."