Frank Maguire
The "magic of you and me"

Matthew 1:18 Now the birth of Christ was as follows. After his mother Mary was betrothed to Jesus, before they came together, she was found with child of the Holy Spirit.

Luke 1:39-44 Now Mary arose in those days and went into the hill country with haste, to a city of Judah, 40 and entered the house of Zacharias and greeted Elizabeth. 41 And it happened, when Elizabeth heard the greeting of Mary, that the babe leaped in her womb; and Elizabeth was filled with the Holy Spirit. 42 Then she spoke out with a loud voice and said, "Blessed are you among women, and blessed is the fruit of your womb! 43 But why is this granted to me, that the mother of my Lord should come to me? 44 For indeed, as soon as the voice of your greeting sounded in my ears, the babe leaped in my womb for joy.

narrating is important for the graphic depiction of the unique human being, conceived in matrimony, in the womb of the mother. http://www.youtube.com/watch_popup?v=fKyljukBE70 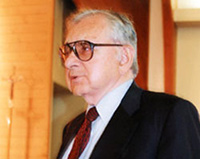 About 30 years ago, the leading abortionist in America Dr. Bernard Nathanson had recorded (audio) the cries of babies when they were prodded. He entitled it "The Silent Scream."

Nathanson then quit the abortion industry, where he had made a fortune by his own admission, and he became a spokesperson for pro-life. http://gerardnadal.com/2011/03/01/homily-at-the-funeral-of-bernard-n-nathanson-m-d/

The abortion industry turned against Nathanson with the vengefulness of those who unconsciously feel guilt. Planned Parenthood, the National Organization of Women (NOW), and the ACLU started a vehement campaign to discredit him. 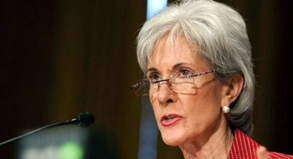 As we know, the abortion industry not only survived, they have grown, incrementally, in power and political influence. We now have a president who speaks often to his funders in the abortion industry, defending abortion on demand, and tolerating the infanticide of babies that are exiting the womb. And, we have The Queen of Pandaemonia, Kathleen Sebelius as the United States Secretary of Health and Human Services. http://www.americanthinker.com/2013/06/kathleen_sebelius_advocates_for_gaybamacare.html

The MRI technology, "invented" by Vahan Damadian designed to do good (note the protracted controversy surrounding the exclusion of Damadian from Nobel Prize honors)

is now being abused by the abortion industry as a way to discover children with congenital "defects." They claim that it strengthens the case for the "rights" of the pregnant woman to eliminate her "defective" child.

Again, because of the moral decay in "democratic" America, and the complacency of the American populace, the abortionists continue their success. http://creation.com/super-scientist-slams-societys-spiritual-sickness And, in typical Fascist fashion they claim to be conscientious in their protection of the woman's right to "her own body" by not interfering in the prosecution and conviction of the fiend Dr. Kermit Gosnell. Thus, an exploited crisis served a utilitarian end. Their Goebellsian propaganda mill – "Ministry of Propaganda and National Enlightenment" – can now say "See, we only protect the ethical abortion providers."

Vahan Damadian, the MRI creator is clearly a brilliant mathematician, with myriad talents. He probably couldn't have imagined that language/words would be manipulated by those who place little value on the child's life, and who have a Progressivist agenda. We must recover the language that accurately conveys the truth.

For example, the video is entitled "From Conception to Birth." This permits the abortionists to support their lies that only after "expulsion" (Another unfortunate, inaccurate word used in the film) is the child more than "potential life." Dr. Peter Singer goes far beyond this. http://www.lifesitenews.com/news/ann-coulter-dumped-as-hateful-but-pro-infanticide-peter-singer-ok-jesuit-un/

The woman does not expel the child. The child's chemistry actually determines when it is the time to leave the womb. The child is the initiator. The woman in parturition participates as she must, by design.

"Current research indicates that mother OR baby OR placenta can determine when labor begins. I was reading about this in a med journal a couple of months ago while waiting for my Mom's procedure to finish. One of the interesting factoids that I specifically remember was that the baby actually emits a hormone/pheromone that can start labor. They mentioned that lack of this hormone/pheromone is why some babies can be born past 42 weeks – they tend to have it in very low doses. The placenta probably has more input, however, because it will stop producing certain hormones when it has reached a certain age. Of course, Mom can initiate labor by infection, poor cervix operation and obviously some mechanical stuff (walking, climbing stairs and washing floors have been shown to get labor started off)."

A human being, created by God, is "born" at conception, is borne by the woman, and its own natural efforts result in parturition.

Thus, the reality is that the human child exists Pre-Partum, in the womb, by its own natural effort produces Parturition, and having exited the womb is Post-Partum.

One other unfortunate use of inadequate language in the video is that when it displays the obvious little human being, the narrator calls it a "small, child-like human." The baby is not child-like. He/she is a child.

Alexander Tsiaras, Chief of Scientific Visualization in the department of Medicine at Yale University, employs new kinds of visualization technologies to view the human body.

What he has discovered, he says, "just made you marvel."

Using micro-magnetic resonance imaging, Tsiaras tracked the development of the baby from conception to birth.

Tsiaras claims that the developing human body is "so perfectly organized a structure that it was hard not to attribute divinity to it."

"When you actually start working on this data, its pretty spectacular," he said at a conference affiliated with TED (Technology, Entertainment, Design).

In the video viewers see the moment when the egg is inseminated. The baby's first cellular division takes place within 24 hours and divides anew every 12 to 15 hours.

At four weeks, the baby's cells are now developing at one million cells per second.

After 25 days, one can see the heart chamber developing. Within 32 days, arms and legs. At 52 days, the baby's retina, nose, and fingers have developed.

Tsiaras calls the entire process – beginning with two simple cells and resulting in what he says is the "magic of you and me."

"The magic ...inside each genetic structure saying exactly where that nerve cell should go – the complexities of these – the mathematical models on how these things are indeed done are beyond human comprehension, even though I am a mathematician."

"It's a mystery, it's magic, it's divinity," says Tsiaras.