Frank Maguire
The pretensions of progressivism

Human "progressive-change" is laughable, really. Study "Nichomachean Ethics" and you discover that those whose ideal is "progressive change" are those who become the ultimate conservationists. 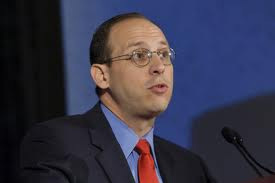 I urge you all to read everything you can get written by Hillsdale College's Ronald J. Pestritto, the Charles and Lucia Shipley Chair in the American Constitution, Associate Professor of Politics, and Dean of the Graduate School of Statesmanship at Hillsdale College. He is also a senior fellow with the College's Allan P. Kirby, Jr. Center for Constitutional Studies and Citizenship.

" The ideas that gave rise to what is today called "the administrative state" are fundamentally at odds with those that gave rise to our Constitution. The original, Progressive-Era architects of the administrative state understood this quite clearly, as they made advocacy of this new approach to government an important part of their direct, open, comprehensive attack on the American Constitution."

Pestritto is the author of Wilson and the Roots of Modern Liberalism and Criminal Law: Punishment and Political Thought in the Origins of America; editor of Woodrow Wilson: The Essential Political Writings; and co-editor of American Progressivism: A Reader.

He is one of the lecturers for Hillsdale's on-line courses on the history of the U.S. Declaration of Independence and Constitution, and the animadversion of the progressives toward those founding documents. His first course-expatiation is entitled "Woodrow Wilson and the Rejection of the Founders' Principles."

Pestritto is a recognized scholar, and his lucubrations are in the best tradition of classical education. He is thorough in his thesis, and is also judiciously diplomatic, giving credit to Wilson for being completely open about his fundamental disagreement with American foundational constitutionalism. 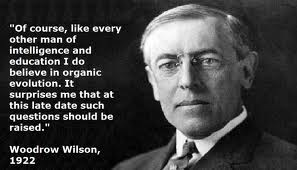 In 1911, Woodrow Wilson gave a speech now known as "An Address to the Jefferson Club of Los Angeles." What Wilson had to say, openly, even in a hostile environment, is crucial to know if one wants to understand Progressivism and those who are now ruling in America. "Now, the business of every true Jeffersonian is to translate the terms of those abstract portions of the Declaration of Independence into the language and the problems of his own day. If you want to understand the real Declaration, do not repeat the preface."

This is what Wilson said should not be repeated: "That to secure these rights, Governments are instituted among Men, deriving their just powers from the consent of the governed, That whenever any Form of Government becomes destructive of these ends, it is the Right of the People to alter or abolish it, and to institute new Government, laying its foundation on such principles, and organizing its powers in such form, as to them shall seem most likely to effect their Safety and Happiness.

"Prudence, indeed, will dictate that Governments long established should not be changed for light and transient causes; and accordingly all experience hath shewn, that mankind are more disposed to suffer, while evils are sufferable, than to right themselves by abolishing the forms to which they are accustomed. But when a long train of abuses and usurpations, pursuing invariably the same Object, evinces a design to reduce them under absolute Despotism, it is their right, it is their duty, to throw off such Government, and to provide new Guards for their future security."

Pestritto explains that when the Preamble is expunged, the Declaration becomes a "progressive" document that can be used as an accessory by progressives in their belief that human nature does not mean that humans have been given an essential "nature," common to all and unchanging, by the creator God, but that all human activity reflects the culture of the era, and the need for a powerful centralized authority to govern as each new situation requires, and adjusting government as necessary. 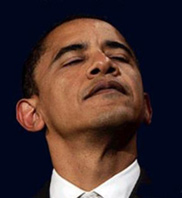 The most cynically brilliant tactic was to ignore the necessity, as spelled out in the constitutional requirements for the presidency, that whoever would be president must have been a natural born citizen of the United States. His never having been made to answer to this quintessential standard for the office of the presidency and, thus, military commander in chief, made his contumely toward all other constitutional issues, e.g., the separation of powers, easy.

If Obama has so thoroughly disenfranchised the Constitution that the 1st Amendment protection against governmental interference in religion is editorialized, and the 2nd Amendment is made unrecognizable by presidential executive order, then why is it not possible that the 22nd Amendment – Presidential Term Limits – will fall victim to a new social-democracy by mere popular vote? If Obama can accomplish this then he will supervene upon Woodrow Wilson's status as Paramount Progressive.

Especially since the Republican Party has been comprised of a large number of quasi-progressives for years! Let me cite two examples of my suspicions about the Republican Party. About 30 years ago I corresponded with my Arizona senator, Jon Kyl. He responded to my first letter. I wrote back to him making the case, strongly, that everyone in government service, be it in politics, the military, law enforcement, et al, must be held to his/her oath to uphold the Constitution of the United States. I always wondered about his non-response, I was, after-all, one of his supportive constituents?

Another curiosity to me was the behavior of the "conservative" Sandra Day O'Connor. When I was at college, O'Connor was appointed to the U.S. Supreme Court. I was co-editor of the college paper, and was always catching-it from faculty and students of the mistitled "liberal" persuasion.

Many of my campus antagonists approached the obviously misguided me, superciliously, with some version of "Well, I guess you must be happy to get a conservative on the Supreme Court." Having had a reasonable acquaintance with how progressivism had altered the political/cultural atmosphere for many decades, my answer to them would be, "It depends upon what the conservative wants to conserve. What I really want on the Supreme Court are radicals who defend the original Constitution."

There has never been a tyrant who has gained power on the slogan of "progressive change" who has not done everything he/she could do to sustain the position of power. This is why they are known, ultimately, as despots and tyrants. And hubristic idolaters! Here's how the notorious sage of progressive-education enigmatically admixed "permanent end" that is realized through endless "change" – "flux." "Change as change is mere flux and lapse; it insults intelligence. Genuine knowledge is to grasp a permanent end that realizes itself through changes." The Influence of Darwinism on Philosophy (1909)

This is the irony of "conservatism." The power seeking autocrat who accomplishes progressive-change never wants anything further to change that will reduce his/her position of power. This is why, historically, every narcissistic tyrant whose rule was threatened acted to destroy everything. If he/she could not rule it, no one else would have it. There are numerous examples of this, but Hitler's command to burn Paris in all of its artistic glory to the ground is as malicious a paradigm as is imaginable. http://www.renewamerica.com/columns/maguire/101016

I never use the word "liberal" to describe those who place themselves on the Left. The Left is the antithesis of true liberalism. "Liberal" means "individual liberty." Jefferson defines it in the Declaration of Independence: "Life, Liberty, and the PURSUIT of happiness" that is God given and unalienable rights, not momentaneous – not situationally permitted and taken-away by presumptuous autocrats. (Hillary Clinton's parsed dissimulation: http://archive.newsmax.com/archives/ic/2007/7/24/125521.shtml )

"I prefer the word 'progressive,' which has a real American meaning, going back to the progressive era at the beginning of the 20th century."

What Ms. Clinton is sort-of describing, equivocally, is what David Berlinski refers to as the "free consensus." Berlinski wrote in his The Devil's Deception: Atheism and its Scientific Pretensions, "The words 'the free consensus,' although sonorous, come to nothing more than the declaration that just so long as there is rough agreement within society, what its leaders say goes."

I am, as defined by political philosophers, including America's founders, a "classical liberal." The liberty given to Man by God, our author/creator is not tentative, it is final. No one has the authority to enslave another by denying his/her personal liberty practiced within both the letter and the spirit of the law. And, ironically, Man has neither the power or the authority to attempt to conserve that which is contrary to God's will. God is the only true conservator. And what God appears to have "changed," from the creature's perspective, is the only "Progress."

What we see now in America is tactically assumptive tyranny being imposed by enthusiastic men's laws, produced by consensually allied factions, pursuing their own narrow interests. The idolatry of Gnostic Man!

The Declaration of Independence Preamble is what I call "America's Mission Statement." Classical liberals are true to the mission, Progros are not. The contest is between those who hold that Man is the measure and measurer of all things, and we who believe that God measures all things, including Man.

In Mark 12:17, Jesus spoke to those who tried to trick him into a political gaffe that could be construed as sedition against the Romans: "And Jesus said to them, 'Render to Caesar the things that are Caesar's, and to God the things that are God's.' And they were amazed at Him." The amazing irony spoken by Jesus is that all things belong to Creator God, and that includes Caesar.

The gnostic Progros merely sneer, in their humanist hubris, at the Judaeo-Christian moral and ethical foundations of America. They hold to such theories as historical and cultural determinism, macro-biological-Darwinism, and dialectical-materialism.