June 4, 2009
Recently, I thought of two Hall of Fame baseball players, Baltimore Orioles' Frank Robinson and Cal Ripken Jr. On several occasions, I witnessed Robinson, bottom of the ninth with two outs, dramatically hitting the game-winning home run. Most players may hit the game winner once in their careers. 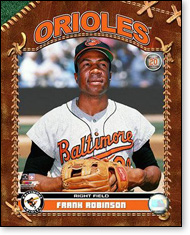 With great pride, they repeatedly tell the tale to their grandkids. Incredibly, Frank Robinson hit the "big one" numerous times.

Cal Ripken Jr holds the record for going 2,632 games without missing a day at work. But Cal is beloved for more than his dependability. He was an excellent quiet player beaming with character. When Cal announced his retirement, there was much fanfare and worldwide media surrounding his final game. The night of the game, astonishingly, Cal hit two home runs. The crowd and both teams cheered wildly for Cal. Extremely moved, Cal spontaneously jogged around the stadium. Then, the crowd really went nuts. Had this perfect scenario happened in a movie, people would have said it was too corny to be real. It was a truly wonderful, moving, and inspiring moment. (Lloyd Marcus tribute song to Cal Ripken at iTunes) 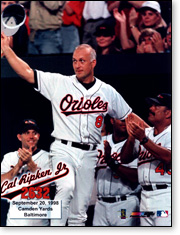 I wondered, what makes one "that guy" or "that woman," the person that does the impossible repeatedly at the perfect moment? I'm talking Michael Jordan, Tiger Woods, and other elites. A common thread ties these high achievers together. It is character and a strong work ethic. Oh, I almost left out the man who mesmerized me and my buddies as kids, martial arts genius, Bruce Lee. I am talking about EXCELLENCE!

Here in America, we are blessed with a precious gift, Freedom. For which, many brave men and women have paid the ultimate price. There is something wonderful and American about striving to be the BEST, competition, winning, losing, character, and hard work. Freedom does not guarantee equal outcomes. It does give one a rare opportunity to rise to the pinnacle. In most countries, if your parents are peasants, you will be also. In America, opportunities are limitless, restricted only by one's "Will" to GO FOR IT!

Horrifically, the Obama administration is committed to re-shaping America. Using "class envy," which appeals to our lower nature, Obama has successfully demonized achievers. He accuses them of being greedy and selfish. President Obama, the supposed "Great Unifier" uses his bully pulpit to divide Americans by proclaiming, "You have too little because THEY have too much." He vows to "spread the wealth around."

Ponder this for a moment folks, like no president before him, our president, Mr. Obama, traveled around the world on his "America is Too Successful and Arrogant Apology Tour." WOW!

My mom was a domestic worker. She cleaned white folks' homes and did ironing. She was respected for her honesty and character. My dad was one of the first blacks who broke the color barrier into the Baltimore City Fire Department. Despite horrendous treatment by the white firefighters, my dad won "Firefighter of the Year" TWO TIMES! Neither of my parents EVER taught my four younger siblings and me that we were ENTITLED to the earnings of others.

Everyone is concerned about the spread of "swine flu." I pray that the "entitlement mindset" bug, spread by Democrats and Obama, does not infect too many Americans. The day most Americans believe they are ENTITLED is the day we die as a great nation.

Obama wants to reward failure, laziness, and bad behavior, while punishing achievers. Outrageously, he fired the CEO of General Motors. Now, he wants to "cap" salaries. This is TOTALLY un-American. When did we vote to change the Constitution giving government control over private sector business? King Obama's massive "power grab" is a devastating intrusion on our freedom.

And here's another thing that "frosts" me! If one works harder, is smarter, and invests wiser than others, why shouldn't he reap the benefits? All you folks who agree with Obama's redistribution plan, do you want to see a loser? Look in the mirror. I'm sorry, but people who are consumed with "class envy" and "entitlement" are losers. The Good Book says, "Thou shall not covet." Winners celebrate excellence and strive to emulate it.

My fellow Americans, we MUST preserve and defend the RIGHTS and FREEDOM of the INDIVIDUAL!

At least for now, this is still America. We ARE the greatest nation on the planet, where personal achievement is celebrated and rewarded. For the sake of our children, we MUST not allow one "resentful of our greatness" president to KILL the American Dream!