June 18, 2009
"GOP" was the first thing out of EVERY reporter's mouth regarding a recent sex scandal. And yet, when married Democrat Gov. Eliot Spitzer used a prostitute and was investigated for his link to a prostitution ring, I had to do a Google search to discover Spitzer's political party. This is typical "give the left a pass" biased reporting. But when a conservative has a human failure, the media has to restrain themselves from dancing in the streets.

Remember when Democrat congressman William Jefferson, Louisiana, used the national guard troops to take him home to retrieve suspected bribe money from his freezer, while hurricane Katrina victims waited on rooftops to be rescued? The media NEVER mentioned Jefferson's party. Instead, disgustingly, they chose to rally around an idiot race-baiting rapper, Kanye West, who said, "Katrina aid was slow because Bush hates black people."

Why is the media thrilled when conservatives and/or Republicans morally fail. The mostly secular progressive anti-God media hates moral standards. They try to shut up conservatives by saying, "If you stand for moral standards and fail, you are a hypocrite and have no right to speak." This is nonsense. Jesus said, "ALL have sinned and come short..."

The "Hypocrisy" card is simply another in the secular progressive deck, along with the old and tattered "Race" and "Class Envy" cards, proven to be winners for the left.

Don't fall for it folks. And don't immediately throw our people under the bus every time a conservative fails. Am I saying to ignore corruption and egregious character flaws? Absolutely NOT. THAT'S WHAT THE LEFT DOES! I'm saying don't expect everyone on our side to walk on water. We are at war for our freedom, liberty, and culture. Let's not give aid and comfort to the enemy by executing our generals. 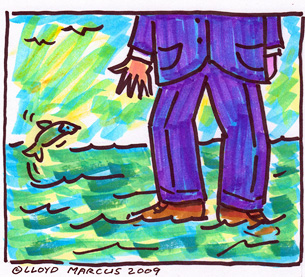