Lloyd Marcus
What to do about the Congressional Black Caucus?

September 21, 2010
Black Tea Party singer/speaker, Lloyd Marcus reporting in from performing at the Wake Up America Tea Party in Ft Worth,Texas at the convention center. Ann Coulter rocked the house with an awesome speech after my presentation.

Folks our tea party movement is alive and well in Texas. In typical Lone Star style, Texans are bold and fired up about making positive change in our country starting in November. Texans are about family, God, country and freedom. I love it! Several thousands attend the great event.

After the tea party, reception and etc, I was chillin' in my hotel room. Channel surfing, I landed on C-span featuring a conference on civil rights by the Congressional Black Caucus.

Lord help us! I tuned in during the panel discussion and Q & A. The panelists were black intellectuals. Understanding each speaker's point through their intellectual mumbo jumbo was quite challenging. But, I got it.

In a nutshell, these brainy blacks were saying the tea party movement is a bunch of extremists who wish to reverse civil rights. Folks, I assure you, their rhetoric is totally absurd. The panelists were encouraging blacks to get to the polls in November to counter the attack of the white tea party people.

I was stunned how the Congressional Black Caucus defended every item on Obama's agenda as a matter of civil rights. For example, they say everyone against Obamacare is really against civil rights, thus branding the opposition evil racists. Never mind that Obamacare is really about the government confiscating our freedom, controlling our lives and forcing socialism down our throats. If you oppose Obamacare and any other item on Obama's agenda, the Congressional Black Caucus considers you anti-civil rights and a stinking racist.

Such far left, divisive, racist thinking is so wrong, not just for black youths, but for America. The Congressional Black Caucus is just another far left liberal black group claiming to be about black empowerment who are really activists for socialism. They only support blacks who view themselves as victims of American discrimination. Successful blacks who love their country are on the Congressional Black Caucus' "El Crap-O" list. We conservative blacks must continue spreading the good news to black America about America; the greatest land of opportunity on the planet for all who choose to go for it!

While is downtown Ft Worth, Texas, my wife Mary and I stumbled upon a huge antique car show; a fund raiser for prostate cancer. There were at least 500 hundred antique cars. Very cool. 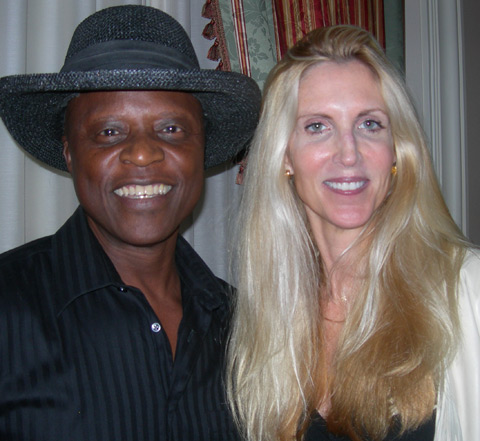 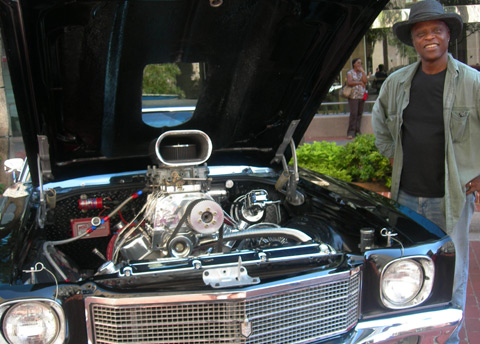