March 23, 2011
A funny thing about American dreams, upon building up enough momentum, they become contagious.

Mary and I were young newlyweds, both divorcées. We were also in the process of turning our lives around after actively pursing the 60's peace, love and drug culture life style. We reconnected with our faith. Still, neither had Mary nor I begun to even realize, let alone tap into our potential. 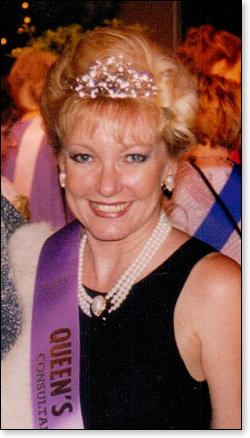 One day, an elegant lady driving a pink Cadillac showed up at our low rent neighborhood apartment. I don't know how she and my wife Mary connected, but Natalie was there to introduce her to Mary Kay Cosmetics.

Mary came home after a sales meeting extremely excited about a Mary Kay regional sales contest. To qualify for the grand prize which was a diamond ring, consultants must have ten shows in one week (facials with product presentations).

Booking ten shows in one week was not an easy task. Beyond the extremely difficult scheduling issues, Mary would have to convince ten women to invite friends into their homes to receive a facial and sit through the presentation.

Up until this point, I was not involved nor was I really paying attention. But suddenly, I was beginning to grasp how much this contest meant to my wife.

Mary was down to the wire with a few days left and eight or nine shows under her belt. If another show canceled at the last minute, I was prepared to tell my poker buddies, "Guys, if we are to remain friends, you're gettin' a facial. Don't ask questions, just do it!"

Mary did it, ten shows in one week. The big night arrived when they would announce the winners of the regional sales contest. The event was at a grand ballroom on the opposite side of town.

I did not want to go. However, Mary said it would mean a lot to her for me to attend. So I relented.

Upon reaching the expressway, our car broke down. This was before cell phones. Somehow, we made our way to a phone and Mary called her dad who lived thirty minutes away.

Mary and I are an interracial couple. At that time, Mary's dad did not approve of his daughter marrying a black guy. However, that night, his feelings did not matter.

Obviously, he picked up the vibe in Mary's frantic voice, over the phone, that we had to get to the event and nothing else mattered.

Mary's dad arrived and the three of us rode to the meeting in silence. Upon, our arrival, Mary thanked her dad and gave him a big hug and a kiss. He dropped us off. We would figure out how to get back home later.

The hall was packed; at least six hundred enthusiastic Mary Kay Beauty Consultants from our region.

After speeches and so on, they got to the sales contest winners. Second runner up. First runner up. "And the number one sales person of our region and winner of the diamond ring is Mary Parker Marcus"!

My heart almost leaped out of my chest. My eyes wanted to sweat. I simply could not believe it. My Mary had out sold all of the women in that room, the entire region. Wow! I was extremely proud of her.

Mary had a dream. At the beginning nobody cared. But somewhere along the way, Mary's passion and commitment to her dream caused everyone around her to "get it." They jumped on board instinctively knowing excuses, half measures and failure was not an option.

Despite the perverted view of fairness by the Obama administration, most Americans still believe if you are willing to take the risk and do the work, we will celebrate you. You are entitled to reap the fruits of your labors without government confiscation and redistribution.

Folks, we are blessed to live in America, the greatest land of opportunity on the planet. Have a dream? Go for it!

Oh, about Mary's dad; he and Mary's mom love us very much.