Lloyd Marcus
Casey Anthony: Must everything be about race?

July 6, 2011
There is a lot of chatter claiming the massive media coverage and public interest in the Casey Anthony case confirms America is racist. They say if Casey and her daughter were black, no one would care. They claim the story is popular because the then missing child was white and cute. 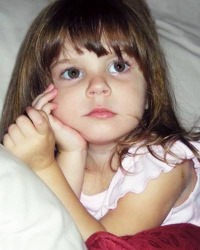 Some blacks have a "black eternal victim chip" on their shoulder while others (liberals) relish every opportunity to dump on America and her good, decent, compassionate and extremely generous people.

I am sure many of these missing children are beautiful white kids receiving no media attention.

The Casey Anthony case is simply another unexplainable and unpredictable media "perfect storm." The right reporters, social networking, home movie, cast of characters and timing all fell in place to make the Anthony story go viral.

While ad agencies earn a living attempting to direct and predict public response, no one truly knows what will strike a strong chord with the public.

Film makers and music industry professionals can not solidly predict a hit. Hollywood directors Ron Howard and Clint Eastwood said films they thought would do extremely well did not while other films did unexpectedly well; a movie perfect storm.

As a songwriter, I joked, "While I'm wasting time attempting to write thoughtful lyrics, Tag Team had a monster hit with, Whoomp! There It Is". Who knows what will grab the public? Tag Team's hit was the result of a music perfect storm.

How many times have you asked, "This video got 40 million hits on Youtube? It's cute, but I don't get it." Yet, another example of a "perfect storm" of ingredients creating a phenomenon.

Quincy Jones said of the Michael Jackson "Thriller" album that while they knew they produced a great record, numerous unexplained, unplanned and unpredicted things happened causing sales to soar into the stratosphere; a perfect storm.

Folks, certain things are simply meant to be. So, all you folks rubber stamping an "R" for racist on the forehead of Americans who were fascinated by the Casey Anthony trial, stop it. For various reasons and uncontrollable forces, the Anthony case took off.