January 27, 2012
As we enter the year which will make or break America as we know it, I wish to remind all of you that We Are Family. Together, we took the House, and together we must take the White House.

In my travels across our great land, six times on national "Our Country Deserves Better" and "Tea Party Express" bus tours, I have been blown away by you — your dignity, your sense of right and wrong/good and evil, your love for America, and your desire to see all Americans succeed.

I have been moved by your passion to save America. After the initial round of Tea Parties, which were themed "our country is moving in the wrong direction and something must be done about it," you began taking action: organizing, writing books, making informative videos, writing songs, and designing games to teach our kids the Constitution. I am so proud of you guys.

In my travels, I have heard countless stories about how Obama's economy has devastated lives. But to their credit, these patriots are surviving as best as they can while diligently working in our divinely inspired Tea Party movement.

In his book, Nothing Is Easy, author Gary Paduch coined the phrase "Classic Americans" — people who were tough and hardworking, who did whatever needed to be done without complaining. "Classic Americans" best describes my wonderful Tea Party brothers and sisters whom I have met across America.

Because I have come to know who Tea Party folks truly are, it infuriates me when the liberal media and Obama sycophants intentionally misrepresent you. You guys are my family. My deceased Momma taught me that you never allow anyone to "dis" your family.

This is why every time I have a national microphone — CNN, Fox News, etc. — I defend my Tea Party family against evil, divisive, racist, and absurd lies. Thus, I called NAACP President Ben Jealous a liar on national TV. Jealous said he saw signs at a Tea Party which read, "Lynch Barack Obama" and "Lynch Eric Holder." If these two signs existed, they would be posted everywhere. To date, no one on the planet has seen these signs other than Jealous. Jealous' lie is evil, divisive, and meant to inspire racial hatred for the Tea Party. Jealous should be ashamed of himself. A Congressional Black Caucus member said that Tea Party people want to see blacks hung from a tree. How outrageous, stupid, and evil. I have no respect for such peddlers of hate.

I have written about the white Texas cowboy I met at a Tea Party who was the proud father of two black babies he and his wife had adopted. Then there was the terminally ill Tea Party white lady in Michigan whose daughter told us her mom said she wanted to meet me before she died. These people have nothing against a black man being in the White House. They are simply saying "no" to Obama's socialistic agenda. Obama minions trashing and misrepresenting these good people is despicable politics.

As every family, we have feuds. I still haven't forgiven my brother for being a Pittsburgh Steelers fan. For crying out loud, he lives in our hometown, Baltimore — support the Ravens!

The liberal media loves to make a big deal about Tea Party infighting. Well, the truth of the matter is that wherever there are human beings, there will be disagreements — even in church. I believe that Billy Graham said if you find a perfect church, do not join, because you will mess it up.

So yes, our Tea Party family will disagree on various issues. And when you think about it, this is great. It confirms that we are intelligent, independent thinkers, as opposed to the emotion-driven, mind-numb idiots so prevalent in left-wing circles.

I wish to encourage my Tea Party family to stick together. I also wish to remind you who is the true enemy of freedom, liberty, and all we hold dear. His name is Barack Hussein Obama.

Brothers and sisters, this election is unique. It is not politics as usual — the Dems having their turn recklessly spending our money, and then the Repubs having their turn. The stakes are far higher than that. This election is about stopping a man who is committed to ending America as we know it. Therefore, any of our flawed candidates is better than four more years of Obama.

Good Lord, the Obama administration admitted that it does not care about the working-class white vote. They are going after the deadbeats, the haters, the class-envy crowd — as many as they can drag out of bed, pay ten bucks, put on buses, and drive to the polls to vote for Obama eight or nine times.

This is serious business, folks. Obama must be stopped.

If not, the concept of Classic Americans (tough, hardworking, and doing whatever needs to be done without complaining) will be lost forever. Obama is aggressively transforming us into a Needy Everyone is Equal America.

A third party, not voting at all, or any other nonsense will insure Obama's re-election and the end of America. I implore each and every member of my Tea Party family to rally around whoever becomes our Republican nominee. 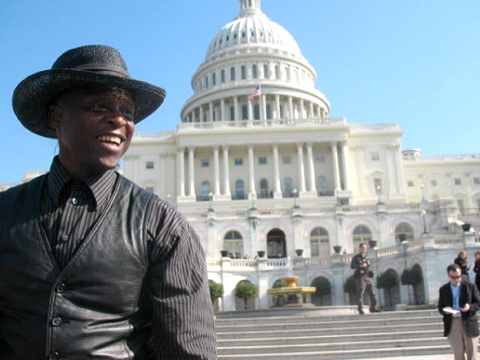