August 2, 2012
Some might think me to be just a naïve sentimental old fart. I still remember living in the projects of Baltimore and seeing my dad walking to work. Every eye was on the handsome young black man in his dress blue uniform with polished brass buttons, starched white shirt and spit shined black shoes. Dad was one of the first blacks to break the color barrier into the Baltimore City Fire Department. I was nine years old and so proud of my dad. 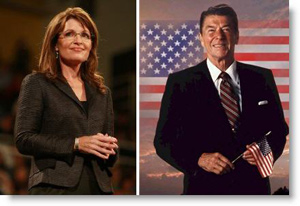 While race baiters and haters love to bash our great country saying there should have never been a "color barrier" into the Baltimore City Fire Department, the truth of the matter is black and white Americans together saw this evil and corrected it. Jesus said he who is without sin cast the first stone. It is time that we move on. For crying out loud, we now have a black president of the United States.

Dad went on to be Baltimore City Fire Department's first black Firefighter of the Year, paramedic and Chaplin.

My wife Mary said when she first met dad at a family cookout, she was surprised. She expected a huge man. What she saw was a little pleasant man wearing a funny hat attending the grill, cooking hotdogs and burgers. Dad is around five-eleven medium built. But in my mind, he has always been a very big man.

Dad once commented to me how it saddened him to see the deterioration of standards in the fire department — firefighters being slapped on the wrist for not showing up for their shift and serious laps of character.

Dad, now 84, is very much like Ronald Reagan. Both men came up the hard way and worked for everything they got. Both epitomized the American Dream. Reagan was an eternal optimist; so is my dad. Reagan loved laughter and jokes. Dad who lives in Maryland calls me in Florida to tell me his latest joke. I cannot begin to tell you how grateful I am to still laugh at dad's corny jokes.

Dad is a good guy. Am I naïve or old fashioned expecting the good guy to win? Has America changed so dramatically that being good — a person of character is considered naïve?

Public schools are teaching our children that patriotism is ignorant and prejudice — rude to the rest of the world. These schools force Gay Pride Day down our kids throats. But, wearing a t-shirt to school with the U.S. Flag on it is banned; considered offensive. They teach our kids songs praising Obama while banning God Bless the USA.

So, where are the prominent voices who are standing up and celebrating the goodness and greatness of America? Reagan always touted the goodness of America and how God is with us. Michael Reagan said his dad was America's last great cheerleader. Sadly, I must agree. Although, there is one strong contender.

Sarah Palin has stood up touting the greatness of America and look what the Obama administration and the mainstream media have attempted to do to her. Disgracefully, millions of ill-informed Americans view Palin as a nut-case far-right extremist.

Think about that folks. Because Palin boldly stands up for traditional family values, God and country, the left has tried to crucify not only Palin, but her entire family. Showing more "cajones" than many Republican males, Palin continues to be a relentless cheerleader for Ronald Reagan and my dad's America. But Sarah Palin is only one courageous woman. To conquer the shock and awe assault on our country by Obama and his media minions, we need an army of cheerleaders.

To pass patriotism on to our children and our children's children, we need many more American cheerleaders — teaching character, hard work, education, the goodness and greatness of this extraordinary unique successful experiment called America.

A female relative of mine said, "Sarah Palin — and she wants to tell women — no, no no!" My ranting cousin never did tell me specifically what Palin said that was so offensive. All she knew was Palin was bad for women. While in reality, Sarah Palin epitomizes everything the feminist movement claims to desire for women. Palin is a successful homemaker and businesswoman. My clueless relative clearly bought into the left's campaign to destroy Palin.

I sang God Bless America the other day and towards the end of the song my eyes welled-up. I felt a little embarrassed, silly and old-fashioned. Good things such as love, honor, character and courage stir my emotions. For a moment I thought, "Toughin' up Lloyd, people today do not feel such passion for their country and traditional values." I rebuked such media inspired nonsense. A majority of Americans still do believe, like my dad and Reagan did, in truth, justice and the American way.

People on both sides of the political aisle, some secretly, liked Reagan because he was a man of character.

As a young black kid clueless about politics, Reagan speeches made me feel good and believe in myself and my country. Who will help Palin fill the void — courageously pick up the baton of inspiration which has laid dormant since the passing of President Reagan.

Will you stand with Sarah Palin cheering on America — risk being demonized and persecuted for the greater good — the future of our country?

Sarah, I am with you "sista"! Please join us.