December 8, 2012
What patriots find most alarming about the reelection of Obama is the feeling that we have lost America.

Recently, a pro football player committed suicide after murdering his girlfriend. The media blames guns and football for the shooting. http://newsbusters.org/node/60790 They act as if the football player bore no responsibility, which is in keeping with Obama's new America. 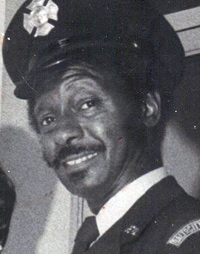 This is why we who cherish morals, decency, hard work and personal responsibility are so upset that Obama has four more years to further his decline of America.

Such is the new normal in Obama's new America.

So yes, we patriots are heartbroken.

After serving in the Merchant Marines, my black dad earned a humble living as a day laborer. In 1956, he broke the color barrier into the Baltimore City Fire Department. The white firefighters hated my dad and did not want him at Engine 6. And yet, despite horrific conditions, dad won Firefighter of The Year two times.

Dad did not win because of lowered standards, Affirmative Action or someone deciding it's the black guy's turn. Dad won because he was the BEST! Such was a time when America celebrated excellence.

Have we totally lost that America?

What offends me most about the Obama Administration is that he continues to lower the bar of what it means to be an American. Given his reelection, one can only assume that a large percentage of Americans are OK with Obama's ask-what-your-country-can-do-for-you-rather-than-what-you-can-do for-your-country new vision for America. Screw work! Just gimme, gimme, gimme!

When did we lose Dad's America?

When did we become a country in which government and media celebrates immorality, laziness and covetousness? Occupy Wall Street thugs are declared heroes of a majority of Americans for demanding that government confiscate the earnings of achievers for redistribution. When did it become morally correct in America for government to confiscate and give away the harvest reaped by hard working citizens?

Were we asleep when America launched its War on Achievers?

Athletes who perform at the highest levels are inducted into the Hall of Fame. And yet, extraordinary success in the arena of finances is frowned upon and deemed evil. Remarkably, Mitt Romney's extraordinary financial success was effectively marketed as a negative against him in the presidential campaign.

When did exceptional-ism in business become demonic in America?

Well, here is a dirty little universal truth that the gimme crowd may not be aware of. The word is reciprocity. Reciprocity means we mutuality give to/help each other. But when that relationship becomes one sided, the giver stops giving. How long will Obama get away with seducing new voters by taking from achievers to redistribute to non-achievers before the givers say, "Screw it" and stop working?

How do we restore America? The answer: We continue to Tea Party.

The Tea Party began when patriots looked behind the curtain of white guilt and media hype to see Obama's overreaching, trashing of the Constitution and his socialistic/progressive agenda. Over the last four years, the Tea Party has evolved into countless organizations and a growing army of sophisticated political activists.

Obama winning reelection was the loss of a major battle. However, beware Obama and company, we have no intentions of surrendering our country or losing this war.

Future battles will include taking back our culture and educating dumbed down clueless Americans to the superior virtues/benefits of Conservatism over Liberalism.

And another thing — we MUST STOP being passive when democrats throw absurd character-assassination-grenades such as Republicans/Conservatives want blacks in slavery and women barefoot and pregnant. We must boldly get in their face and rebuke their vile, hate-inspiring, divisive lies.

I have also had it with black Americans being allowed and even encouraged to be racist. Black racists believe Authentic Blackness or "Racial Pride" means maintaining at least a minimal resentment against whites and our country. Racism is evil wherever it flexes its venomous tongue — time to call such people out!

So, I am ready. I am prayed up and my powder is dry. Let's roll!