Lloyd Marcus
Thanks, Duck Dynasty, for the Christmas gift

December 25, 2013
Duck Dynasty gave me an unexpected wonderful gift for Christmas; a renewed hope in America. Polling on various social issues confirm that liberals have made significant inroads towards secularizing America into a culture in which anything goes. 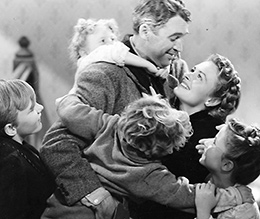 The norm on TV is disrespectful kids scolding their parents, cussing, youths sleeping around, the promotion of homosexuality and poking fun at Christians. Traditional principles and values are on the chopping block.

Several months ago, I heard about this cable show, Duck Dynasty, that was kicking American Idol's butt in the ratings on Wednesday nights. Since the recent controversy surrounding the show, I learned that Duck Dynasty is huge; the highest rated show in cable history.

So what does the show's popularity tell me? It tells me that instinctively people are drawn to things wholesome and good; traditional principles and values.

I watched a recently produced family Christmas movie. While it was somewhat enjoyable, a subtext of the movie was the female lead feeling hurt over the male lead's reluctance to ask her to move in with him. Note that marriage was not on her agenda.

Then, I watched my favorites, "It's A Wonderful Life," "The Wiz of Oz," "A Christmas Carol" and "The Sound of Music." There is a reason that millions of people feel their Christmas season is not complete without viewing at least one of these classics. These old movies possess that sappy wholesome intangible something that makes us feel good, safe, warm and happy.

Neither the coarsening of our culture or liberal indoctrination have been able to destroy millions of Duck Dynasty viewer's instinctive attraction to wholesome tradition family values.

So thank you Duck Dynasty. Thank you for letting me know that the battle for the culture of America is not over. Perhaps, Phil Robertson's leadership will inspire more Americans to push-back against the tyranny of political correctness.

I still get a thrill hearing George Bailey say in "It's A Wonderful Life," "Burt do you know me? My mouths bleedin' Burt! Zuzu's petals! Merry Christmas!"; Judy Garland as Dorothy singing "Somewhere Over the Rainbow"; the nun singing "Climb Every Mountain" in "The Sound of Music." http://bit.ly/1gTyTAW Yes, I am just a sappy old fashion Christmas kind of guy.

Thus, I will close quoting Tiny Tim in "A Christmas Carol": "God bless us everyone."