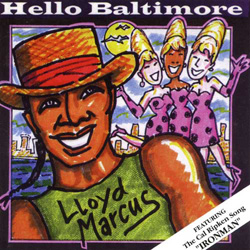 The American Legion National Convention is scheduled for late August through early September, 2015 in Baltimore City.

Sad to say, I have canceled my reservations as I do not think the Convention is worth the risk to my life as I was very much looking forward to the Convention. Many others of American Legion are canceling due to high risk of being shot and/or killed.

I would very much appreciate your thoughts as you grew up there. No doubt , is a terrible shame to see a great City, Baltimore, go down due to liberal Democrats being in charge for the past 4 decades

"Hey Brother, You are wise for staying away from sin city (Baltimore). Baltimore police are reluctant to do their job for fear of being arrested. http://bsun.md/1LO3ImQ Clearly, the mayor is allowing the inmates to run the asylum. The only thing the vile local Democrat government cares about is protecting their liberal narrative. Baltimore's mayor considers lives and businesses acceptable collateral damage. http://bit.ly/1KtoyHi It is shameful and evil. God bless, Lloyd"

My wife Mary said perhaps Baltimore will come to it's senses upon realizing the financial consequences (at least $20 million) of allowing the thugs to wreck havoc. http://fxn.ws/1d3Lx0t I said to her, you are mistaken oh wise and beautiful one. The liberal zealots running Baltimore do not give a rat's derriere about consequences financial or otherwise. All that matters is furthering their liberal socialist/progressive big government controlling everything and everyone agenda. If Leftists are nothing else, they are persistent, patient and unshakably focused on achieving their goals.

For crying out loud, the Baltimore Prosecutor Marilyn Mosby is running around acting like an anti-police pit bull, giving speeches in churches to rally the black community against the police. http://bit.ly/1LO05xx Dear Lord what evil has overtaken my former home town? What has so emboldened Leftist Democrats to dismiss all pretense of fairness and legality, openly displaying their liberal bias and intentions?

Before I moved to Florida fifteen years ago, Baltimore was promoted as "Charm City." I received a citation from former Mayor Kurt Schmoke for the song I wrote about my beloved city. A CD of my song "Hello Baltimore" was included in the city's Bicentennial time capsule. http://bit.ly/1eHe2lK

Visiting Baltimore five years after I moved, a black Baltimore cop friend told me crime had gotten much worse. He said metal detectors were installed in public schools and almost every black nightclub. This does not support the Left's claim that cops are the problem.

My brother said his white girlfriend won tickets for a show at the famous Hippodrome theater. The riots made her afraid to venture to downtown Baltimore. My brother dropped her and a female friend off at the theater door and picked them up immediately after the show.

Folks, there is a pony hidden in the pile of excrement which is Baltimore politics. The dire consequences of full blown liberalism are exposed for all the world to see.

Here's a music video of my song "Hello Baltimore" illustrating my hometown then and now. http://bit.ly/1eHe2lK