Lloyd Marcus
Our American paradise is not lost

September 23, 2015
At first I was a bit hurt. Later, I became angry. Working on a family history project documenting the extraordinary life of my 87 year old black dad, I noticed that a few relatives were not returning my phone calls. My brother said those particular relatives were non-responsive because they want nothing to do with me. They disagree with my politics and are embarrassed by me and my website. They dislike me saying blacks are not victims in America. They also hate me criticizing blacks in front of white people. So in my relative's minds, I am one big Uncle Tom traitor. 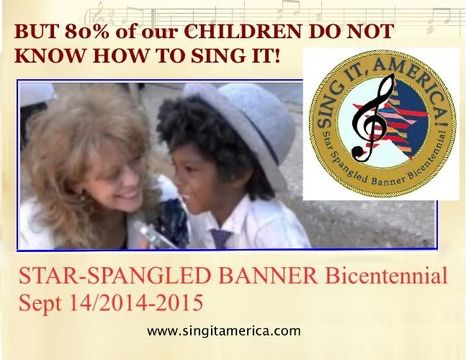 Meanwhile, I caught the local TV news while in Baltimore visiting my dad. Ten blacks including a nine year old girl were shot by blacks over the weekend, three died. http://bsun.md/1KRTsxB Baltimore along with other cities controlled by Democrats continue to break records; reaching new heights of blacks murdering blacks. http://fxn.ws/1FLLwq4 And my idiot relatives are angry at me because whites hear me criticizing such behavior. Rather than honestly dealing with the issues plaguing urban blacks, my relatives foolishly believe racial loyalty means turning a blind eye or blaming whitey. I thought, "Fine. My siblings and I will honor my dad with or without those relatives."

Another thing I can not wrap my head around is my relative's insistence on believing the lie that blacks are victims in America, despite overwhelming evidence proving otherwise. It is as if my relatives believe maintaining a victim mindset is tied to racial loyalty. In an unprecedented act of appeasement to black rioters, thugs and looters, Baltimore awarded the family of Freddy Gray, a criminal, a settlement of $6.4 million before the trial of the six accused police officers. http://on.wsj.com/1JQgMpH

The Bible speaks of people who simply refuse to accept truth. God turns them over to a reprobate mind. In other words, stiff-necked, hateful and racist blacks are doomed to squander away the blessing of having been born in America – the greatest land of opportunity on the planet.

Sing It America was an all day event in which the Star Spangled Banner was performed every hour on the hour. The stage was in front of the Lincoln Memorial. It was my first time back to the memorial since elementary school. In the presence of Lincoln in his chair and reading his second inaugural speech carved in stone on the walls, I got a lump in my throat; very moving. One could not help reflecting on the chaos and purposeful divisiveness going on in our country today. I was struck by the numerous times Lincoln referred to God in his speech. Those who say we are not a Christian nation are wrong.

My speech focused on my dad who in 1952 was among a handful of blacks who broke the color barrier to become Baltimore City firefighters. The white firefighters hated my dad and did not want him there. Dad was humiliated unable to drink from the same coffee pot or use the same eating utensils as the white fighters. And yet, despite those horrific conditions, Dad won Firefighter of the Year two times. He did not win because of Affirmative Action, lowered standards or activists proclaiming, "It's the black guy's turn."

A young assistant pastor of an east Baltimore storefront church, Dad won because he was excellent. I told the crowd how I long to see black youths across America striving for excellence; rather than engaging in the evil, lie and hate inspired Black Lives Matter nonsensical movement. I shared how I am sick of the divisiveness. I do not refer to myself as an African-American. I am Lloyd Marcus, American – period.

Folks, Sing It America gave me hope. Every orator acknowledged that our country is on a path to destruction, but expressed great faith and hope for our future. While the evil secular progressive agenda appears to be flourishing, Christians and patriots are waking up and pushing back. http://bit.ly/1QFM1IB

If only my ego had not gotten in the way. Mary and I were having lunch with a friend when two white cops entered the restaurant. I felt lead to approach their table and express my support in light of the weekly assassinations and crazy hatred for police promoted in the media. http://bit.ly/1F2wlOs I chose not to follow through for fear that my emotions would cause me to tear up, thus embarrassing myself.

A day or so later, Mary asked if I remembered the police in the restaurant? She said, she wanted to thank them, but knew she would not make it through her first sentence without crying. Mary's words confirmed that we were divinely lead to bless those officers with our words. I blew an opportunity to be a divine vessel. Who knows what those cops were going through or dealing with that day. My words could have offered a little encouragement and a little strength.

Visiting my dad, the Lincoln Memorial and participating in Sing It America was awesome and inspiring. I'm energized to continue fighting the good fight to restore my beloved America and enlighten the masses. My wife Mary and I are enjoying a leisurely drive back home to Florida.

Of course, Mary would not think of leaving Baltimore without a Maryland crab-cake; huge chunks of lump crab-meat with very little filling. Folks, you can not get that anywhere else but in the Baltimore/Washington DC area. Mary's favorite crab cake is from G & M restaurant near BWI airport.