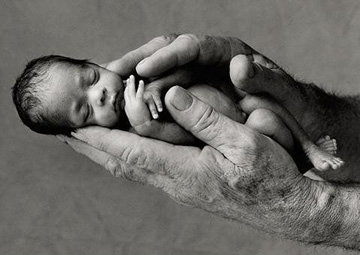 Mary and I are still in a Louisiana hotel room on the road with our Conservative Campaign Committee team campaigning for Ted Cruz. Later today we will pile into an SUV and head to Mississippi. Crawfish are very popular here sold at Walmart and seemingly every restaurant. Louisianians have been very friendly and say "y'all" a lot.

Folks, while I am pleased that Cruz did well in Louisiana, I am still troubled by our side's apparent lack of concern regarding the unspeakable evil activities of Planned Parenthood and other social issues.

Cruz promises to do everything Mr Trump has promised; secure our border, deport illegals and defend American interest domestically and internationally.

For all you folks concerned that your kids cannot find jobs, Cruz says illegal immigration is an economic issue. Cruz explains how 12 million illegals are taking jobs from Americans and keeping wages low. Touting that his dad began as a dishwasher, Cruz exposes the Chamber of Commerce, Democrats' and Republicans' lie that Americans won't do those jobs. http://bit.ly/1XPOAM3

However, Cruz also promises to be uncompromising in defending our rights regarding crucial social issues.

It is a horrible mistake to sacrifice social issues because you are POed with the GOP establishment and politicians in general. Cruz is a professional politician, but is an outsider; despised for doing what We the People sent him to Washington to do. Cruz is the smartest and most ideological and character driven candidate. Cruz will keep his word.

Forgive me for bringing God into the mix again; but God can not be pleased with folks on both sides of the political aisle having a ho-hum attitude about Planned Parenthood chopping off baby heads; giving each other high fives when the cut is perfect because the head sells for higher cash. I don't care how many of you send me hate mail. PP is pure evil from the pits of hell. This is not a wonderful organization doing great things for women.

A teacher scolded a little girl for saying grace over her lunch; told not to pray in school. http://nws.mx/1R1jjX4 Seniors at a center were told they violated the separation of church and state by praying over their federally provided meals. http://fxn.ws/1U4xFF4 The Ten Commandments is being removed from federal and public buildings. http://bit.ly/1QzXw6F

Ted Cruz has vowed to relentlessly, protect, restore and defend religious liberty. On his first day as president, Cruz promises to instruct the DOJ to investigate PP and prosecute any criminal activity.

Get this folks. It is illegal to assist a homosexual who desires to change their behavior to heterosexual. http://bit.ly/1InUwGj Leftists are only for freedom of choice when you are making the choices they demand you make which are typically anti-God, anti-tradition and anti-American. If you want to get on the fighting side of a Leftist, counsel a young woman regarding not killing her unborn child.

Yes, securing our borders, deporting illegals, stopping the illegal invasion and restoring our economy are hugely important. As I said, Cruz gets it and has proven himself to be a pit-bull regarding each issue. http://bit.ly/1QpOdqP This is why Cruz is so feared and despised by Washington insider politicians.

But folks, we can not blow off the social stuff. They matter greatly regarding who we are as a nation; keeping us a moral, decent and good people.

Tocqueville said, "America is great because she is good. If America ceases to be good, America will cease to be great."

Ted Cruz is the total package. Evangelicals and conservatives should rally behind Cruz in mass.