Question: Are there any credible threats [by Libya] against any of the coalition countries?

Eric Holder: Well, I think that Gadhafi's presence — continued presence in Libya, is something that has got to end, given the fact that he's lost all legitimacy with his people. The fact that he is there in an unstable way, in an unstable part of the world, I think has a negative impact on his neighbors — and given that region of the world, he has a negative impact on countries outside the region.

Question: Do you feel that he [Gadhafi] is a credible threat against any of the countries? 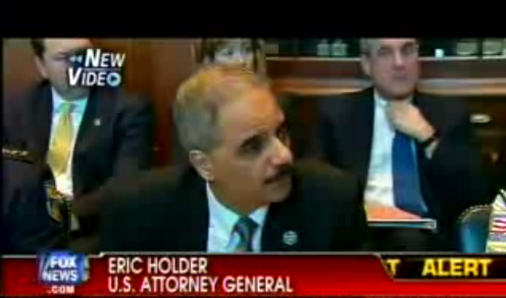 CLICK on link below to listen to audio clip: 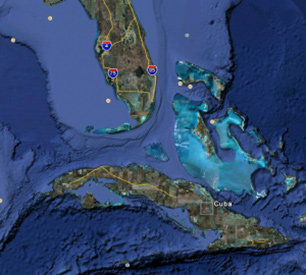 Based on Eric Holder's statement about Libya, the same holds true for Cuba. [1]

The continued presence of Castro's communist military dictatorship in Cuba has to end. Now.

Castro's government has never been legitimate.

It never will be.

Cuba's military communist dictatorship has led to the imprisonment and murder of thousands of innocent victims since January 1, 1959. Fidel Castro has appointed his brother Raúl as "president" — but the despotic rule continues.

Thousands have drowned or have been murdered by Castro's forces while trying to flee. 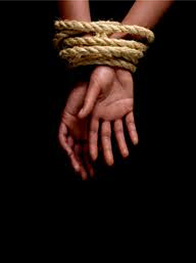 The Strait of Florida is a cemetery that the world chooses to ignore, while countries all over the globe do business with Castro's government — and their citizens shamelessly vacation in Castro's Cuba.

The Cuban tourism trade has been notorious for its involvement in human trafficking, and the sexual exploitation of children. The U.S. State Department has reported that Cuba is a source country for children subjected to trafficking in persons, specifically commercial sexual exploitation. [2]

Anyone who dissents, or simply appears to be "suspicious" is systematically harassed, arrested and held in political prisons, where death is often the only escape from the brutal physical and psychological treatment administered by Castro's forces.

The communist government of Cuba has gained expertise in the timing of the release of prisoners, by exploiting it as some humanitarian accomplishment.

Sadly, even the Roman Catholic Church has fallen into this despicable public relations spin on behalf of Cuba's government. It takes years of negotiations for Cuba's government to even acknowledge that it is holding someone in prison for being a dissident.

Once a dissident is released, more are rounded up in the streets of Cuba. [3]

Yet, greed still drives many individuals and organizations to clamor for an end to the U.S. embargo on Cuba, which has been the only moral and legitimate economic measure that the U.S. has maintained (at least on paper) against Castro's activities and policies.

Wait a minute! Embargo? What embargo?

The U.S. trade embargo on Cuba was announced in 1962 by President John F. Kennedy in Presidential Proclamation 3447, under the Authority of the Foreign Assistance Act of 1961. When it was enacted it followed the Department of Commerce and the Department of Treasury regulations, pursuant to the Export Control Act of 1949, and the Trading with the Enemy Act. [4]

Through the years, the embargo on Cuba has been subjected to a series of legislative actions — including the Export Administration Act of 1979, The Cuban Democracy Act of 1992, and the Cuban Liberty and Democratic Solidarity (LIBERTAD) Act of 1996, as well as the Trade Sanctions Reform and Export Enhancement Act (TSRA) of 2000.

But what the media and the critics of the embargo are not telling the public is that in spite of all the restrictions on trading with Cuba, the U.S. Department of Commerce reports that U.S. producers exported more than $700 million in agricultural goods to Cuba in 2008, making the U.S. the largest source of food to Cuba, and making the United States Cuba's fifth leading trading partner! [5]. In 2009, the U.S. was in fourth place, as a leading supplier to Cuba. In addition, the United States is the leading supplier of humanitarian aid to Cuba.

Cuba's business environment score is very low, given its scandalous record of defaulting on foreign debt — and the fact that the Cuban government controls all business sectors.

For decades, the U.S. State Department has described Cuba as a totalitarian police state which relies on repressive methods to maintain control.

This warning has been ignored.

Castro's communist military regime has been able to stay in power for 52 years through an international coterie of nations willing to trade with Cuba's repressive government, while ignoring the systematic persecution and silencing of the Cuban people.

A dangerous trade that only benefits the communist government — not the people of Cuba.

But the communist government of Cuba has another source of cash: remittances, a form of silent economic assistance.

The U.S. Restrictions on Travel and Remittances Report, issued on January 18, 2011 included the following information:

"U.S. cash remittances to Cuba account for an estimated $400 million to $800 million per year, according to the 2004 report of the Commission for Asistance to a Free Cuba, although the report also noted that some estimates were as high as $1 billion annually. According to a November 2007 GAO report no reliable data exist for cash remitted directly or indirectly from the United States to Cuba, although it is maintained that data from several sources showed that worldwide remittances to Cuba amounted to between $900 million and $1 billion." [6]

Most of these remittances are being sent to Cuba from the United States.

The U.S. State Department lists Cuba as a state sponsor of terrorism

But doing business with countries that sponsor terrorism can have its bad moments, such as when in late June, 2007 the U.S. Securities and Exchange Commission put Credit Suisse (CS), ABB and Sygenta on its "black list" of companies suspected of indirectly sponsoring terrorist countries. Credit Suisse reacted by claiming that it was conducting a "controlled withdrawal" of its business activities from Cuba, North Korea, Syria, Iran and Sudan.

A government such as Castro's is unstable, by nature of its core beliefs and repressive activities. And like any unstable repressive government, it survives by destabilizing other regions, in order to gain access to their natural resources and commodities. This negative impact has been felt in the Western Hemisphere, and in other parts of the world — as manifested by Castro's history of dangerous military presence in Latin America, Africa and Asia. Cuba's military collaboration with Venezuela is ongoing. When confronted, Castro's regime justifies their subversive activities as being part of the Cuban Revolution's "internationalist" nature.

The world needs to confront the truth — that ignoring the suffering of the people of Cuba, is to bestow legitimacy on Castro's repressive and violent policies.

It is disingenuous for President Obama's government to justify United Nations Resolution 1973 on Libya, aimed "to protect the Libyan people from their ruler" — while ignoring the ongoing violence of Castro's forces inside Cuba — 90 miles away.

[5]: Testimony Before the House Energy and Commerce Subcommittee on Commerce Trade and Consumer Protection, on a Hearing Entitled: Examining the Status of U.S. Trade with Cuba and its Impact on Economic Growth (April 27, 2009)

[7]: Country Reports on Terrorism 2009 (Released August 5, 2010) — Office of the Coordinator for Counterterrorism.