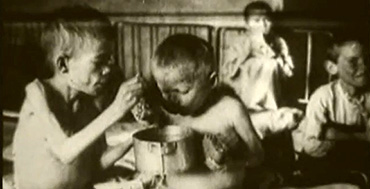 Allow me to present you with three questions, and you decide if any of the answers are morally acceptable:

"The Marxist ideology is wrong. But I have met many Marxists in my life who are good people, so I don't feel offended."

"The Nazi ideology is wrong. But I have met many Nazis in my life who are good people, so I don't feel offended."

3. What does it feel like to be called a "supporter of Apartheid?" (racial segregation in South Africa):

"The Apartheid ideology is wrong. But I have met many racial segregationists in my life who are good people, so I don't feel offended."


Any person with a modicum of intelligence and humanity in them would detest all three answers – and denounce the person who would make such statements.

The first statement, "The Marxist ideology is wrong. But I have met many Marxists in my life who are good people, so I don't feel offended" was made by Francis during an exclusive interview in La Stampa's Vatican Insider. Francis's statement is camouflaged inside an article titled "Never be afraid of tenderness."

Now, do you think that the press is up in arms about this? Not at all. Francis's horrendous statement is being brushed aside by the mainstream media, as well as by the opportunistic modernist Catholic media, which will justify anything to advance its material interests.

Rightly so, the aforementioned media does not tolerate the same statement when applied to Nazism or Apartheid. So why does it tolerate it when it comes to Marxism?

The magnitude of Francis's offensive statement cannot be measured.

Over 120 million human beings have been exterminated under Marxist regimes – not including those who have been murdered through forced abortions, as part of socialist depopulation policies. The death toll continues in Cuba, China, North Korea, Laos and Vietnam – as well as in other satellite socialist countries in Africa and Asia. The Communist madman who is least afraid to reveal his executions and human rights abuses appears to be North Korea's Kim Jong Un – who recently executed his uncle.

Marxism can be credited with deadly gulags, deadly labor camps, and fatal exoduses – as in the hundreds of thousands of Cubans who have drowned or been executed while escaping Communist Cuba. The bloody trail of extrajudicial trials, which are always preceded by torture and followed by executions, continues to this day under Communist regimes. Man-made famines, as in the Ukraine under Stalin, as in Zimbabwe under Mugabe, as in Somalia under the Siad Barre dictatorship, as in Cambodia under Pol Pot, are responsible for millions of deaths in the Marxist massacre. Should I go on?

Francis, the leader of the Roman Catholic Church has shamelessly stated that he is not offended if someone calls him a Marxist; as such, Francis has trivialized and dehumanized the most massive genocide recorded in human history.


+++
As a survivor of Communism under Castro's brutal dictatorship, I am asking that you watch the following short video, in memory of the millions who have been imprisoned, tortured and executed as a result of Marxism, including members of my family.

For detailed information about the film, please visit http://www.sovietstory.com/about-the-film/

If you encounter problems playing the embedded trailer below, please watch it on YouTube: http://www.youtube.com/watch?v=w5qQsXUZh0I

You may send your comments through the following LINK: