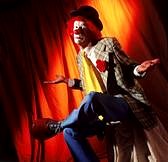 Critical thinkers, take note as we begin with caution. Neurosciences recognize that their discipline, the study of the nervous system headquartered in the brain is still in its infancy and that the right-left brain theory is still somewhat speculative.

The most learned scholars do agree, however, that the left hemisphere functions only in cold, calculated facts and data, the seat of the intellect if you will, while the right hemisphere produces feeling, artistry, aesthetics and creativity.

We can sum it up by saying that, according to studies, the right hemisphere cares, the left hemisphere does not. There is no question that both complete the whole, like a marriage does to a couple in love. The male, with his natural aggressiveness and strength, and the female with her natural gentleness and softness combine.

The two and their traits become one. Then, when they are blessed with a child, that child has the flesh (and genes) of both the mother and the father. This is what the Bible means [that] "they shall become one flesh." This is the real miracle.

The same principle works with the right-left brain theory. Both sides combine to become the one flesh of existence, intellectual cold facts coupling with the aesthetics of life. The two sides, with separate functions, combine to be released as one thought. The system is a good one. If the left hemisphere starts 'caring,' it would be useless.. We need both distinctive sides.

The left brain is advantageous since it does produce logic and facts necessary to evaluate survival challenges and allows us to learn languages. However, the disadvantage is, if it were totally relied upon, we would have an abundance of the type of movie character who walks calmly and coldly without feelling, and administers 'justice' as he or she sees it. With such little feeling involved, we could see loveless relationships that could produce an over-abundance of misfits if not actual psychopaths. On second thought, we seem to have that already in place..

The right brain is advantageous since it gives feeling to the human experience, a capacity to appreciate and in turn contribute to the betterment of society. It's disadvantages when operating alone, could see individuals rushing into things without thought that could prove costly not only for themselves, but for others.

They would be unable to really produce for the world. They would be like the loveable Hoosier, of whom it was said, "Why he ain't got a bit of sense."

As to be expected, the right-left theory has already been misused. In his book, The Right Brain and Religion ( Big Blue Books, Lakeside, California) author C.W. Dalton uses the theory, twisting it around to serve his own atheistic agenda, scribbling ravings such as this: "The chief characteristics of the left brain logic and reason mix poorly with religion. Religion thrives in the right brain, which is characterized by fantasy, emotion, imagination and aesthetic pleasure. In the left brain, religion is overwhelmed and routed by reason, logic and scientific discipline."

Mr. Dalton's rectum-based theory is an insult to a genuine analysis of an important neuroscientific breakthrough.

Like any advance in science, one must wade through some quick-sand. This is all part of the process. It is exciting to be in that scholarly phase of neuroscience (perhaps as a critical thinker, to be a part of the advancement of this study), to see medical science come to know so precisely every neuron, every function, every hidden part of the brain so that trouble spots can be early detected and fixed.

Perhaps we will see a time when epilepsy, strokes and other problems that the thunder-storms of the brain can trigger, will be eliminated altogether. This is worth the time, effort, endless study and sleepless nights to accomplish.

Maybe, just maybe, one day (after the left-right brainers can be properly corralled), we then can try and figure out the no-brainers. This group is in need of serious study according to....their wives.