August 14, 2013
DANVILLE, California 8/13/13. It has been an agonizingly tough week waiting for the jury's decision. The evidence concerning me is solid and would be difficult to refute since the witnesses, as a panel, determined the accuracy of the facts. I was facing the death penalty unless there was a reverse in the evidence. 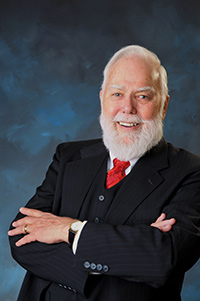 FIRST-SOME BACKGROUND INFORMATION: Few people know of the medical issues this writer has endured since being exposed to Mustard Gas while in military service. That gas is deadly. It ravages the organs of the body, in this case, the lungs, the heart and the intestines. Prostate cancer was a direct result of the mustard gas. I was also left with severe heart problems, as well as the effects of a stroke during which I actually crossed over and was revived.

Even though it has been a challenge to deal with these difficulties, it would be considered lucky to survive mustard gas exposure which is mostly deadly. Two young men right next to me became violently ill, collapsed, with their bodies convulsing, and died. This memory still cannot be overcome........

Two weeks ago, an old intestinal problem blew out of proportion with a trip to the emergency room, then hospitalization. During that time, by accident, a cat-scan exposed a tumor on the pancreas. It was confirmed by a panel of doctors who said it was 2 inches in length. The next Monday a biopsy was performed.

While awaiting results of the biopsy, a battle against extreme tensions began, which I should not be feeling since God specifically told me when I crossed over during my strokes that the ministry He entrusted to me had 'just begun.'

And too, a few months ago, he spoke to my heart that this ministry would reach its greatest significance when I am in my 80s, not when I reach that age next month, but IN my 80s. Then I realized that this must be the enemy firing one last shot at me to mentally weaken me.

Saturday morning, before daylight, as I was doing devotions in my office, while Shirley did hers in the living room, The Lord directed me to this passage in Isaiah 41;10; "Fear thou not; For I am with thee; be not dismayed; for I am thy God; I will strengthen thee; yea, I will help thee; yea, I will uphold thee with the right hand of my righteousness."

I suddenly felt convicted for worrying over something that was not of God. When Shirley came in my office, I shared the scripture with her and as I did I could not help but gently weep. That is how it affected me emotionally. The Holy Spirit was showing me the truth of that verse. Wow!

With new mental strength Shirley went with me to receive the verdict this afternoon.

THE VERDICT: – Life Sentence. The doctor said that he wanted to discuss the X-rays with us. The tumor was clearly shown, but when he got in for the biopsy, he said he couldn't find it. All he found was a tiny cyst which will easily be dealt with. So he scraped samples from my stomach and esophagus. There was no sign of cancer. I was sentenced to continue to fulfill the life given me to serve others. Praise God!

CLOSING NOTE TO READERS: Revealing this very personal information was in no way for the purpose of bringing attention to myself, but to demonstrate the reality of God. His existence cannot be denied even by the most stubborn atheists whose hearts are so restless that they talk about God more than Christians. Indeed, they are obsessed with 'religion.' specifically due to their restless (and yes – seeking) hearts.

What is shown in this fully documented testimony of irrefutable facts is that God IS, and His Word remains powerful, true and relevant for today as it was in the beginning..The atheists know this deep in their hearts which is why they are seemingly so desperate to disprove God's existence, which, they fear, would dictate a change in their lifestyles and pleasures.

Yes there would be a change in lifestyle, but one that would bring freedom, joy and true happiness for the first time, replacing frustrations. Yet, they are determined to avoid that. Why? It makes no sense whatsoever.

The evidence of God is all around us. It is not hidden.. Why would one deliberately turn his eyes away from such obvious facts? Frantic denial are the first words that comes to mind.

I want to personally thank my personal prayer warriors for joining their hearts in fervent prayer that the confirmed tumor on the pancreas, which could have brought a death sentence, would be no more. Those prayers were remarkably answered. And we have the before and after X-rays to prove it.

Miracle? You decide. As for me and my family; To God be The Glory!