September 7, 2013
The reason for no columns during the past 2 weeks – MilesTones was stuck in San Francisco traffic. When the first cars went over the new Bay Bridge they could not turn around and go back when they saw the engineers on the side crossing their fingers. 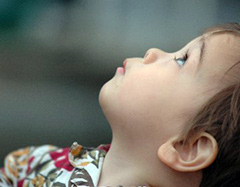 News of the Wild West is reported on the East Coast before those of us on the West Coast find out. Helen Trautman, CEO of Results Unlimited in Pittsburgh sent a clip about a man in Antioch, California who was shot as he sat on his front porch. When he got home from the hospital to recover, he again went out to sit on his porch and was shot dead this time. "Better not to sit on your front porch in Antioch," Ms. Trautman advises.

Impossible advice to take: "My advice to you is to never take anyone's advice." MilesTones Mission Statement.

Pastor. Ed Berkey (retired) sent an alarming clip about Global Warming reported by AP and published by The Washington Post: Here are the frightening details. You'd best be sitting down. :Be warned – or...be warmed!

The Arctic Ocean is warming up, icebergs are growing scarcer and in some places the seals are finding the water too hot, according to a report to the Commerce Department yesterday from Consulate, at Bergen , Norway .

Reports from fishermen, seal hunters, and explorers all point to a radical change in climate conditions and hitherto unheard-of temperatures in the Arctic zone. Exploration expeditions report that scarcely any ice has been met as far north as 81 degrees 29 minutes.

Soundings to a depth of 3,100 meters showed the gulf stream still very warm. Great masses of ice have been replaced by moraines of earth and stones, the report continued, while at many points well-known glaciers have entirely disappeared.

Very few seals and no white fish are found in the eastern Arctic, while vast shoals of herring and smelts which have never before ventured so far north, are being encountered in the old seal fishing grounds. Within a few years it is predicted that due to the ice melt the sea will rise and make most coastal cities uninhabitable.

Verified by Snopes, very reluctantly as you would well imagine.........

Pastor Berkey also included this note: If you put a BUZZARD in a pen that is 6 feet by 8 feet and is entirely open at the top, the bird, in spite of its ability to fly, will be an absolute prisoner. The reason is that a buzzard always begins a flight from the ground with a run of 10 to 12 feet. Without space to run, as is its habit, it will not even attempt to fly. But will remain a prisoner for life in a small jail with no top.

The ordinary BAT that flies around at night, a remarkable nimble creature in the air, cannot take off from a level place. If it is placed on the floor of flat ground, all it can do is shuffle about helplessly and, no doubt, painfully, until it reaches some slight elevation from which it can throw itself into the air. Then, at once, it takes off like a flash.

A BUMBLEBEE, if dropped into an open tumbler, will be there until it dies, unless it is taken out. It never sees the means of escape at the top, but persists in trying to find some way out through the sides near the bottom. It will seek a way where none exists, until it completely destroys itself.

PEOPLE: In many ways, we are like the buzzard, the bat, and the bumblebee. We struggle about with all our problems and frustrations, never realizing that all we have to do is look up!. That's the answer, the escape route and the solution to any problem....JUST LOOK UP!