On Hillcrest Avenue in Antioch, two young people in a silver Jaguar were speeding. Police say that there were two cars traveling at high speed, meaning they were racing. The police said the vehicles were traveling at 102 MPH. The Jaguar went out of control, slammed into a tree – then rolled over, killing a 17 year old passenger and critically injuring the nineteen year old driver. 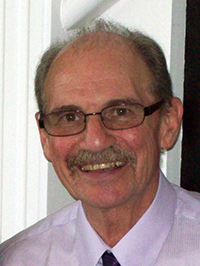 Grief counselors are at Deer Valley High School in Antioch today to help students navigate the toughest day of their lives while mourning the loss of a popular and well loved senior.

The occupants of the second car, according to police reports, identified themselves and are cooperating with law enforcement. And it has been determined that drugs or alcohol was not a factor. Restlessness, which is a part of every teen's life may have been. An acquaintance at church who knew the 17 year old passenger, Lydell Benjamin, described him as "a good kid."

The injured teen driver was airlifted by helicopter to an area hospital. He had lost a leg in the crash. When paramedics attempted to put him on a gurney, the leg he had left was tucked under him. As they put him on the gurney, that leg fell off as it was held by only a shred of skin. Yes, the survivor of the crash will go through the rest of his life without legs...if he survives.

The teens were both tossed from the car, landing on the concrete road, with one teen rolling on the pavement. The crash was so violent that pieces of the car were not only scattered in the area, but even some over a residential fence.

Restless teens live life in the moment and feel they are invincible, not always weighing the risk factor.

Dennis Guinta, National Chaplain of Race Car Drivers knows about the sport of racing cars, but on a professional level. He shook his head over this news. "This is a tragedy," he said sadly, "a tragedy that touches everyone in our community..

"We must get our communities to support a program where the young people take their need for speed [off] the streets and on to the race tracks, where they can learn the safe, legal way to race their vehicles in a controlled environment competing with one another, including those from other high schools with the same excitement, maybe even more, than on the streets.

"They already have that program in Sonoma where they can also race area cops on the track on special nights. Now how cool is that?"

This story and Chaplain Dennis' advice should be posted in every school, in every gymnasium, community center, all churches and youth groups and emphasized by parents of all teens...even [of] those teens who have not shown a tendency to drive irresponsibly.

They should all be instructed never to get in a car with someone who does.

The Chaplain is right. Teenagers, can satisfy the restless speed syndrome at a race track, where one can be applauded, possibly receive a trophy, and cheered, rather than on a public street. Furthermore channeling the racing impulse this way will save lives, possibly including young readers of this column who might otherwise be dead before this year ends.

It certainly deserves a thought. Help get this word out in the areas suggested above and on social media. "This is a critical time in the lives of teenagers and it might prevent a tragedy for everyone." Chaplain Dennis added.

Teens. PLEASE get out of the fast lane and channel your youthful energies in other directions. That can be far more exciting and may prevent deep grief from your family, friends and community.