October 24, 2013
ANTIOCH,Ca. (10/22/13) Outrage arose yesterday during a walk while encountering a young woman named Erika with her dog, Nala. No..no..NO the outrage was not at the young woman nor her dog (so stop jumping to conclusions!) but by something she related to me. 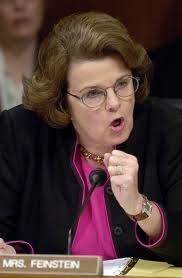 After exchanging mutual thoughts about loving a dog, she said that several years ago, a thief smashed into her home in Antioch, California to steal, while threatening her family in the process. Their faithful dog charged across the room, bit the intruder and brought him to the ground where he could not move until police arrived.

The thief was taken into custody and...so was their dog who was forcibly taken away and euthanized (executed) for defending his family in their home. Not outside, but IN their home. But it gets even more outrageous!

The violent invader with criminal intent, who posed danger to the entire family and upset the stability of their home, sued the family in a court of law for for damages, his doctor and hospital expenses...and that crack-pot (or on crack) judge ruled in favor of the thief, and they had to pay the lawbreaker.

So let's get this straight. A family pet can be executed for protecting his family against harm in their own home and the same family that is violated must provide health care benefits to the thief who broke in covering any injuries he might receive if 'hurt on the job.'

With this kind of dumb reasoning, marauding thieves will next be able to sue for mistreatment in the work place, and win. Can't have a hostile workplace y'know.

And don't think this cannot happen. Remember the U.S. Army Psychiatrist, Major Nidal Malik Hasan at Fort Hood, who turned on his fellow U.S.service members, shot up the base, killing 13 people and severely wounding 32, while Obama, after first praying in a mosque (photos of that with time-line documented) called this "a case of workplace violence" instead of Muslim terrorism? Stupidity (first usage of that word on this website) reigns.

And speaking of stupid, let's go to its core – Washington, D.C. where the ultimate example was reeled in by Rev. Ed. Berkey (retired) who promptly hit the 'send' button with this good catch: Speaking on health care (Obamacare) on Monday, Senator Dianne Feinstein said, "I've gotten 90,000 emails and faxes on the health care bill and over 85,000 of them are against it. After all the debate we've had, I can't believe that so many people still didn't get it!" With undue respect, Senator, [those] 85,000 DO get it.

Who can forget the memorable utterance of Nancy Pelosi when Obama's health care scheme was being forced through the house: "Look, just pass the bill, THEN you can see what is in it." This is the new intelligence that gives a whole new meaning to the initials USA – United Stupidity Access.

Changing lanes, Repairs began on The Capitol in D.C. after it was just discovered that there were cracks there...we knew that all along...deal of the month...today's Contra Costa Times carries a story and announcement of a new documentary everyone should see with the ticket prices as follows: "Cost: $7.50 for matinees: $8.00 for seniors and children." Step right up folks, have we gotta deal for you!....the government shut down could not shut down this ministry and today, marks my first month of being an 80 year old. Still active as a full time chaplain, minister, writer, and on the go...especially on the go now due to the diuretics that must be taken. Regardless, there can be joy in aging.