Rev. Austin Miles
So you want to be a celebrity

November 18, 2013
There was a time when being a celebrity was a highly privileged position. Those in that category were treated like royalty and respected. They were under strict orders from the studios to exhibit and maintain morality, dress well and use proper language. They stood out for those very reasons. There was a mystique about them that made them compelling. 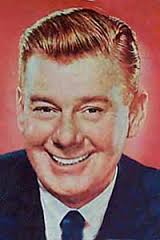 Yes, there were active kinky hijinks behind the cameras but they were carried out discreetly, not openly acknowledged or bragged about. In public they presented themselves well and were proper in their conduct.

There were far less problems for celebrities then than now. Of course there would be the occasional stalking problem or an obsessive fan that had become a troublesome issue, but that too was dealt with swiftly and without much publicity.

Rumors would crop up now and then, created and circulated by people who, by creating the rumor, implied that they were close to that star by having such personal information. The bizarre stories got the attention they craved.

The late Arthur Godfrey was a friend of mine. He was a guest star on The Royal Lipizzaner Stallion Show with his horse, Goldie, a show that I narrated. At that time my own recognition in show business had reached a point that I became the target of incredible rumors from people I had never heard of who claimed to know me.

Over lunch in Florida, I asked him if he ever had this problem of people creating rumors about him.

Arthur then told me a story that sums it all up. At the time this happened, television was not in full force. He was on radio and his photo was not used that much in news stories.

He flew his own DC 3 plane to his various personal appearances around the country. Landing in Miami a heavy rain storm broke, soaking everything. As he drove out of the airport he saw a woman on a bench waiting for a bus. It was just a bench, no shelter. He pulled over and asked her if she would like a ride, that he would take her wherever she wanted to go. She gratefully got in the car.

As they drove and talked, the woman said, "Y'know? You really should be on the radio. You sound just like Arthur Godfrey." He said, "Oh? Who's he?" The woman quickly responded, "Oh he's a good friend of ours but he is a terrible drunk and we have to put him in bed every night when he comes over."

Arthur stayed silent for a few moments. He was a teetotaler, he couldn't stand alcohol. He was not a mean man but knew he had to deal with this. So he reached in his jacket pocket and took out his pilot's license which had his name and photo on it and handed it to her.

When she saw it her mouth dropped open as she quickly handed it back and after stammering said, "Well, I guess you will put me out and I don't blame you." Arthur said in his deep resonant voice, "No...I will take you wherever you want to go but I have to ask you this question, WHY do people like you do such things?" The woman couldn't answer.

Here was a case of a star who did live life correctly. Still, this woman wanted to identify with him, not knowing that she was talking to the very one she was falsely trying to identify with.

There was a very expensive newsletter for news media, producers and movers and shakers of the industry called, Celebrity Bulletin that was a weekly publication printed in New York, Chicago, Boston, Los Angeles London and Rome, which told what celebrities were coming into a particular city, when, for how long, what hotel they would be staying in and the purpose for their visit – i.e.contract talks, negotiating a book, appearing on a particular TV program, or shooting scenes for a movie or commercial. The agents of the stars made sure their clients were mentioned.

The Celebrity Bulletin finally shut down. Stars no longer wanted their names and where they were staying published nor did their agents. Things were drastically changing in the industry. Hostility was being unleashed against high profile people.

The so called 'stars' of today have lost that mystique and became not only LIKE everyone else, but proved to be WORSE than everyone else. The respect for them evaporated, resentments rose and like Humpty Dumpty, they came crashing down off that pedestal.

The stars had started openly flaunting their private lives, dressing sloppily, speaking with street slang, telling all of their personal secrets on TV interview programs and using vulgarity, the 'F' word especially, on public interviews, something that would have been unheard of with the stars of a classier time.

The former admiration had turned to resentment. It is like learning the secrets of the magician who dazzles us. The mystery of them kept them on a pedestal. But when those secrets began to be exposed by publicity-hungry grade B magicians who had not made it, the entire profession came down several notches. The mystery was no more.

While the public is enchanted by what the actors do on the screen, those stars are now hated since they have proved that there is nothing exceptional about them except a decent performance, but they were just lucky to get to that point since they are "just like us-heck we could do that."

A sociology example is those who are on welfare and on food stamps who have been agitated to believe that they are 'socially deprived,' and should have everything that those who have worked hard have accumulated, and they go on rampages, march with signs, and spray paint attractive buildings (graffiti) to make them ugly. They want to tear down what they feel they cannot have because they are "socially deprived."

This explains the attacks on the stars today. And they have brought it upon themselves. An obsessed fan is a huge problem. It was an obsessed fan that stalked John Lennon and shot him dead. Those who try to kill the President usually do not base their actions on political philosophy but simply the recognition the president receives and want to bring that recognition to themselves. However, JFK's assassination WAS political.

A huge expense for movie stars and other celebrities is the necessity for body guards to be with them wherever they go with a cost of a million dollars a year.

Now things have progressed to the point that, according to The Hollywood Reporter (9/27/13), stars now must have their own armored cars costing three quarters of a million dollars or more (Kayne West paid $1.2 million for his), to travel in and to protect them from possible attack by gun wielding misfits. And this has happened.

It is too bad that the public now looks for someone to hate. And that hatred is especially directed to those who receive public recognition of any kind.

So you want to be a celebrity? No thanks. Been there...done that.