January 26, 2014
The Dotted Lines: As you know, California is experiencing its greatest drought in history. It is so dry out here that we received a letter from L.A. and the stamp was pinned on....Since the legalization of recreational marijuana in Colorado, Denver will now simply be known as the 'High City"....Freeway traffic so clogged and moves so slow that yesterday on a trip to San Francisco, two parking attendants came to my window for payment....With the changing structure of marriage, a woman recently was able to marry herself (we kid you not), which must be a real challenge for counselors when the one person couple gets into a fight. 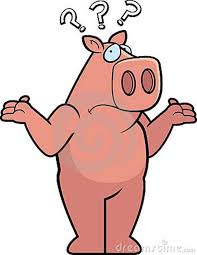 Insurance Madness: The Insurance Industry has become especially creative since Obama made it popular. Now there is Divorce Insurance and Wedding Insurance meaning that if something happens to the wedding ceremony arrangements, such as the groom or bride running away, all expenses will be covered. That woman who sued McDonald's for over a million bucks for spilling hot coffee on herself is already working on it.

Divorce insurance pays alimony and other considerations upon divorce (must be an expensive policy). This marriage and insurance madness is such that in the Midwest, a man called up Fidelity Insurance to see how much it would cost to insure his wife's fidelity.

Global Warming Certainty. Surely everyone has seen the news of a ship of scientists on a mission getting stuck in the ice in Antarctica. The rescue ship that came to help also got iced-in along the one that came to rescue that one. What the newspapers did NOT report was the fact that these scientists had gone there to study the effects of Global Warming on the planet. Looks like they found the answer first hand.

So with the lack of accuracy in reporting the news, what use are the newspapers? Rev. Ed Berkey (retired) came forth with a profound answer to that question, providing us with an easy guide to keeping newspaper reading in perspective:

1. The Wall Street Journal is read by the people who run the country.

2. The Washington Post is read by people who think they run the country.

3. The New York Times is read by people who think they should run the country, and who are very good at crossword puzzles.

4. USA Today is read by people who think they ought to run the country but don't really understand The New York Times. They do, however, like their statistics shown in pie charts.

5. The Los Angeles Times is read by people who wouldn't mind running the country, if they could find the time – and if they didn't have to leave Southern California to do it.

6. The Boston Globe is read by people whose parents used to run the country and did a poor job of it, thank you very much.

7. The New York Daily News is read by people who aren't too sure who's running the country and don't really care as long as they can get a seat on the train.

8. The New York Post is read by people who don't care who is running the country as long as they do something really scandalous, preferably while intoxicated.

9. The Miami Herald is read by people who are running another country, but need the baseball scores.

10. The San Francisco Chronicle is read by people who aren't sure if there is a country or that anyone is running it; but if so, they oppose all that they stand for. There are occasional exceptions if the leaders are handicapped, minority, feminist, atheist dwarfs who also happen to be illegal aliens from any other country or galaxy, provided of course, that they are not Republicans.

11. The National Enquirer is read by people trapped in line at the grocery store.

12. The Key West Citizen is read by people who have recently caught a fish and need something to wrap it in.

Finally, (thanks to Pastor Ed), it all now makes sense.

End of Life Decisions: Helen Trautman, CEO of Results Unlimited, a PR firm and Speakers' Booking Bureau in Pittsburgh, would have us believe that a friend of hers was sitting in the living room and said to his kids, "I never want to live in a vegetative state, dependent on some machine and fluids from a bottle. If that ever happens, just pull the plug," he commanded them.

"So," Ms. Trautman continued, "They got up, unplugged the computer and threw out his wine."

That's it! We're outta here Time for another long walk.