May 17, 2014
SPOKANE, Washington 5/16/14 – Pastor and Attorney Richard Lee is not one to blink an eye at powerful opposition from the left as he defends Constitutional Rights. Indeed, his law practice (www. YouNeedLee.com) specializes in that very subject, defending the rights of those caught in Constitutional spider webs. 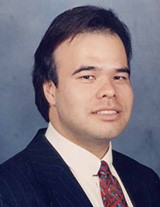 Gail Gerlach, a working man preparing to go to work, heard something in his driveway, looked out to see his SUV being stolen by a man identified as Brandon Kaluza-Graham, backing it out of the driveway.

Gerlach rushed out and shouted for him to stop. Not only was his vehicle being taken but all of his work tools, necessary for his job, were in it. Kuluza looked back and raised his hand with what could have been a weapon. Gerlach fired his gun, which struck Kaluza, killing him. Gerlach was immediately charged with murder.

The high profile manslaughter case in liberal Washington State spotlighted an important issue. How much force can one use to protect his life and property? "None" said Spokane County Deputy Prosecutor Deric Martin. He is a supporter of disarming America in a state that also supports legalized recreational marijuana use and gay marriage, along with other leftist causes.

Attorney Richard Lee assembled a legal team and an expert witness, which the Prosecutor demanded to be dismissed, since his testimony "could potentially taint the jurors." The jurors no doubt would have learned about Kaluza's extensive criminal history including drug use (they found a lot of that on him), theft, and violence, including attacking policemen who previously arrested him. The prosecutor did not want that background to be known.

It became a major media event since the 2nd Amendment of the Constitution was at the core of the trial.

Defense Attorney Richard Lee made his opening statements based on "The Sight of Fear," which Mr. Gerlach experienced that day. He used power points with photos and quotes from the investigating detective that were inconsistent with the State's theory of the case.

The Deputy Prosecutor INSISTED that Mr. Gerlach could not have seen anything because of the tinted windows. Mr. Lee argued that if that were true, then HOW would his client KNOW there was something in the thief's hand? The defense attorney then admitted as evidence a set of shaved keys that were found on the driver's floorboard near the accelerator, establishing that Kaluza was right handed, meaning he had to turn around with the keys in his hand, which meant that he was holding something unidentifiable that could have been a weapon.

Mr. Lee held the keys in his hand and said to Judge Annette S. Plese, "THIS is the sight of fear that Mr. Gerlach saw. THESE are the keys to Acquittal."

Prosecutor Martin was so deflated that he only gave a one or two sentence rebuttal, and sat abruptly down. After four hours, the jury came back with the verdict, "Not Guilty of the charge of Manslaughter."

Martin came back to another phase of the case, arguing that they shouldn't "find for self-defense, because that would mean that the jury believed the State shouldn't have filed this charge." The jury came back after another 3 hours, deciding 10 to 2 that it WAS self-defense and that the defense is entitled to attorney fees in the amount of $300,000, which will be paid for by taxpayers.

Lawyer Richard Lee gave a brilliant defense which produced a major victory for 2nd Amendment rights, a Constitutional Amendment that liberals try desperately to have erased. His case showed that the shooting was "justified self-defense."

This case drew national headlines and resulted in an appearance on Good Morning America for Mr. Lee, a rising legal star, who is also pastor of New Hope Church in nearby Ritzville (www.NewHopeCenterChurch.org), which is an independent non-denominational church.

This brings to mind our Founding Forefathers who enacted laws in the legislature. Many of them were also pastors. God and government went hand in hand. We could use more of that today.