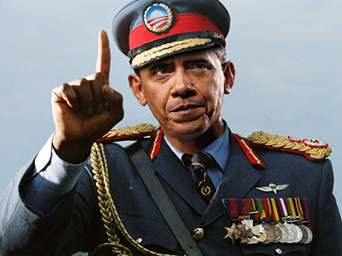 WASHINGTON, DC – Obama does keep his promises. He has let it be known that He intends to control the internet. That would include blogs and websites not to his liking. As his former "pastor" Jeremiah Wright proclaimed, "The chickens have come home to roost." They sure have with more coming.

My website, www.revaustinmiles.com, in the few years it has been up, had become the 'go-to' website, with almost 3 million viewers with a couple thousand new visitors every day. We broke original stories that the Socialist media tried to hide and many readers gave their hearts to God reading the posts. This has upset Obama and his Communist handlers more than anything else.

On Friday, June 20, 2014, my website, without any notice or warning was suddenly shut down. The explanation was that it needed to be 'renewed.' We hit that link and were confronted with demands for personal information that nobody could produce. At one point, after providing the answers demanded, with the help of my webmaster, Timothy Vaughn, Jr., we received notice that all information requested had been completed and that we should be back on the air in 72 hours.

When that time passed I contacted the people who had shut me down saying that I had been promised it would be back up. The "customer service" rep stated that the one who told me that had no authority to say such a thing.

There was no particular name that I could request to talk to since nobody seemingly knew who was there or where. I asked to speak to a supervisor and that was denied.

I called in Pati Neal, whose husband LB Neal had set me up on the web, and she contacted them. She and her husband, who passed away last year, were partners in owning the site. She too was yanked around by the staff. No matter what she provided to them was not enough.

Now the final insult: We have been informed that my site will go up for auction and that we could bid in that 'auction.' And you can bet that even if I took part in that outrage, to bid for my own site, the bid would never go through.

This is only a start in what is coming down the pike with more and more chickens coming home to roost as Obama's promises are fulfilled..

I once wrote for a prominent Christian news site based in D.C. I wrote about the coup of The White House by Obama and his handlers, Communist Party USA (CPUSA), and how he claimed to be voted in. Those 'votes,' were proven fraudulent including hundreds of thousands of votes by dead people. So many dead people "voted" with 'votes' that were counted that they should put up polling stations in cemeteries.

Within an hour of the posting of that story, it was yanked down and scrubbed. The editorial offices are within walking distance of The White House. The only explanation given was that 'somebody' complained about the story. When one of the editors of that news site quit and moved on, he told me that yes, they had 'a visit' from somebody requiring my story to be taken down. And I was axed from the pool of writers there.

This is only the beginning. Obama has done everything he has promised. He promised Joe the Plumber, before he was put into office, that he would 'redistribute the wealth.' And he has kept that promise, even though a lot of that wealth was received by him and his family who have squandered at least a billion dollars taking elaborate vacations and using Air Force One as a taxi while the nation struggled..

He promised CHANGE in America. Why did we need change from our Constitution and the Godly principles of our founders? He made a change which we see daily. Today, San Francisco along with other cities in the U.S. and overseas, are celebrating Gay Pride Day, with shocking vulgar displays including nude people and sex on display. And last night, San Francisco had its first ever Transgender Parade. Again he TOLD us that is what he would do. And nobody challenged him.

Efforts to bring us to Communism dates back a long way with individuals. In 1900, the first ever Communist Organizational Meeting took place in Indianapolis. In the 1960s, fully orchestrated, it broke forth with the stoned hippies as 'useful idiots,' who, given the promise of 'freedom,' were supplied drugs, alcohol and easy women. Slam-bang Rock music replaced the soothing music of the past.

Their chant was "challenge authority" which would have meant Christian based government, the churches, marriage and family.

U.C. Berkeley became noted for The Free Speech Movement. What a misnomer and deception. We had that already. They meant free speech for those who would deviate from ethical living and open the way for those who want open vulgarity, sex, drug use and chaos.

Communism which is already in place, is brought to light gradually. It is due to hit full blast soon, when a 'neighborhood captain,' will knock on your door and say, "Here are your orders.

There will be no election in 2016. Obama intends to expand a crises just before that time, declaring a national emergency and proclaiming himself Dictator for Life. That is exactly the plan unless Congresspersons do what they should have done the moment of the fraudulent takeover of the Oval Office and remove Obama from that office before we are totally destroyed. He CAN be removed..

Even if my website goes back up there will no doubt be a loss of visitors. That is the goal. To do their best to silence. and to slow down those of us who write truth.

Meanwhile I will continue to write on internet websites where truth can be found.