August 15, 2014
MARTINEZ, Ca (8/14/14) – The most shameless marketing scheme of all time, driven by people with no conscience whatsoever, targets injured veterans as they try to make an appointment to see their doctors at V.A. health clinics. 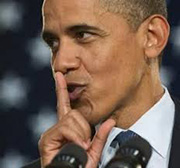 Somehow they have hacked the VA health care phone system as discovered this morning when an attempt was made to make an appointment in the Martinez VA Clinic.

After the government number was dialed, a greeting came on sounding like the V.A. but a bit different as the operator told the caller if he was over 56 to press the #1 button. This was done.

Next the operator said that this veteran was 'qualified' to get a free health alert system, with buttons to press if accepted or rejected. It was rejected. You can bet there would be money required for 'processing.'

Next the operator stated that I qualified for a $100 gift card for Walmart, and some other stores. To receive it, I must pay a small amount and should give my credit card number. Sure!

When this veteran pushed the rejection number, the operator stated with hostility: "Please hang up the phone.!" Then I was cut off, meaning I had to start all over.

Furious, I called the VA number again, this time reached the legitimate operator and reported this scam before making the appointment needed. The operator said she would report this to her supervisor immediately and was quick to say that this was NOT the VA's message.

The idea of the scam was to get the veteran's credit card number which could be used tor identify theft and for charging other merchandise to it.

VETERANS BEWARE! HANG UP IMMEDIATELY WHEN THIS HAPPENS, THEN NOTIFY THE VA. If possible record the message when it comes up at the beginning of a call. Nobody could be lower than those who would try to scam wounded warriors.

The Veterans's Administration has already been under fire for the mistreatment of wounded soldiers starting in Phoenix and discovered in other government facilities.

The above is not a part of that. This is from the outside coming in.

In other government news, The U.S.Navy instructed housekeepers to remove Gideon-placed Bibles from every hotel room on its military bases.

"We were told that due to a new policy by the CEO of NEXCOM, Rear Admiral Robert J. Blanchi, we were to remove the Bibles from the rooms," a housekeeper told American Family Association (AFA) in an email. "They told us to put them in boxes, where they would be taken to a donation center somewhere."

Is the U.S. Government insane? They expect military personnel to go out on the front lines with their lives in danger without any spiritual protection? Yes, as a matter of fact, they do!

Congresspersons: It is time to get Obama out of the White House without further delay. Thanks to that imposer who was NOT voted in but PLACED in The Oval Office by fraud, America has begun the crumbling process. We must not allow it to continue. He must be stopped NOW.

Update to This Story: As of today, August 15th, the U.S. Navy reversed their empty headed decision to "impound Bibles." One atheist organization Americans United for Separation of Church and State, sent ONE letter to the Navy complaining about the Bibles and the Navy acted on it. However, THOUSANDS of letters from Christians flooded the Navy Offices. They really acted this time. Today, the Bibles remain untouched. This proves we can effectively take a stand and see results.

Photo Caption: Shhhhh-Don't Tell Anybody How I Got In