September 24, 2014
Becoming educated about all essential things is the duty of all who would contribute the most to the world. These essentail things include knowledge of The Bible. So much so that I even encourage ATHEISTS to read this two-volume set for good reason. 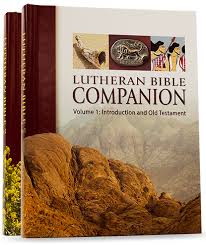 So why would atheists 'need' to read this set? To keep themselves from publicly making fools of themselves with stupid comments about The Bible, God and Jesus as they have been heard to do, verifying the Bible statement that, "The fool hath said in his heart," There is no God". Psalm 14:1.

This especially hit home when this writer was deceived into speaking to a group at the University of Berkeley under the guise of book publishing. The truth was quickly revealed that it was an audience of atheists with the goal of tearing me and my faith apart in front of an entire Catholic school class they had invited to hear me.

Before I even started they began a harangue of me over my beliefs in God, with distorted comments about the Bible and what it said. Some of those "scholarly" remarks were so off the chain that even the atheists groaned.

When finally allowed to speak, I told them that they had missed having a real impact on life and society. To successfully do so, one must master two things: the thing you love and, the thing you hate. In this case, they were told, you love your intellectual abilities and science, but you hate God, The Bible, Christianity and especially Christian ministers (slight bow). Yet you have already proved that you know nothing about the thing you hate, and your ignorance on this topic has produced embarrassment to your peers.

They were then told that this shortcoming is due to their retarded knowledge of the subject they claim to know. The Catholic students by this time were cheering.

This Concordia Publishing House set of books, Lutheran Bible Companion, is just that, a companion that everyone needs to keep close by, to be read by all.

A brief outline of every book in the Bible along with the historical and cultural setting of that time is given. Each chapter contains some of the most profound questions regarding them.

This writer was especially interested to see how, The Song of Solomon, would be handled since there are so many issues raised by critics about it. How much do you really know about that book? This Lutheran set of books shows the realms of thinking on this subject such as: The fundamentalists state that this book is allegorical, explaining the love that Christ has for the church, certainly nothing else. So there! The leading mystics and theologians of those times, including Origen and the more historically minded, Jerome, held to that notion.

Others came forth with the mythological approach, to convince others that this book is an allegory of the "marriage of Yahweh (Hebrew word for God) and Israel," while some proclaimed the poem as an example of the beauty of monogamous marriage, which would be strange, since King Solomon had 700 wives and 300 concubines. This Shulammite girl was an extra one on the side. And this all took place, dear readers, before Viagra!

Even though the Bible shows human frailty clearly among the early leaders, the idea that this was an account of a ruler who simply lusted for this Shulammite chick would NEVER even be thought of. The horror of it all! The Song of Solomon commentary begins on page, 675.

This set is not simply a commentary. It brings into discussions all the major issues of the Bible with careful analysis, some which contain opposite views, and questions. It is a book for Christian thought and growth, and a MUST for pastors of all denominations. This minister/chaplain has greatly benefited from this set which is always close by my study desk.

This two volume set not only stands out for content but for the very beautiful way it is packaged, with exquisite color photos throughout and written in flowing language that everyone can follow, understand, appreciate and enjoy, even without a Ph.D.

The Lutheran Bible Companion, just published by Concordia Publishing House-St. Louis, is highly recommended for all. It is a constant reference book that readers will pick up often.

CONCLUDING NOTE: That U.S. Berkeley atheist affair I was tricked into going to caused a lot of discussion. The chairman called me up yelling on the phone about the results, then called me back for coffee. The unscheduled from-the-hip talk had gotten to him.

He was moving, had very expensive furniture, and wanted to donate it to a church. Another wrote this in their 'Skeptic's Newsletter:" Rev. Austin Miles, a controversial guest, made us think. And after all, isn't that what skeptics are supposed to do? Think about all things?"

Several of the atheists bought Bibles to read after the talk. And the Catholic students walked out of the meeting in triumph, strengthened in their faith. As Shakespeare said, "All's well that ends......."